India to London road trip, part 7: The beauty of Kyrgyzstan

The group was cheated out of the rooms they booked and had to stay the night in tents; however, this led to one of the most beautiful mornings of the writer’s life 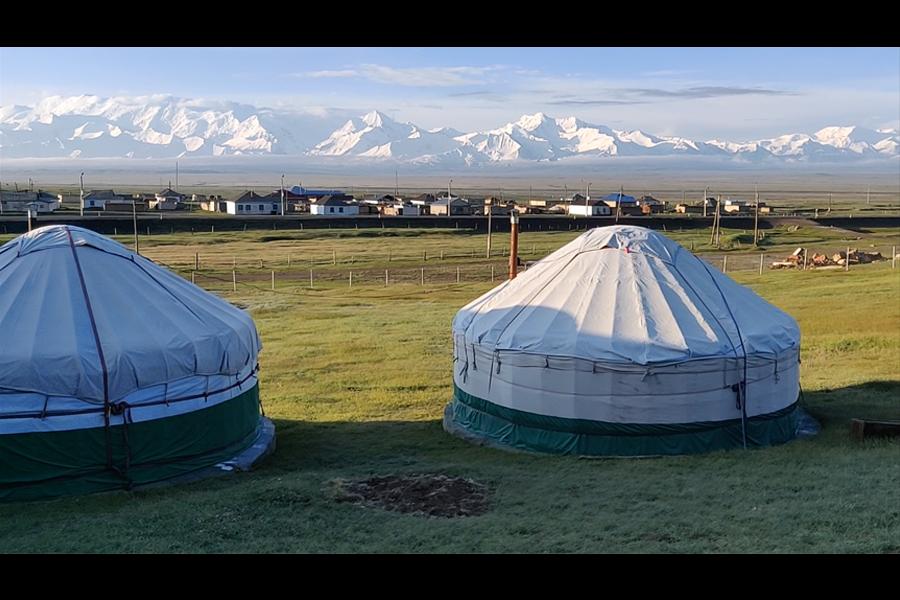 As soon as we left China to enter Kyrgyzstan, the terrain changed, as did the nature of the people. The roads here, and the signage along them, were no comparison to those of China. Many roads were broken in parts, but the setting was grand, with hills and clear clouds in the distance. I wish we had such clear air back home too.

The immigration check took some time, as we had applied for online visas, and the officer was left confused—he had not encountered this yet. He had to call a senior officer, who cleared us after scanning our visa document.

The custom check officer was tall, handsome and cheerful. He spoke good English and his presence made me comfortable. He was friendly, and offered me a cigarette. I gave him all four carnets for the vehicle import stamps, and he asked me to wait. After a while, I was called to his office upstairs and asked whether I need a stamp on the carnet. I hesitated, and told the officer that he should do what the law of his country asks for—and whether he stamps the carnet or not, he should be sure that we should not have any issues departing from the country.

Again, I was asked to wait for half an hour, after which he gave me four letters, one for each of the three motorcycles and one for my car, stating the entry of the vehicles into Kyrgyzstan. He repeatedly told me not to show the carnet at the border leaving Kyrgyzstan, and instead, give the letter of entry to the custom department, who would register the exit of vehicles. He assured me that there would be no issues at all. His friendly nature and smile won our confidence in him.

I asked him where to buy insurance for the vehicles, and he said it was not necessary to have foreign vehicles insured here. However, before immigration check, the three motorcycles were allowed to move to the custom check, while my car was detained. The guard here was corrupt. He used the translator on his mobile asking me for a bribe of 50 Chinese yuan for not checking the car and letting me go through. I spoke to him in Gujarati, and refused to understand what he wanted.

The time difference between Kyrgyzstan and India is 30 minutes. The landscape was of magnificent snow-clad mountains, and clouds that seemed to touch the road at 3,000 metres. We crossed Naru Hypa River, which was frozen in some parts, on way to Sary-Tash. It did rain for half an hour, but lucky for the bikers, it stopped, as the cold rain water makes it very difficult to ride. The currency here is Kyrgyzstan som, which is almost the same value as an Indian rupee.

It was 7 pm and raining quite heavily as we reached and checked in. Two kurts [local tents] were allotted instead of the one room and tent we had booked—the two rooms in the constructed area had been given instead to tourists from Germany and Austria. We thought this was unfair, especially as I had made the booking two months in advance. The rain intensified. There was only one toilet for all the guests, but we managed. Otherwise, the mother-daughter owners looked after us very well. 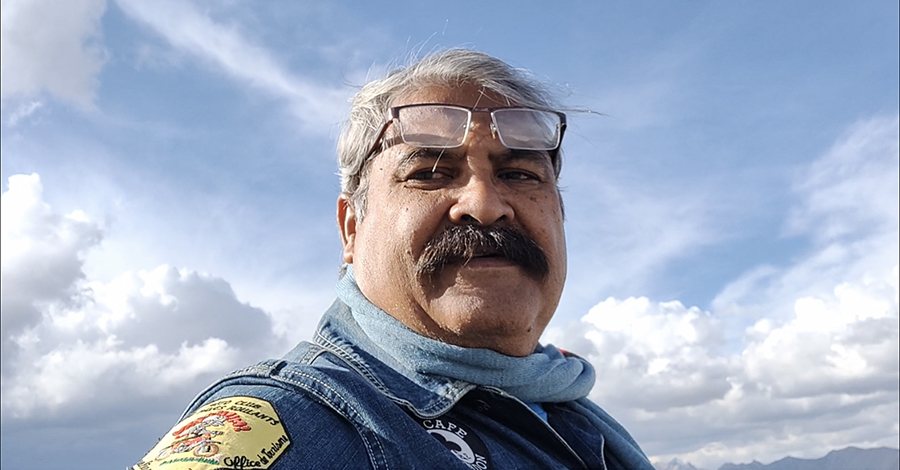 The morning was one of the most beautiful of my life—sun shining brightly, snowy mountains on one side and green hillocks on the other. Half of my car was covered in snow, while the other half, where the sunshine hit, was dry.

We set off with some hot tea and breakfast made by the host, and didn’t regret staying in the tents, which were, in fact, more comfortable than the rooms, even though they cost more. At 9.30 am, we left for Osh, about 180 km away. Finding fuel was a little difficult, as most pumps were closed and understanding the grades of fuel was not easy. Finally, about 80 km on the road to Osh, we came to a gas station that had fuel and would accept USD. However, they would only accept $100 notes, not $20; I learned later that banks too do not accept $20 denomination. We had to move on.

We reached Osh city, a few km from the border of Uzbekistan, by 6 pm. After checking in to the hotel, I wanted to go for a walk, but the rain had other plans. Since we had been eating Gujarati food packets for days, we decided to order margarita pizzas for dinner. Two 30-inch pizzas came as a surprise, as we expected them to be 30 cm. However, it was a good change for us. Washing of clothes was a priority for all. The next day was a rest day, and with warm weather, which was soothing.

We had already travelled more than 5,000 km on the tour, and so, a service and oil change of the motorcycles was on schedule. I had tied up with Zorro Moto, a company run by a Swede, Dave Fuchser, who offers motorcycles on rent and has a modern work shop. While he was away, the manager, Mukhmuov, welcomed us. We could not wash the bikes as water in Osh was on short supply and the taps ran dry. It was a pleasure to be here as we found a solution to all the motorcycles’ issues.

After getting the much-needed car wash, we visited the popular Osh Bazaar. The participants were excited and bought many local souvenirs. The plan was to eat at a local restaurant, but the participants did not like the aroma of non-veg food around, so had pizza again for dinner instead. It rained again in the evening and we hoped to have a clear day the next day.

What a view to wake up to in Sara Tash...snow clad mountains and tents. A wonderful experience

3,452
Thank you for your comment, we value your opinion and the time you took to write to us!
Comments 1