India to London Part 2: Preparing for a vegetarian sojourn, and a shocking recce in Nepal

All the women in the group are vegetarian and don’t eat eggs, but this didn’t stop us. I started things off with a recce in Nepal—and came back shocked, to tell my group to prepare for the most dangerous ride of their lives 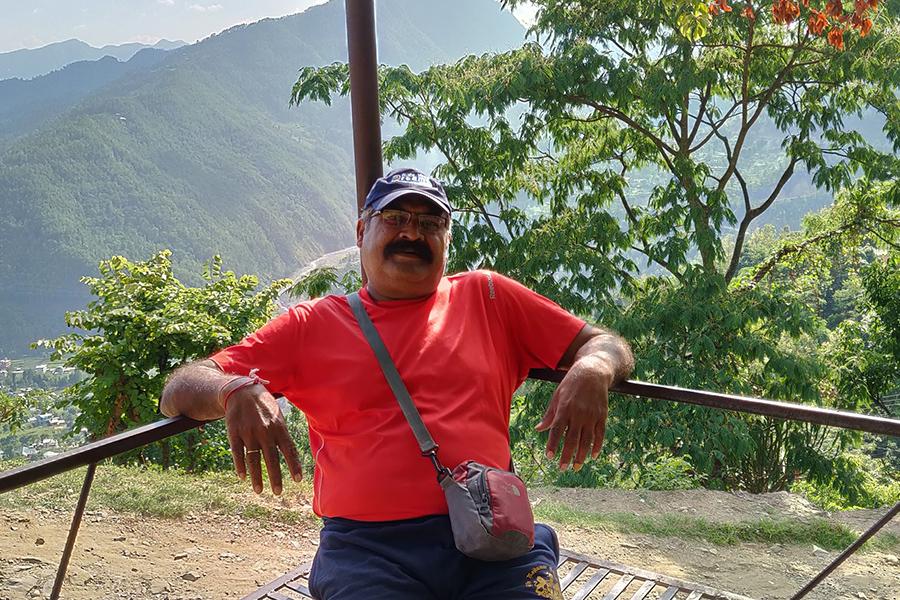 Kumar Shah takes a break enroute to Shyafru Besi, while the bikes cool down.

This time was different from my solo sojourn from Vadodara to London in 2013. By myself, I didn’t have to worry about delays en route, but could adjust to changes of plan at the last minute.

For instance, I was not comfortable riding in Russia from reports I had gathered, and intended to enter Ukraine after a 185-km ride through Russia. However, Ukraine denied permission, and I had to ride 3,000 km through Russia instead, from Astrakhan to St Petersburg, and travel onwards through Scandinavia instead. I had not planned to go through these countries as I had a limited budget, and their standard of living is high.

In April 2018, Dr Sarika Mehta, the leader of Biking Queens – Surat, a group of lady riders, contacted me. They wanted that I lead the tour -- they would ride and I would follow behind in a backup vehicle. The participant list whittled down to three, accompanied by a mechanic, a photographer and myself. As per my understanding, many riders didn’t sign up for a fear of the unknown—which also prevents masses from realising their dreams. 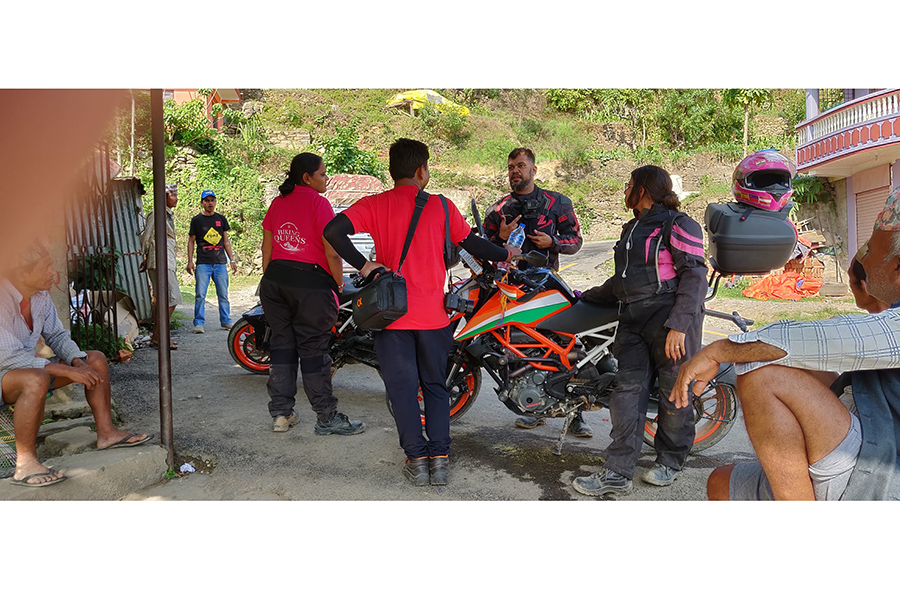 The biking team halts to allow the bikes to cool down as they over heat during the steep climb enroute to Shyafru Besi.

All the participant riders are vegetarian, and do not eat eggs. This was going to be a challenge. Apart from regular details, I began to hunt for restaurants that served vegetarian food in the countries I was to take these riders. While Europe has many options, the Commonwealth of Independent States (CIS) countries don’t always offer much. I would end up carrying dinner for 40 days—ready-to-eat, Surti, Gujarati food packets of their choice, and lest we forget, mithai too.

Hotel bookings also possess a big challenge as they have to be on the route and near to the path that we shall ride. Indian passport holders have no advantage here—they do not get visas at the border, except for in Nepal, on the route to London. Russia, in particular, gives us limited days to cross their huge country. The entire road journey of 84 days shall cross through 21 countries and 3 continents. I have planned the final destination at ACE CAFÉ London, the oldest biking café in the world. Mark Wilsmore has been kind to invite us and make special arrangements for our arrival. The countries that we shall ride through, starting from Varanasi, are Nepal, China, Kyrgyzstan, Uzbekistan, Kazakhstan, Russia, Latvia, Lithuania, Poland, Czech Republic, Germany, Austria, Liechtenstein, Switzerland, the Netherlands, Belgium, France, Spain, Morocco and the UK.

A recce in Nepal

I was unaware of the status of the roads in Nepal after the earthquake, so I decided to conduct a recce from Kathmandu to the border of Nepal and China.

Along the way, I sampled some local food too. In Nepal, you’ll see tons of T-shirts in tourist areas with jokes and memes about the local staple, ‘dal bhat’. It’s just like that of a thali in India, portioned for one person—with rice in the centre, surrounded by small portions of chicken, fish, meat or  vegetables, along with salad, chutney and papad. The best dal bhat I ate was at Battar Market in Bidur, served in heavy brass utensils that reminded me of my childhood. I tried various Nepali dishes, and my favourite remained the Newari food—beaten rice, chicken choila and a dish called Bhutan.

Back on the road: There are two borders from which one can enter China—the Kodari and Rasuwa borders. The Kodari border was more popular, but shut after the earthquake.

It was perhaps the most shocking recce of my life.

I was to ride an Enfield from Kathmandu to the border, but my good friend and fellow rider, Sunil Manandhar—popularly known as ‘Diamond Sarkar’—advised hiring a four-wheeler instead. As he is the president of the Enfield Riders Nepal Association, I took his advice, knowing he would have his reasons.

Locals and newspapers in Nepal have reported tremendous road progress all over the country. We rode out in a Lexus for the recce, which belonged to Manandhar’s friend, and despite this, came back with stiff backs. There were no roads. Every bit is badly broken, with big boulders lying around. The 185 km from Kathmandu to the border took 13 hours to traverse, an extremely dangerous drive.

Locals and newspapers in Nepal have reported tremendous progress in road development after the 2015 #NepalEarthquake, all over the country. But Iwanted to check things first hand. Before the journey started, I did a recce from Nepal to China border and we rode out in a #Lexus, and despite that, came back with stiff backs. There were no roads. Every bit is badly broken, with big boulders lying around. The 185 km from Kathmandu to the border took 13 hours to traverse, an extremely dangerous drive. #IndiaToLondon #SilkOdyssey #silkodyssey2 #roadtrip #nepal #roads #recce #n #biketrip #rideyourdreams #adventure

Video of the actual journey through the rough terrain that the bikers had to pass through.

We planned to pass through in June, when rains could make things even more difficult.

We planned to pass through in June, when rains could make things even more difficult. I sent the Biking Queen riders a message that they should be prepared for the toughest ride of their lives in Nepal.

Read the first part of the series here.

2,595
Thank you for your comment, we value your opinion and the time you took to write to us!

Tweets by @forbes_india
Prev
Riding from India to London through the Silk Route, on a motorbike
Next
India to London road trip, Part 3: The most dangerous drive of my life, in Nepal