Covid-19: When residents took over a Sahakari Bhandar store

Volunteers from a residential building filled in the gaps in staff at the local supermarket, and left lasting lessons for the consumer relationship dynamic 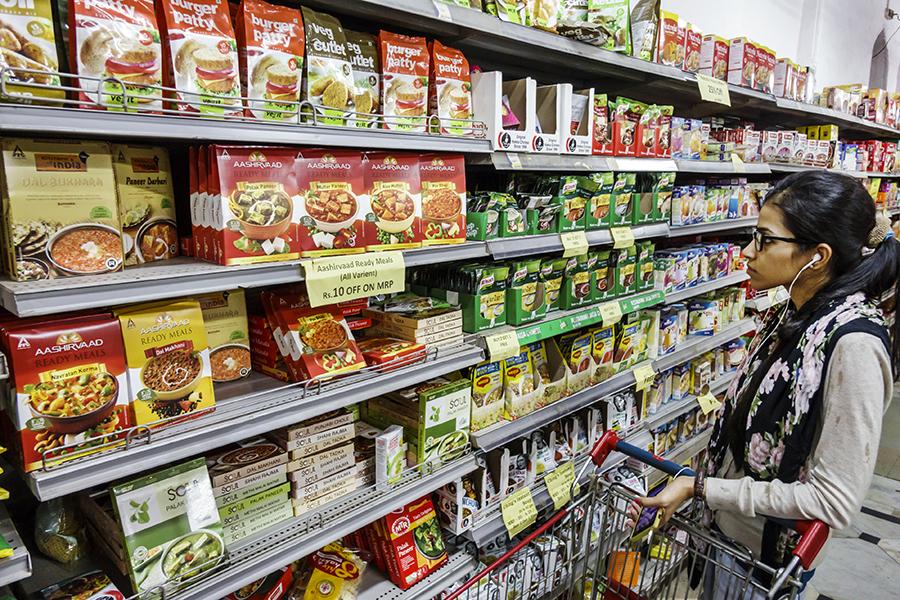 Here’s a question: How important is it for a retail outlet to engage with the community?

In India, modern retail, a fairly recent phenomenon, has made all the right moves to attract customer loyalty. A very large part of the strategy is oriented towards getting the right price mix. But is it possible to go further? What happens when the store engages with the local community, and tries to become the centre of community activity?

This is the old-fashioned concept of the village store, that mainstay of Miss Marple novels, where all action revolved around the general store. It might be hard to go as far as that, but it’s true that a lot can be achieved if the store goes beyond being merely the site of commercial transactions. This story about a small store in the heart of Mumbai, and how it has become, not just the centre of a community, but also a catalyst for community action, illustrates how community engagement can literally turn things around.

This Sahakari Bhandar is located in the parking lot of an apartment complex of about 600 families. There’s nothing out of the ordinary about the store, except that it’s probably the first one of its kind in a residential complex, catering exclusively to the residents and staff of the complex. After three years of existence, the store had settled down into a routine, following the path laid down by most retail outlets. Some customers were more frequent than others, some fruits and vegetables were more popular than others, and there were some unique services that the store offered, the door delivery of milk being one.

Then, on March 22, as Covid-19 rampaged across the world, the government of India, like most other governments, announced a lockdown. The ensuing chaos got a chokehold on Sahakari Bhandar also. Pandemonium ruled as the store opened to empty shelves, and what was even more disturbing, no staff—no one to unload the trucks, to fill the racks, to weigh the fruits and vegetables. This story is about how the threat of a store turning bad, and perhaps even shutting down, was turned into an opportunity by the residents of the apartment complex.

It all began with a truck full of fruits and vegetables rolling into the complex parking bay, with nobody to unload it. The store workers had been unable to join duty in the absence of public transport. The residents, like everyone around the city, were desperate for supplies. It would be ironic if the truck had to be sent away because there was no one to unload it. That’s when the members of the managing committee of the complex sent out a call for volunteers to unload the truck. Within minutes, a posse of residents showed up at the unloading bay and began heaving the laden crates onto the loading palette.

‘It’s the perfect upper body workout,’ beamed one of the men, flexing his biceps. With great jocularity, the volunteers managed to transfer the contents of the truck to the store. The bemused store supervisor looked on as, under his guidance, the same men proceeded to unpack the crates and fill the shelves. Many hands make light work. Within an hour, it was as though the store had never been empty.

By the evening, word had gone round that Sahakari Bhandar was in need of help, and the residents would have to step up to ‘manage’ the store. Several hands were raised to be in the volunteer team. A ‘leader’ was appointed, and his job was to coordinate between the volunteers, the store workers, the Managing Committee of the housing complex and the management of Sahakari Bhandar.

Since then, there has been no looking back. From day one, it was clear that the experiment was going to be successful. Volunteers have swollen to 40 from the initial six. Residents themselves appreciate the value of the enterprise that has now become the centre of every resident’s existence. With a complete lockdown, it was almost like a war zone out there, but with a Sahakari Bhandar inside the complex walls, the residents here knew nothing about it. The volunteers ensured that.

So many things could have gone wrong, and yet they didn’t. ‘We’re amazed to see the dedication and sincerity of the volunteers,’ vouches one of the staff members. ‘It’s as if they own the store. Earlier they used to be on the opposite side. It’s so reassuring to have them on our side now.’

The volunteers have been working without a break to ensure that SB functions seamlessly, and provides a good and safe customer experience. Rules have been put in place, and every resident has been asked to follow these. The team is uncompromising about certain protocols. There’s a hawk’s eye on hygiene. Every customer has to use hand sanitiser before entering the store. Within the store, the volunteers encourage customers to shop fast and maintain social distance. They help the customers to locate items on the shelves, carry their filled shopping baskets to cash counters, bag the items. Customers have to queue up to wait for their turn to enter the store, and a token system was introduced when the queues became too long to be sustainable. Now everyone is allowed entry only based on their allotted time slot. The short queues are a testimony to the success of this system.

Stories abound of the camaraderie between the staff and the resident volunteers. When one of the former narrated his commuting woes, a resident immediately offered him a bicycle.

Volunteers began to look upon the store with new eyes. They observed the customers, and started coming up with their own ideas on how to run the store, what items to stock. The quick response from the management and its willingness to listen to their suggestions enthused them further. It also made them more careful about overstocking.

‘We’re really careful about leftover stocks, and try very hard to push them to customers. One day there was a sanitisation drive, and the store wasn’t replenished,' a volunteer said. 'Some of us took it up as a personal mission to reduce the old stock of fresh produce to the minimum, since the next day it would all have to be discarded. In fact, once in a while, the volunteers themselves buy up extra stocks at the end of the day!’

From just another store in the basement, Sahakari Bhandar has become the site of a unique experiment in cooperation, one that has given to its customers a fun, happy shopping experience and to its associates a calm, stress-free work environment. Going beyond mere transactions has paid rich dividends to this particular Sahakari Bhandar. Perhaps there’s a lesson in that for everyone else.

(as narrated by Sangeeta Mall)

12,645
Thank you for your comment, we value your opinion and the time you took to write to us!

Tweets by @forbesindia
Prev
The customer is not 'your wife'
Next
India's kirana stores, the original ecommerce play