Decoding the groundswell behind Patanjali 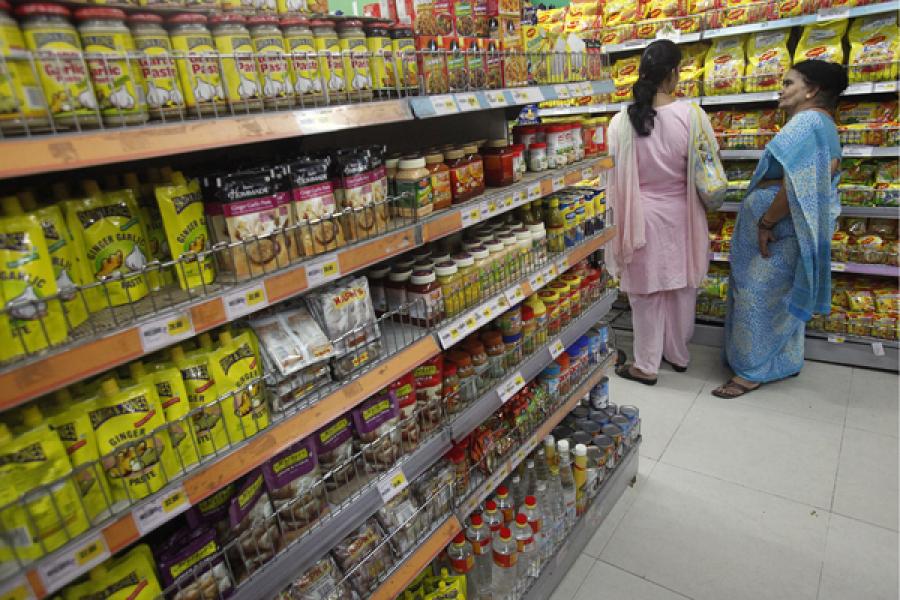 It’s difficult to recall the last time an Indian company, any Indian company, created such a stir in the public imagination. For a corporation to do that so quickly in the almost unbreachable bastion of consumer goods is more than remarkable. In fact, it is a phenomenon that deserves analysis. Patanjali’s rise has been nothing short of meteoric. Within less than two years, this David has taken the Goliath called the FMCG sector, with many multinational participants, by surprise, sending many of them running for cover, and getting them to restrategise to compete effectively. Such an event has never happened before in the history of Indian consumer goods. In fact, when such a history is written, Patanjali will get a whole section to itself.

How does an unknown company enter people’s bathrooms and kitchens so quickly and with such low marketing investments? Is there something unique about this corporation? Can another corporation with similar offerings get the same acceptance? Was there a need gap that this company has filled?

An analysis of Patanjali’s success leads one to the inevitable conclusion that there is a groundswell in favour of companies and products like Patanjali that is linked to some external factors, the most significant of these being our evolution as desi consumers. Both research and empirical data demonstrate that finally Indians are unapologetic about their consumption patterns, that they no longer look to the West to validate their choice. There are three uniquely Indian phenonema that have delved into this development, and fortuitously for Patanjali, it has successfully straddled the three to immense success. I call these the Amish, Ayush and Amul axes. Let us see what these mean.

Axis 1: AMISH
Amish is the largest ever author of English language fiction in India.  He has written the Shiva Trilogy – fiction loosely set in ancient India, based on Indian mythology but addressing modern youth, speaking their language. While, in the past, readers depended on Western fantasy and genres like Marvel Comics, the Shiva Trilogy set these bonds free, giving us a very homespun story and demonstrating the power of our cultural heritage. Amish is representative of an emerging brand of writers, those who pick on traditional Indian narratives and make them relevant to modern living. Another such writer is bestselling author and celebrity speaker on business management, Devdutt Pattanaik, who draws his vocabulary from Indian epics, making him instantly familiar to present day readers and management professionals. In fashion, Fabindia has proudly showcased Indian fabrics and designs by retaining the weaves but modernising their presentation. Another significant presence in this narrative of modernising Indian heritage is a beverage brand, Paper Boat, that has brought us our traditional drinks in a contemporary format with state of the art packaging and production, giving multinational beverage companies stiff competition and sending them back to the drawing board for introduction of drinks like the very Indian nimbu-paani.
Across categories, an increasingly confident Indian consumer is embracing modern, trendy things that draw from desi preferences, grandma stories. For instance, just a few years ago, it was impossible to expect the humble ‘masala chai’ in upmarket hotels.  Today, they serve it with pride!

Axis 2: AYUSH
Worldwide, there is a move towards more natural, herbal and holistic products.  India, with its very large Ayurveda/herbs based products sector, has a running start in this trend .  So far this sector has been serviced mostly by small, local outfits peddling non-standard food, personal care and wellness products. While the Ayush products and services market has always been large in India, there are very few organised sectors players in it. Traditionally, the easy availability of these services has meant that, unlike in many other countries, Indians haven’t had to ‘go back’ to this ideology. It already exists, albeit in a fragmented form. Companies that have recognised this consumption preference and catered to it have emerged winners. Dabur and Himalaya have always kept their flagposts in this sector, to great success. Gradually, multinationals like Hindustan Unilever are also making tentative moves towards the Indian preference for traditional remedies. Fitness experts and nutritionists are going to town with their homegrown mantras, prescribing grandma recipes for various ailments.

Axis 3: AMUL
Amul is one of the largest food brands in India.  It is run by a dairy cooperative that has a  not- for-profit demeanour.  Everyone trusts Amul’s product quality, which the corporation works hard to deliver consistently.  However, Amul is a simple product with minimum fanfare and a no-nonsense pricing.  People love Amul butter, ice cream and even mozzarella cheese. The brand’s biggest appeal lies in its value-conscious approach.

Such in-your-face honesty and no-frills offerings for daily use products generate strong customer loyalty.  Many other successful examples of such an approach are emerging on the Indian marketing horizon. In recent years, Balaji Chips (20% more chips, good taste, no advertising) has become a formidable player in the snacks market.  In the modern retail sector, a player called DMart has fired the Indian imagination with its noisy, crowded, low service but amazingly low prices. DMart’s value proposition has been hard to beat by much larger chains.

Each of these three axes, Amish, Ayush and Amul, are phenomena that have created large success stories in India, in recent years.  Most of the examples cited above have forged their own path while capitalising on the growing confidence with itself that India is demonstrating. Companies and creators that have used this narrative have found themselves riding a wave of popularity, an outcome of the empathy they generate. Brand Patanjali sits right at the intersection of all these three phenomena.  It is an apologetically proud desi (Amish), natural and herbal in its formulations (Ayush) and a simple, no frills brand in its packaging, advertising and expression.
While not taking away from the amazingly smart entrepreneurship of the promoters of Patanjali, I daresay that at this time, the market was ready to crown any company that understood it and made a similar, honest offering.

With this trend of proud, desi customer here to stay, there are a host of goods and services that, if presented appropriately, have the potential of capturing the Indian imagination and of course, in the process, making a small fortune! How about having a fresh, chilled, FSSAI-approved, hygienic paan to round off this feast of thought?

21,247
Thank you for your comment, we value your opinion and the time you took to write to us!

Tweets by @forbesindia
Prev
Hard idlis and flat dhoklas... why breakfast is a nightmare for some
Next
MRP - Micro retailer's poison pill!