Happy Karva Chauth: Here's to the marriage between tradition and modern tastes

Ranjit and Payal Saxena live in Noida, near Delhi, in a new apartment block. Ranjit is a software consultant with a multinational, while Payal, an engineer herself, is a stay-at-home mom. Apart from everything else, Payal loves Karva Chauth for the fresh feeni, the thread-like concoction that is soaked in milk and eaten early in the morning. The sweet is available in the shops just a couple of days before this festival and isn’t to be seen the rest of the year. Feeni is traditionally eaten by the wife before the start of the day, presumably to ward off the hunger pangs occasioned by the fast, but the entire family loves it and joins Payal in the morning to enjoy this delicacy. Feeni is an import from Rajasthan, certainly not native to Punjab and UP, the two largest states where Karva Chauth is celebrated.

No Holi in the Marwari neighbourhood of Mumbai’s Andheri is complete without the traditional thandai, a cooling drink made with exotic ingredients like almonds, black pepper, poppy seeds and crystallised rose petals (gulkand).The Deshpandes in Amravati in Maharashtra always have one dish on the platter on the day of universal fasting: Sankashti—sabudana khichdi. Sabudana, or tapioca sago, was originally an import from distant Tamil Nadu. So, how did it end up in Amravati? 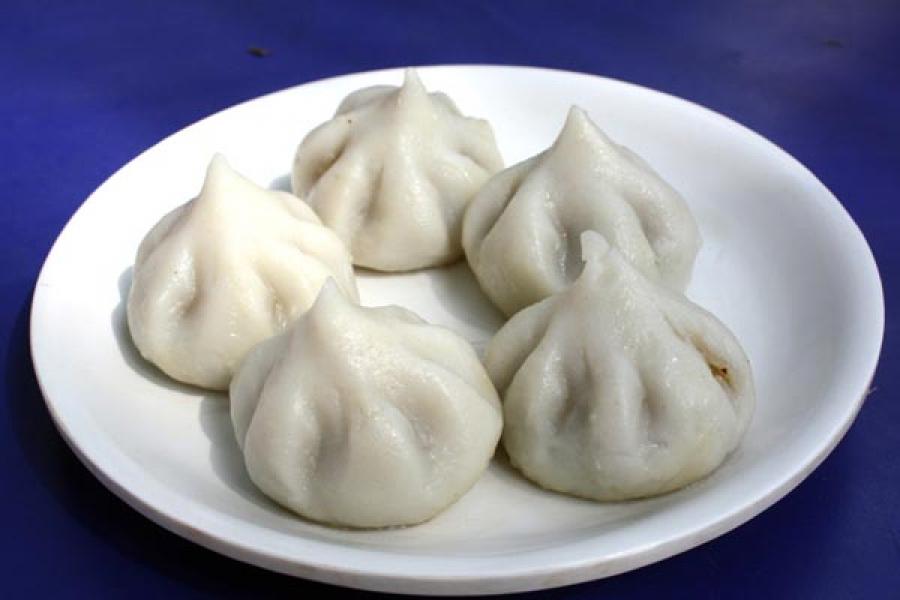 For Satyanarayan Puja, a key component is the prasad, the holy offering, which is almost always sheera, made from rava or semolina. The tradition of Satyanarayan Puja goes back to a time when the household staples were wheat flour and unrefined jaggery, certainly not semolina and white sugar. These, one would assume, were manufactured products from a distant location and offered to the gods as an exotic food, made especially for this festival. Even little Krishna's favourite food, maakhan misri, comprised homemade butter and big crystal sugar that came originally from Egypt—called Misr in Hindi!

In fact, there’s a distinct pattern in the way festivals are celebrated across India. Festivals are and always have been a cultural licence to feast and indulge for the individual and the family. Every celebration is accompanied by food that was once upon a time considered exotic. In the days of cooking at home from scratch with local raw ingredients, upwas items like sabudana, rajgira (amaranth) atta, bhagar (wild rice), sweet potato and festival foods made with besan, maida, dates, sevaiyan, sherbet and exotic fruits, were actually processed in distant factories or imported from far away places. Weren’t they the equivalent of today’s olives and tofu to the young women our great grandmothers were, then?

Camphor, a vital part of all puja rituals, is of East Asian manufacturing origin. Such items imported from distant lands and manufactured there must have been really exotic, rare and expensive at the time of their introduction to our customs. Like silk garments, perfume (attar) and gold ornaments, even these food offerings were probably examples of the best skills and creativity known to communities then. Festivals seem to have been celebrated with the most modern food and offerings of the time. Perhaps the travelling priests of the day became channels for bringing the exotic foods from distant lands and introducing them into the lives of their follower communities. In any case, one fact is obvious—festivals and fasts promoted consumption, trade and modern food habits. All this, with the licence of tradition and offering to god!

Somewhere down the line, the custom of importing and innovating with exotic things during festivals got stultified. Now it is no longer considered extraordinary to use semolina for sheera, and sugar is a household staple. But the practice of offering sheera as prasad continues. And yet the hankering to do something new and different on a festival remains. With income growth and prosperity and confidence all around, there is a renewed eagerness to experiment with ideas and foods. Ten years ago, it was considered cutting edge to have sweets that resembled sliced watermelon. Now every sweet shop worth its salt offers cashew sweets in different shapes and colours, making the gifting of a box of sweets an exotic affair. The humble clay diyas, a part of Diwali festivities across India, now come in different shapes and colours, with pre-filled jelly wax to overcome the hassle of making wicks and immersing in oil.

Indians love two things—their festivals and their growing economic status. And they are increasingly learning to merge the two. Confident Indian customs have become even more ‘inclusive’ and experimental than before—as we just saw, they always have been so. Confident communities will go farther afield to bring in new ideas into the way they celebrate their loud and colourful festivals. No longer do they insist on sticking to traditional formats. The mehndi ceremony has now migrated all the way from the deserts of Rajasthan to the backwaters of Kerala. No urban wedding is complete without a party that is an amalgam of Indian technicolour rituals and Western sophistication. Ganesh Chaturthi is celebrated with even more gusto now, increasingly by non-Maharashtrians. Traditional modaks are offered alongside kaju katli and chocolate barfi as prasad.

Indians don’t need to look any further than their own backyards for the variety of festivals and the myriad ways of celebrating them. And savvy marketers don’t need to look any further than these festivals for finding new ways of joining in. A confectionary company is already doing this in a big way. Chocolate gift boxes have now become a mainstream festival gift, mutating the mithai box, further. Why can’t ice-cream manufacturers, for instance, participate in the Kojagiri Poornima of Maharashtra, offering ice-cream ‘kheer’? Can’t smart retailers promote the Bengali ‘Jamaai Shashthi’ as the big gifting day for the son-in-law? With a little insightful marketing, given the Indian proclivity for sticking to culture while accommodating modernity, surely such an approach will be hugely successful? After all, as we discovered, our grannies, helped by their innovative gurujis, have done it for generations.

5,173
Thank you for your comment, we value your opinion and the time you took to write to us!