By definition, ecommerce is when a customer trusts a seller without visiting the store, orders remotely and has the package delivered home. Kirana stores have been operating this way for generations, but can they modernise enough to compete with the ecommerce giants? 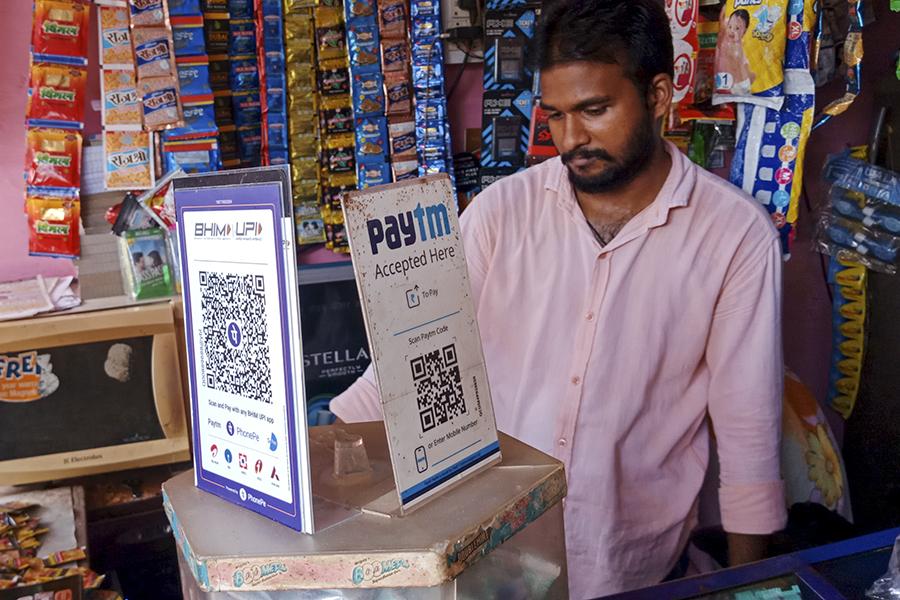 Let me begin with a story that I heard a little while ago. Nitin Paranjpe, COO of Unilever Plc, a good friend and former colleague, narrated this anecdote at a party, one that had us all laughing but also set me thinking.

Here’s what he told us: ‘Do you remember when the company allotted an apartment to me in Parel? At the time, that neighbourhood was still dominated by factory workers living in chawls. When we began to live there, it had just begun its path to gentrification. There were still just a handful of upper middle-class families living there. All the stores there were small kiranas that catered to the workers’ households.

'One day, I had a party at home. In the morning, when I checked my refrigerator, I discovered that we were out of lime cordial. I called up my local kirana, Gupta General Stores, from whom we bought all our groceries, and asked for lime cordial. The owner, Guptaji, asked me, ‘Sir, yeh lime cordial kya hota hai? [What is this lime cordial?]' Before I could explain, he elaborated, ‘Sir, just tell me how you spell it and what’s the brand. I’ll get it for you.’ I didn’t believe him and was resigned to scouring the local shops for the drink. But lo and behold, two hours later, there was a ring at my door, and the delivery boy from Gupta Stores held out a bottle of my favorite brand. ‘Lame kodal,’ he said with pride. I was as amused as I was amazed. Guptaji had delivered. When I called him next, he told me, ‘Sir, now that we know that you use this, we’ve started stocking your 'lame kodal'. You can order it any time.’’

While all of us laughed, I walked away with a very important lesson, one that has stayed with me all through the years. In one transaction, Nitin actually received three areas of excellence in action: Customer-centricity, endless aisle of assortment and a seamless omnichannel retail service.

As a student of retail modernisation, I have run this story in my head time and again. And this is my conclusion. We use modern terms like ecommerce and omnichannel as though these were recent phenomena. The fact is that Indians have been the beneficiaries of ecommerce for several generations.

Let’s begin with the fundamental definition of ecommerce: “When a customer trusts a seller without visiting the store, communicates orders not in person, and the seller delivers the ordered goods at home, that’s ecommerce”.

Over 50 percent of business at mom-and-pop kirana stores has always been in the remote order home delivery mode, which fits in the definition clearly. Yes, the order isn’t on an app or website, but through a phone call, or a slip of paper or just a shout out to Guptaji when the customer passes by the store. But the key building blocks of trust, remote order, home delivery, are all there.

In addition, there are some unique features, too. Firstly, there’s a running credit account where you pay when convenient. A slightly more nuanced convenience is your local grocer’s familiarity with your household and knowing that your old mother is never to be disturbed between the hours of one and five in the afternoon, for instance.

Measured in terms of number of stores per 1,000 people, India is the world’s most over retailed market. We are a spoilt lot for service, at low or almost no cost. I believe service levels of Gupta General Stores are difficult to beat, even for most well-funded cash burning eCommerce players.

But the times, they are a-changing. The world has gone digital now. Online retail platforms have invaded our lives, and are here to stay. The new generation’s native language is digitalspeak, not phone or slips of paper. Ecommerce is firmly established as online shopping. So, what happens to Guptaji? How does he cope with the habits of a 25-year-old new householder who knows no other way of shopping than physical or digital?

The good news is that Guptaji isn’t becoming extinct anytime soon. When change happens, the smarter people who join the change flourish even as the laggards start slipping. I see a change at the kirana shop in my neighborhood. Its store signage now has an additional message: ‘WhatsApp Number’. Even when you call him to place an order, he asks you to send the order over WhatsApp. Orders sent on WhatsApp register more accurately and are far more time efficient for the store, compared to phone orders.

Secondly, all types of digital payments are accepted without any hesitation. With Unified Payments Interface (UPI) and wallets, the barrier of cash transactions has got eliminated.

I’ve noticed one more cocky behavior on the part of my kirana store owner. He keeps an eye on the main ecommerce brands. For items that matter for customer perception, the kirana adjusts its own prices at store, to match its new competition on the app. Not only that, when he finds any item at a ridiculous ‘loss leader’ discount, he orders a good quantity of that item for his shop from the app. In his own small way, he is bleeding his competitor and, along the way, enjoying higher margins. In the bargain, he’s enjoying small wins over the large platforms and feeling happy instead of threatened.

Have the new ways of doing business impacted the kirana’s cost of operations? The answer is no, not really. Gupta General Store’s cost of operations is a fraction of a supermarket’s. The conventional ecommerce seller, with its fulfilment centres, delivery costs and complicated logistics, has cost of operations that can only be described as stratospheric, by Guptaji standards. Of course, Gupta General Stores wins hands down against both, supermarkets and online platforms on cost of operations. Notwithstanding these advantages, the marketplace remains tilted in favour of organised retail. In a more equitable world, the humble kirana would pose a solid competitive challenge to the large players instead of the other way round.

But alas, the world is never fair. Younger customers increasingly do not like to deal with Guptaji. Instead they prefer the anonymity that a supermarket or 'super app' offers. His own children may also move on from his ways of running the family business. The only way forward for him is through modernising. The important question is, should he step into this modernising challenge alone? Or can he hold the hand of a visionary organisation that understands the value of nurturing the small retailer, virtually India’s backbone?

That is literally a billion-dollar question in the large market called India.

16,082
Thank you for your comment, we value your opinion and the time you took to write to us!

Tweets by @forbesindia
Prev
Covid-19: When residents took over a Sahakari Bhandar store
Next
What a mainstream retail boost can do for speciality mithaiwalas across India