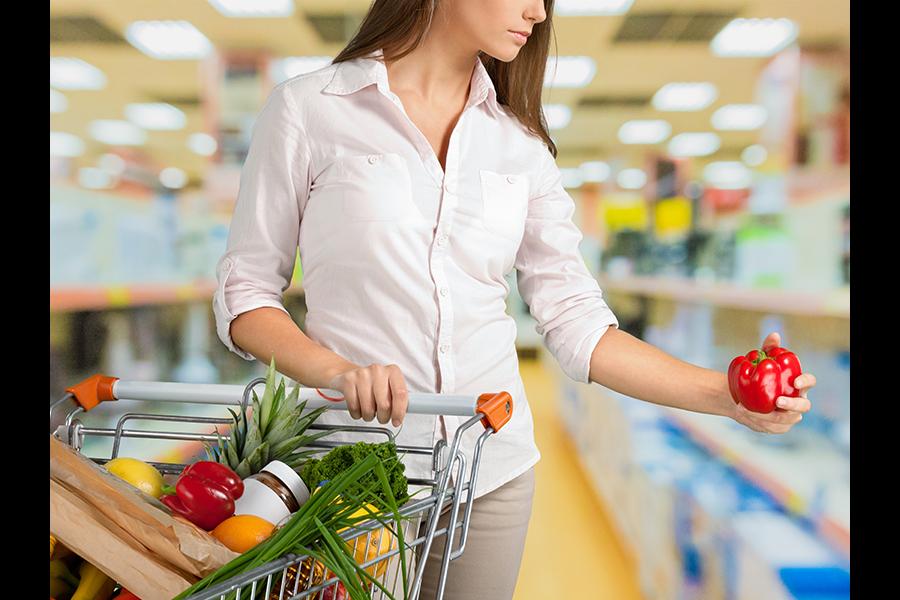 Meena Bhagat, a lawyer in a lower court, leads a challenging and busy life. While she is a professional, both she and society know that there are myriad ways in which Meena encounters discrimination and disempowerment everyday, including in her professional life. In fact, there are hardly any instances when Meena feels truly empowered. In the city of Pune, even with a fast-paced life, the attitude towards women is slow to change. While the march towards gender equality in India is almost glacial in speed, there’s one place that has, albeit unwittingly, contributed significantly to this phenomenon, as Meena, who does all her shopping at the local supermarket, would be the first to acknowledge. What is the one place where a man’s presence is considered superfluous, what is the one place where a woman is the center of the universe, what is the one place that encourages choice, the one thing that most women in India don’t have? There are no prizes for guessing the right answer, which is the local supermarket.

The entry of shopping trolleys in grocery shops resulted in the departure of a key component from these stores, the man. The shopper, almost always a woman, no longer required the shopkeeper, almost always a man, or his sales assistant, also a man, to ‘help’ her with her shopping. The shopping experience, so far a bipartisan event, now changed into a personal journey, one that was a dialogue between the woman and the brands, with nothing but a shopping trolley to separate them. No longer was a benign shopkeeper allowed to choose anything for his customer. Modern retail has ensured that it is the woman who finally wields the power; that her wallet and her choice are the only things that matter.

Meena revels in this power. In fact, she now detests visiting traditional stores, those where men stand behind the counter and choose things for her, whether it is a brand of soap or the latest style of palazzos. She has become so used to being her own mistress in the retail arena that when the supermarket doesn’t have what she wants, she chooses, not to return to traditional retail, but to the device in her hand, her smartphone. Indeed e-commerce has demolished the final frontier of choice, by removing all human interface altogether. Online shopping platforms offer the ultimate privacy, and Meena’s decision to consume what she likes when she likes it has liberated her like never before. Now there’s no prying neighbour to check her grocery bags when she returns home, and she can escape the scrutiny of fellow shoppers as she waits at the checkout counter.

The combination of modern retail and online shopping have unleashed another phenomenon, that of sensitive advertising and brand promotion. Unsurprisingly, retailers have been at the vanguard of this change in the approach to promotions. Good retailers have both enabled and harnessed the power of the woman’s choice. They are fully aware that Meena, long ignored or patronized by society, no longer cares to be treated as a nobody in the consumerist world, and therefore all discourse in this world has to acknowledge this fact. Shelves have to be woman-height, schemes have to be woman-sensitive, merchandise has to empower the woman and not the other way round.

Some retailers and brands truly imbibe their role as agents of modernity and women empowerment in a simple, everyday way. It shows in their communication, their expressions. Brands are learning to move their stories, in synch with the changing sensibilities of women. For what is advertising but society in a 30 sec capsule?

In a recent Woman’s Day campaign that I have been involved in, the brand takes the empowerment story gently further. This #JeeLeZara film showcases the desire for ‘me time’ and ‘small adventure’ for every woman.  It also shows how people around women are fumbling – often looking silly – while coping with the new narrative. The film does not sell anything; it just delivers deep empathy.  It celebrates a real insight but does not preach.  Take a look …

There are more and more examples of similar effort to connect, by brands.  In today’s digital world, people consume even ads by choice. If the communication touches a cord, consumers embrace it, add their comments to it and broadcast it in their social universe.  The collective power of this consumer broadcast can be more powerful than many big media plans! Brands as storytellers and consumers as broadcasters seems to be the new way…

Do shopkeepers change society? Probably not! But Meena Bhagat, in Pune, has firmly endorsed the modern retail it changes power equation in her favour. And films like the one above, also push the empowerment argument envelope just an inch forward.  Well, maybe a centimetre, but in the right direction!

14,919
Thank you for your comment, we value your opinion and the time you took to write to us!