With our insistence on price rigidity, we are slowly forcing the friendly neighbourhood grocer into oblivion 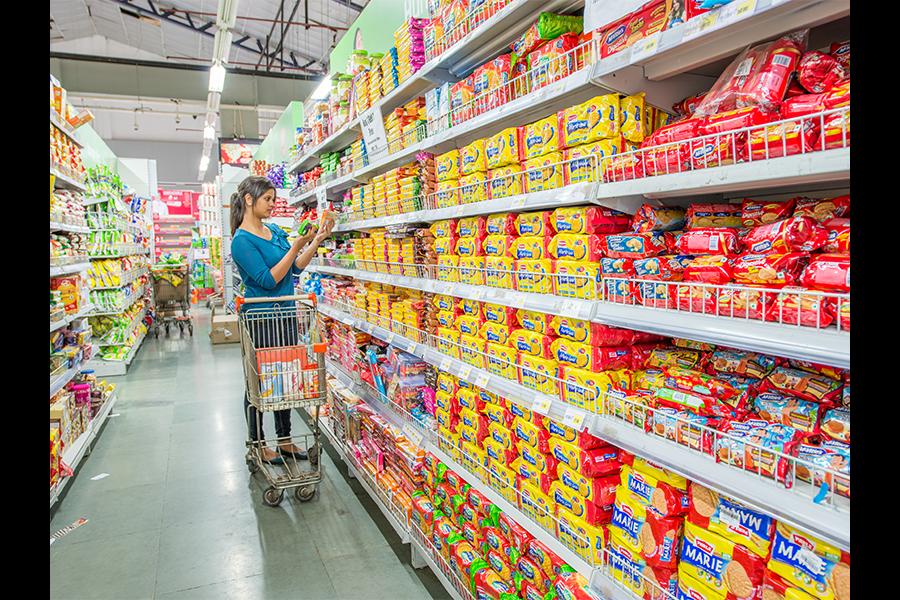 As our incomes grow and we start appreciating the convenience more, we’ll be willing to pay a premium for good services. (Photo: Karve / Shutterstock.com)

“Stop staring at my neck!” says Bollywood star Deepika Padukone to viewers as the camera pans out from her back to show her drinking Coke from a bottle. “Look at the neck of the Coke bottle, it’s got the MRP (Maximum Retail Price) printed on it. Pay that! Don’t pay more!” she says. Well, India is probably the only market where global brand Coke advertises its price.

The practice of printing MRP on all consumer goods by law is unique to India. And maybe Sri Lanka. As with all good ideas that have outlived their time, MRP too was introduced with the noble intention of protecting the consumer. It was a practice created in the good old days of socialism and controlled production, when demand far exceeded supply. The government introduced the concept of MRP to prevent sellers, the manufacturers, traders and retailers, from exploiting the hapless buyers who were powerless and vulnerable. A printed MRP, technically, was supposed to prevent overcharging. On the face of it, this argument was sound. However, in economics there’s a simple mechanism for countering bad practices. It is called the marketplace. The law cannot handle what should be addressed through market mechanisms. Liberalisation was the outcome of this realisation. Over the years, India made the transition from a controlled economy to a free market. But some ugly relics of the past remain, and the MRP is one of them.

To consumers, this might seem counter-intuitive. The concept of MRP is a sound one, they would argue. In the absence of a printed price, what is the guarantee that the consumer will not be overcharged? In fact, the guarantee lies in the changed environment that is the retail business today.

Today, frequent shortages of consumer goods and queues for milk and cooking gas are a thing of the past. Retailers and manufacturers actually woo customers with discounts to get their continued patronage. Earlier a deep discount offer like ‘buy one get one free’ merited a front page ad in the highest-selling dailies. Now such offers no longer make news. Every brand is jostling for shelf space, and every retailer is struggling to attract customer attention. As consumers get more literate and aware, as competition among brands and retailers increases, the power equations turn. Which is precisely what has happened over time in India. Now customers are more powerful and retailers, often vulnerable.

Even so, what’s wrong with having a ceiling on how much a retailer can charge? Why should it be removed if it’s not harming anyone? And why do I call it Micro Retailers Poison Pill? Paradoxically, the MRP is actively harming the small retailers.

In the old days, when there was no market mechanism to correct trade practices, the seller made no investment in attracting the buyer. One bought what one could, undeterred by the price or the packaging. Today, the customer is spoilt for choice, and flocks to large supermarkets to avail of the plethora of discounts and offers available there. Given a choice between the local grocer who sells everything at MRP and the chain supermarkets that are present in almost every medium sized town in the country, the customer will choose the latter for their choice, scale and prices. How will the small retailer make his presence felt in such a situation? All over the world, small retailers survive because of the services they offer. How often have we ordered a couple of cans of Coke or a loaf of bread from the local kirana store late at night, just before closing time? While the grocer sends these things home, he isn’t allowed to charge for this additional service. The dreaded MRP comes in the way. It allows for no premium for services rendered. The small retailer is forced by law to sell goods at the same MRP that your big box supermarket may charge.

Globally, neighbourhood small stores are called “convenience stores” and customers know they have to pay for the convenience. As a customer, when you spend time, fuel, energy to drive to a hypermarket in the suburbs, you get things at a discount. And when you are in a hurry, want to shop from the convenience store near home or order from home, you pay a premium. Not in India. Here, now the big box hypermarkets and discount stores have arrived and they give us deals and discounts. But MRP ensures we don’t have to pay any premium when we get the proverbial “one pack of biscuits or loaf of bread” delivered home. Between the muscular big supermarkets and MRP, our friendly old small local kirana will come under survival pressure.

Another change that has happened almost below the radar is the growing unwillingness of small retailers to service orders below a certain quantity. There’s a reason for this. Earlier, one could call for even a single item to be delivered. That is no longer the case. This is because the retailer’s service costs are changing. The boys who came from the village and worked long hours at subsistence wage are getting scarcer. The retailer has to pay higher salaries. His own family members, his sons and daughters, no longer wish to work in the shop for free, choosing instead to gain an education and work in a professional setup. In such a situation, how will he survive unless his margins go up? The neighbourhood grocer is a part of the service industry and should be allowed to charge for services rendered. Instead, with our insistence on price rigidity, we are forcing him into oblivion.

As our incomes grow and we start appreciating the convenience more, we’ll be willing to pay a premium for good services. For good services to  be viable – for Chedda Store to stay open till late, to deliver phone orders and to accept payments by credit cards, old world notions like MRP need to go.

The futility of MRP also lies in the fact that in the poorer households, presumably those that are supposed to benefit the most from having a strict price regime, the percentage of goods with a printed price is much lower than in affluent households. Dry groceries like rice, wheat, pulses, oil and fresh produce, all the things that have no printed price mechanism, form the bulk of their consumption. MRP is only relevant for branded goods, those that anyway do not play a meaningful role in the overall consumption cycle. On the downside, the MRP is one more law in the government rulebook, one more item of harassment and litigation that helps no one, not even the consumer.

Of course, there are no signs of MRP abolition visible anywhere on the horizon. But I do wonder, in the current era, if there was wisdom in forcing a maximum selling price by law, would not more countries have adopted it? The biggest benefit of an MRP-free regime will be to keep the neighbourhood store viable and available to us for a long time. I can only hope we turn global in this aspect of our shopkeeping soon.

16,525
Thank you for your comment, we value your opinion and the time you took to write to us!

Tweets by @forbesindia
Prev
Decoding the groundswell behind Patanjali
Next
How DMart became a solid, homegrown regional supermarket chain in India