Store size is more than the area; it's store psychology that matters

There is a distinct interplay of two things that seem to make modern stores click. The physical factors are all around you: scale, orderly shelves, direction signs, efficiency, technology. The vital psychological factor is also all around you, though in a subtler way 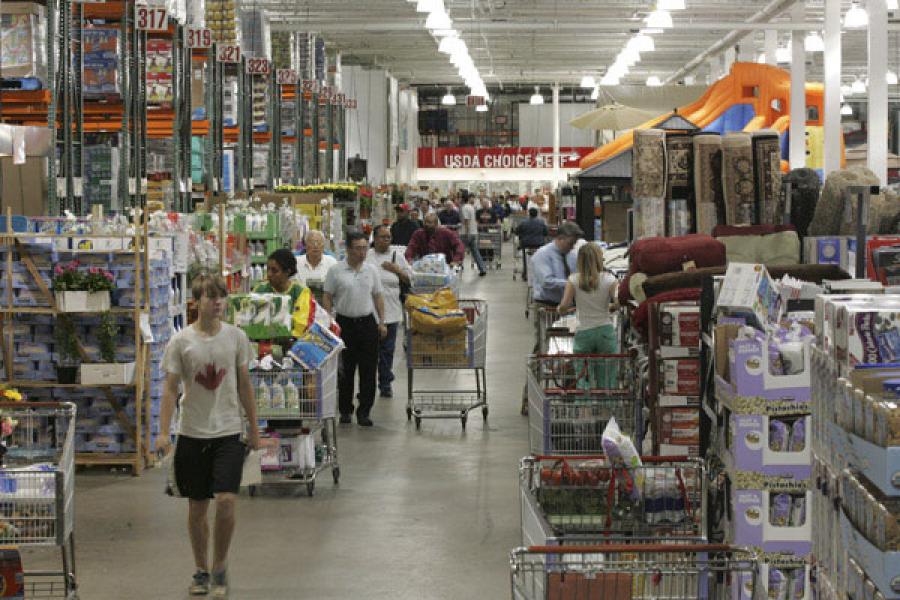 James Sinegal started off his life in an orphanage and grew up in a small apartment in a small suburb of California called Riverside. He started his working life as a bagger helper at FedMart and went on to set up Costco - one of the path-breaking and most successful big box warehouse club stores of the world. The first few decades of Wal-Mart’s journey were marked by its identification with the simple, accessible, earthy Sam Walton.

These stories are now folklore and are known to many customers of Costco or Wal-Mart, in some form or the other. Small stories behind big box retail stores seem to matter. They are fountain-springs of how these stores are imagined, designed and then perceived and consumed by their customers.

At a deeper level, the customer’s experience of "small" and "large" retail is not always about the scale of the store. It is possible to have a store that is physically large, yet psychologically small.

Costco is a jumbo place that sells everything in big packs. Yet, it’s very simple and basic. There is no music and the flooring is grey. Conversations can be heard; the staff wear normal clothes, not uniforms and yes, its founder was a ‘normal’ guy like us! Costco, like its founder’s story, is psychologically small and approachable. Both Costco and its customers seem to tell each other, “We just want a deal and want to live well”. Physically, the store, its aisles, trolleys, packages, are all huge. Psychologically, they are small. That seems to work, somehow.

Kishore Biyani designed Big Bazaar very differently from normal hypermarket stores. He said, “First generation of modern trade shoppers in India would get intimidated by a single, large store floor.” He visually broke the floor into a collection of logical, smaller, bazaars. Unlike single floor hypermarkets, he opened many multi-level Big Bazaars. He also threw in a lot of colours, street sounds and megaphone-wielding sellers. “In the mind, the store must always feel human scale,” said Biyani. Big Bazaar is by far the most accessible store of choice for Indian consumers, as they transition from traditional to modern shopping habits.

There is a distinct interplay of two things that seem to make modern stores click. The physical factors are all around you: scale, orderly shelves, direction signs, efficiency, technology. The vital psychological factor is also all around you, though in a subtler way. The colour, visual stimuli, approachability, folksiness of the staff, and even the story of the store’s founders... they all form a part of the psychological store we experience. It’s the interplay between these two brotherly factors that shapes the final consumer connect.

Jalan’s [Jalan's Retail] are the biggest retailers in the Varanasi area. On the terrace of their megastore, they run a clean eatery that serves hot, fresh food at subsidised rates. It is open to everyone. This simple feature surrounds the store with warm community goodwill. Auto-rickshaws  for instance, never refuse to take you to Jalan’s. Goods are delivered on time to this retailer. People feel the shop owners are good folks. With the experience of many years, the store owners know that it also helps their business. They need to do much lesser (regular) marketing!

Good wholesome shopping requires our customers’ guard to be down. In any imposing environment, our guard is intuitively up. We make sure we are on our best behaviour. Without exception, when we feel this way, our trolleys stop showing ‘enthusiasm’. I guess when the customer is not fussy about how the store looks or about her own appearance, and all her attention is on the merchandise on shelves and the stuff in her trolley, you know you are close to a retailers’ utopia!

Try thinking about the ‘psychological’ size of the store, next time you are in the market. Size matters!

(With inputs from Katie Mayers, California)

7,075
Thank you for your comment, we value your opinion and the time you took to write to us!

Tweets by @forbes_india
Prev
Thank You McDonald's; Welcome Idli Factory
Next
"Thank You Auntie": Indian kitchens outsource to an "auntie network" and not to food factories