To depend on conventional trade for clues to modern trade is like looking for a coin under the lamppost; the coin will never be found 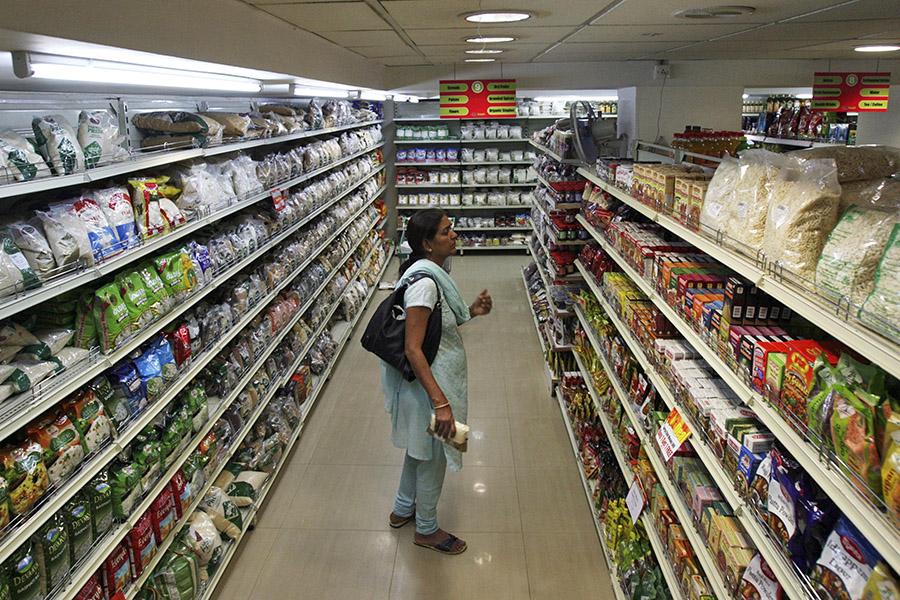 A customer looks at consumable goods before buying them at a supermarket in the southern Indian city of Hyderabad December 1, 2011. Image: Krishnendu Halder/ Reuters

A few weeks ago, a good looking man walked into my office. He was a bit offended that I didn’t recognise him immediately.

"Sir, don’t you remember me? I’m Shailesh Sachdeva," he said.

As soon as he said that, I remembered him and profusely apologised for my oversight.

"But you can’t blame me," I pointed out in my defense. "You have changed. You are looking ten years younger and fitter."

Sachdeva laughed. ‘Thanks, sir. To be honest, I couldn’t wait for this meeting, which was bound to happen once I got my new assignment."

"Earlier I was looking after general kirana trade sales in my company and I have now been put in charge of modern trade. A meeting with you was one of my first tasks when I assumed charge." The new assignment, he went on to say, couldn’t be more different from the earlier one. I knew what he meant straightaway.

"I’m still very confused. And there’s such a lot to learn. In general trade, we live a completely different life," he said.

A sales manager of one of the largest FMCG corporations in India, Sachdeva had always dealt with two constants of the Indian marketplace:

> The Sachet Phenomenon: The sachet pack in every category of consumer goods. The Indian market is made up of a very large number of consumers, each consuming a little at a time.

> The Distribution Bottleneck: In the FMCG business, distribution is a nightmare. It involves a network of thousands of small distributors servicing millions of tiny retailers.

The splintering of end-point distribution means, > There are no big distribution companies
> There is no worthwhile cold chain
> There is little real time transparency in operations

Traditional retail, the bedrock of all fast moving consumer goods (FMCG) corporations, is an agglomeration of mom-and-pop stores, which are called kirana retailers, spread out across the length and breadth of the country, serving every remote nook and cranny. For the average Indian consumer, it is a lifeline that provides the necessities of daily life at affordable prices.

For the marketers and people like Sachdeva, however, it is a never-ending accumulation of small transactions that eventually add up to a massive whole. Talk to any of them and they will give you a shrug and declare the solidness of this age-old system, half-immersed in the informal economy, a system that’s evolving a millimetre at a time.

Most FMCG corporations, entangled in conventional narratives, have missed to capitalise on this distribution bus that I call SupermarketIndia.

> SMI is a subset of India. It is that part of the country whose per capita income, at $15000 ppp, is two to three times of the rest of India.
> This is the section of consumers that shops at supermarkets and not at mom-and-pop stores.
> It can be reached by talking to just six national and another six regional supermarket chains. Their supermarkets have no ‘cold chain’ capacity problem and they do not switch off their chillers and freezers at night.

And what does SMI buy? Firstly, it doesn’t buy small sachets – of anything.
SMI is moving to the ‘small is fine, but big is the best’ mantra. Big pack sizes of everything, from biscuits to shampoos, have made their way inside SMI homes and have become permanent residents.

Here is a sample list of highest selling packs of leading mass brands in supermarkets:

The fact that modern retail and conventional retail occupy different worlds can be illustrated by the fact that these bestselling supermarket packs aren’t even available at most traditional kirana stores. And if you believe that this is a story of mass brands, think again. Premium, value-added brands in every category are enjoying an uptick, courtesy SMI.

But size matters, as we are reminded all the time. SMI is tiny compared to all of India. Sure. But now compare it to Thailand, whose population at 68 million. It is about the same size and with similar per capita income. If corporations can have a country head for Thailand, then why not for SupermarketIndia? Why are they waiting for village India to grow into city SMI?

Consumers have already separated modern retail from traditional retail. How long before corporations catch on? Where is their brand portfolio and a premium product funnel launch for SMI? Few players are exceptions, though. Some players did latch on to this opportunity early. Brands like Ching’s, Ferrero Rocher, Nutella, Mamy Poko Pants, Lotto Chocopie, grabbed the SMI ladder first, quickly scrambled to the top and then branched out to the rest of India. A host of promising and challenging brands are adopting this strategy even as we speak. Walk a supermarket with a keen eye and you will spot them.

Sachdeva discovered a different ecosystem within consumer India, an ecosystem that still remains hazy to many FMCG corporations, much to their peril. And this is where I leave you with a question:

Would things be different if corporations had a country head for SupermarketIndia, instead of just another channel sales manager?

16,837
Thank you for your comment, we value your opinion and the time you took to write to us!