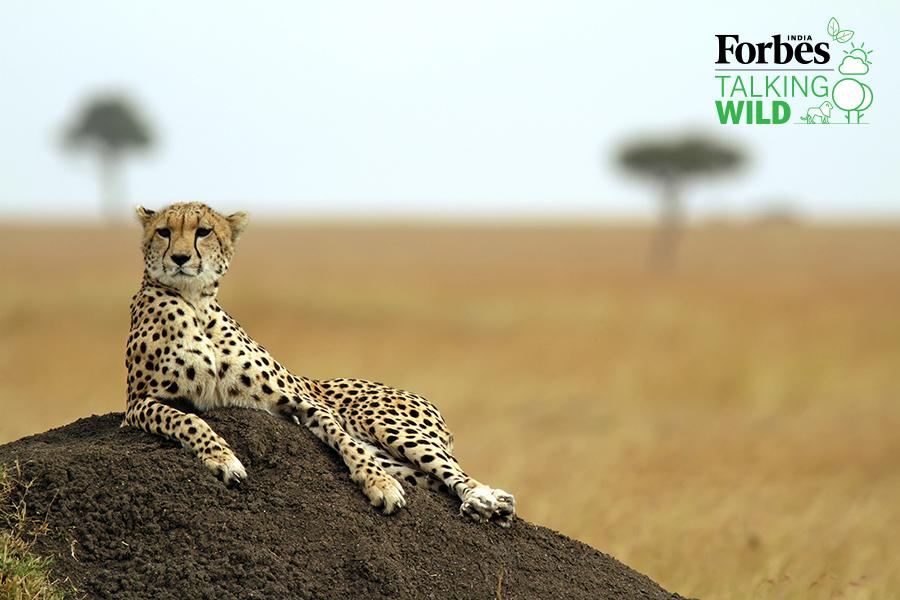 If any wildlife enthusiast is starting to visualise the possibility of spotting the sleek cheetah roaming free—once again—in the dry mosaic of scrub or dry grasslands in India, think again. It is unlikely to happen anytime soon.

Since being wiped out, there were numerous plans, suggestions and studies to try to reintroduce this spotted cat in India—but none materialised. The last was in 2010, when the then Environment Minister Jairam Ramesh had cleared a plan to import cheetahs, based on an advisory paper from conservationist Dr. MK Ranjitsinh and Dr. Y V Jhala, a scientist with Wildlife Institute of India.

Last month, India’s Supreme Court gave the nod to the Centre to introduce the African cheetah to a suitable habitat in India.

“Feasibility of reintroductions and new sites which have come to notice since then need to be studied. The next step is to decide if there is a possibility to upgrade them to potential sites and in what timeframe,” says MK Ranjitsinh who framed India’s Wildlife (Protection) Act, 1972 and also initiated Project Snow Leopard in 2009.

Ranjitsinh – who is confident that the cheetah can be reintroduced in India -- maintains that the Kuno region appeared to be the “most suitable” at that point of time for the introduction of the cheetah. He now seeks a meeting with Prakash Javadekar, the Minister of Environment, Forest and Climate Change.

We’re not well preparedWith concerns being raised over the suitable habitat in India, conservationist Anish Andheria, president of the Wildlife Conservation Trust believes that India is just “not prepared”. “The habitat at Kuno is a not savannah—here is a mix of scrub and woodland…this is right for the Asiatic lion but not a cheetah.”

But there is one huge positive which might work if the cheetah were to be translocated to a sanctuary in Madhya Pradesh. This state has been known for several translocations and reintroductions in recent years—the Gaur, hard-ground Swamp (Barasingha) deer, Axis deer, Blackbuck to sanctuaries within Madhya Pradesh or to neighbouring states. All have been with some degree of success.

Madhya Pradesh state has a strong track record to show—after all, it protects the most number of tigers in the country—an estimated 526—according to the Status of Tigers in India 2018 report. If cheetahs comes to this state it will be a huge feather in its cap.

But the translocation of big cats has been mixed. Three attempts have been made to extend the Asiatic lions range beyond Gir (in Gujarat) and all have failed. The relocation of tigers to Panna in 2009 has been successful but Sariska’s attempt to reintroduce them has been a struggle.

Andheria has a different take on high profile reintroductions; he believes India should focus on what it has, including high-profile mammals such as elephants, tigers, rhinos or wolves. He believes the translocation will be “very challenging” as cheetahs need inviolate space to roam in, which is missing at this stage. “I will start the process now and after multiple examination of the process, impact on prey and people relocations…. and introduce them years later, in 2035.”

These concerns will amplify if support from the Centre or the state does not come. India has been focussed on the need for better sanitation and drinking water for all but has an adhoc way of dealing with environmental or wildlife-centric issues. Without policy and peoples’ support, translocation of cheetahs will just not work. I hope that we do get to see this regal cat roaming India’s grasslands again but it will need more than just good intentions or the need for a sightseers’ tag.

12,298
Thank you for your comment, we value your opinion and the time you took to write to us!

Tweets by @forbesindia
Next
World Wildlife Day 2021: India's economic growth can't be at cost of environment