Aakash II at the UN? Why didn't we send Tata Nano or Mitticool for that matter?

Maybe because the government publicity machine was not so well-oiled then!

Maybe because the government publicity machine was not so well-oiled then!

Even before a tenth of the promised 100,000 devices was delivered, tested and given an OK by the testing labs at IIT Bombay and Chennai, the publicity overdrive, particularly in the Western press, gave it thumbs up! Here are some of those stories here, here, and here.

Going by some newspaper reports, MHRD’s messy project Aakash II will be showcased at the UN today. Why? For cobbling up, or let’s give it to them, for assembling a product that is $4 or $5 cheaper than what other manufacturers in India are offering or are willing to offer?

The ministry considers it a worthy frugal innovation from India. Really? What is Indian about it? Which Indian institution or Indian company has done its two bit to call it an innovation? Does the battery last for a full college day, since it is meant for college students? Or does it charge under the sun? Or is it designed to help a student read the problem and work out the solution? Has it been ‘engineered’ for education?

I think I have my definition of innovation right. And by that account a Tata Nano, or a Mitticool (earthen refrigerator) or the inexpensive Chitra cardiac valve is any day a deserving case of frugal innovation from India than Aakash II. Why weren't they showcased anywhere by the government?

A few days ago some reports began trickling in that the device is being assembled by sourcing components from China or that the ready-to-use device has literally been air-lifted from China and supplied by Data Wind. A volley of charges and counter charges flew thick and fast.

I have given up on the device; it’s just too messy and riddled with politics to yield any good result in the near future. All the facts that I unearthed while reporting for this feature, What Went Wrong with Aakash Tablet, published in June, convinced me that this was a project, yes just a project, with no vision or roadmap. For a brief while when I saw those gushing reports about the second version of the device, I thought perhaps the ministry and the institutions have woken up and it has revived. I even took a small silent credit for having contributed to this process of revival because I did hammer the officials in various corridors of power to talk about their plan. Though it’s another matter that nobody agreed to speak to me, my emailed questions remained just emailed questions and my phone calls remained unattended. But the way Aakash II is turning out, I am once again convinced that there never was any “concept”, nobody ever wanted to build a device for students, nobody thought how one could “study” on tablets, not just read; whether 7 inch display is good enough…

A person who has seen all the three versions of the device says Aakash I, which was very patchy and eventually disastrous in function, was “at least built ground up and had a personality”. In between another device surfaced in IIT labs, which had the same casing as Aakash 1. The third version, or Aakash II as we know it, is just any other device, with neither any design nor any technological innovation.

Some could argue the apps constitute the innovation. Well, you get them dime a dozen. India doesn't need to go the UN showcasing that.

I may appear to be a pessimist but that's in the short term; in the long term, I am an optimist. There’s one good thing that’s emerged from MHRD’s tablet saga. Many engineers, apart from electronics manufacturers, have begun testing their skill and ingenuity. The result: a suite of products that will come out, not only for students, but for the enterprise segment, loaded with cool applications that solve real world problems.

Take for instance, the STAMP tablet from STAMP Computers’ Pvt Ltd, which was spun off from AllGo Embedded Systems as a product company after it received encouraging response in the field trials.

Designing and developing in India– which includes hardware, software and mechanical design -- the founders have identified components from trusted suppliers and have negotiated price directly with the vendor. They have also designed a firmware which performs automated testing on the shop-floor for every piece assembled in the factory. Its first version was manufactured in China; for its next version, it has tied up with local Indian partners and the pilot production will begin soon.

What is the connection with Aakash II? 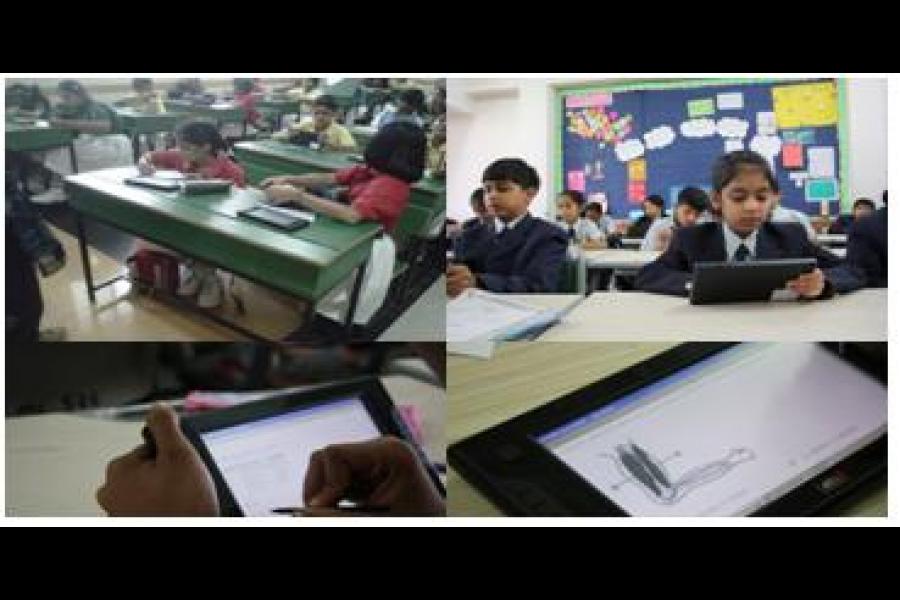 STAMP founders have been one of those several hopefuls waiting for the cloudy Aakash to clear up and the procurement process to begin. The tenders were supposed to be out in April this year, then it got pushed to December. But for December timeline to work, 100,000 Aakash II units should have been delivered and tested by September. That delivery is said to happen “sometime early next year”.

There’s many a slip between the cup and the lip. I fear that with every slip in Aakash, it’s going to hit the genuine, innovative entrepreneurs (not the fly-by-night operators who are aplenty) harder! It already has in most cases.

3,543
Thank you for your comment, we value your opinion and the time you took to write to us!