It has become essential for marketers to build confidence in users that data within organisations, is protected and used lawfully 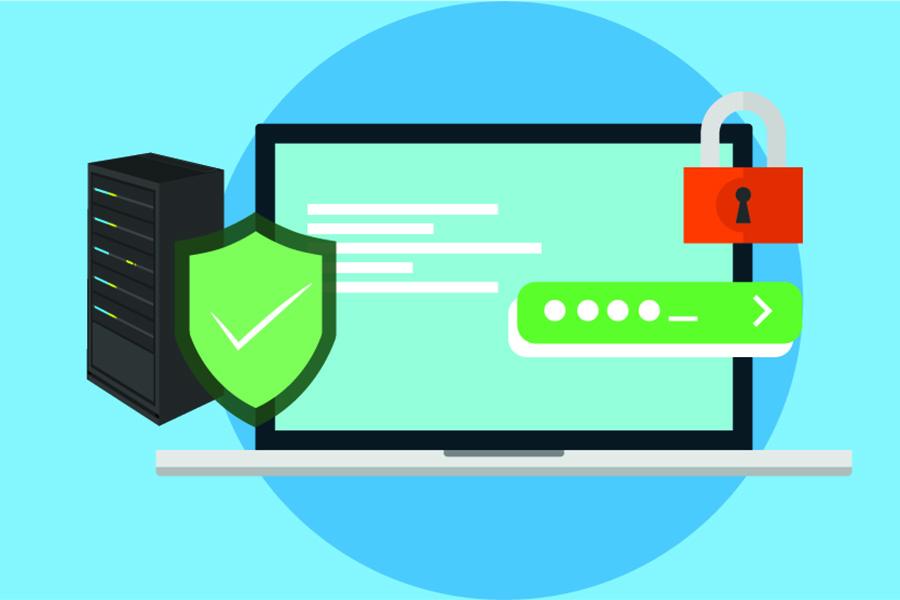 In the movie Spider-Man, Uncle Ben gave a very important lesson to Peter Parker - "With great power comes great responsibility." In today’s digital era, millions of people are using online platforms like Google, Facebook, Twitter, WhatsApp and generating digital footprints of their activities. These platforms just represent the tip of the iceberg. The amount of data getting generated through phone calls, car navigation systems, numerous apps and Internet of Things-enabled smart devices, etc. is outstripping human imagination. This huge amount of data is a treasure, and technologies like big data analytics, artificial intelligence and machine learning are helping organisations in deriving valuable insights from this treasure.

These insights can help organisations to make more informed decisions and improve their services. More the data, better the insights and better the services leading to improved brand reputation. For example, Netflix used collected data on its viewers to determine what they might like to see and came up with a TV series called House of Cards, which became an immediate hit. As another interesting example, over the years, by collecting data from variety of sources including satellite imagery, geological surveys, municipality maps, third-party surveys, etc. Google has mapped almost the entire world and has created tremendous value for its users through its popular application Google Maps.

The above examples show the glimpse of power that comes from data. But along with the power, organisations also have responsibility to protect this data. Commonly considered threat to data is related to cyber attacks. For example, in 2016, Uber suffered a massive cyber-attack that exposed the confidential data of 57 million customers and drivers. But an unconsidered threat comes when data rich organisations don’t safeguard their data properly and become prone to data leakage. As an example, in early 2018, Facebook came in news for negative reasons as Cambridge Analytica, a British political consulting firm, harvested data from 50 million Facebook users without their consent and supported Donald Trump campaign in the 2016 US election.

Till the time news of data breach is not out, organisations can enjoy the mileage of their brand reputation, but the day any scandal comes out, losses can become uncontrollable. Cambridge Analytica scandal took Facebook’s stock downwards leading to multi-billion dollar loss in market cap. Many influential users started leaving Facebook, for example, Farhan Akhtar deleted his personal Facebook account and Elon Musk deleted the Facebook pages for Tesla and SpaceX. In addition, several advertisers planned to move away from the platform, for example, US software giant Mozilla and Germany's Commerzbank said that they will pull advertising from Facebook.

Moreover, Facebook is facing several regulatory and governmental probes and several investors have banned their funds from investing in the company. For example, the Federal Trade Commission has opened an investigation into Facebook’s privacy practices and Nordea Asset Management, the Nordic investment house, has banned its sustainable funds from investing in Facebook. In short, Facebook’s brand reputation has been damaged seriously because of an unconsidered element – data ethics. The scandal at Facebook has made the organisations realise that hard earned brand reputation over the years can be wiped off in minutes if there is any compromise with data ethics.

One of the key responsibilities of marketing leaders is to build trust in their respective brands. Earlier, to grow and sustain this trust, marketers used to focus on storytelling, social causes, events, thought leadership, media relations, customer testimonials and other image building initiatives. But now, it has become essential for marketers to build confidence in users or customers that their data within organisations is protected and used lawfully. Marketers could take multiple measures to include data ethics in their brand reputation management plans. A few of them are as follows:

1. Collaborate with IT Chiefs: The data is stored within databases and exchanged inside and outside the company through information systems. Various IT leaders like Chief Information Officer, Chief Security Officer, and Chief Technology Officer are custodians of information systems, their usage and security. To minimise any damages due to data theft, cyber-attacks and data breach, it is important for the chief marketing officer to collaborate with these IT leaders and understand limitations of existing IT systems, discuss the possible consequences and highlight the development areas.

3. Simplify communication for users: When users are signing up for a service or downloading an app, they should be clearly informed on what all information about them will be collected and how it will be used. They should also be informed what all services would be provided based on the amount of data shared, so that users can control the data sharing, if they just want to use the app or service only for limited purposes. Also, if users plan to uninstall an app or stop using a service then they should have an option to delete their stored data.

4. Segment the collected data: When a user interacts with an app or online platform, various kind of data elements are transferred from user to the platform in various ways. Users voluntarily share basic data such as name, email address, phone number etc. from registration perspective. But without their knowledge, a lot of data gets captured from IoT devices, their computers and mobile phones such as browsing history and location data. By analysing the collected data, organisations are able to create valuable predictions and insights on user behavior. We can divide the users’ data into three segments: voluntarily shared data, unknowingly shared data and analysed data. In an organisation, every data segment is not useful for everyone, so selective users should be given access to different segments of data.

5. Define the usage of analysed data: Insights from analysed data can be utilised by various functions within an organisation for improving product or services, planning advertising campaigns, forecasting inventory etc. To establish transparency, control and accountability, based on the utility of data, different level of access rights and controls should be defined for functions and employee levels. Also, if data needs to be shared with any third party such as partner, vendor or researcher for any specific business reasons, then it should be shared with proper legal terms and conditions. In addition, to make sure that data related regulations and laws are followed, legal team should get involved to set the data usage guidelines.

Warren Buffett has said, “It takes 20 years to build a reputation and five minutes to ruin it.“ If marketers remember this statement, they will look at their role differently. The role of marketing is to continuously get new users and retain existing users.  If users are confident that a brand will guard their data, then they would try new products from the brand even if it requires sharing more data. But if they find a brand untrustworthy, even the slightest bit, they will not shy away from moving on.

7,327
Thank you for your comment, we value your opinion and the time you took to write to us!

Tweets by @forbes_india
Prev
Does the future of trading belong to Artificial Intelligence?
Next
Customer trends that would shape the automotive industry in 2025