Digital gender gap: Where have the Internet's women gone?

Padmini Vaidyanathan is an editor and creative head of Vitamin Stree, a content channel that focuses on cultural, political, artistic and ideological perspectives that are shaping the lives of women in contemporary India. 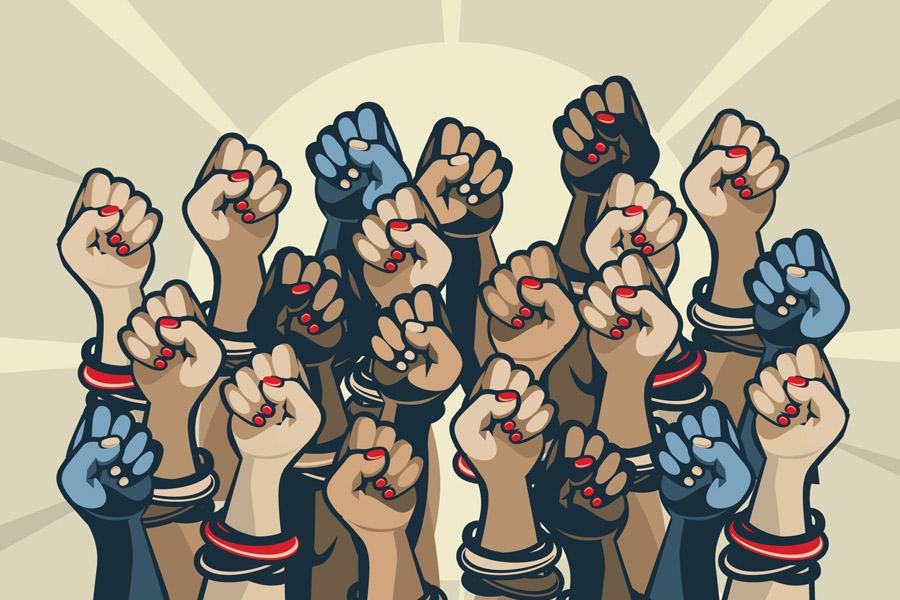 Recently, the President of the United States of America, launched a racist attack against four elected Congresswomen in a tweet. And he continued to do so through a series of tweets since then. This is not the first time he has done something like this, and irrespective of which end of the spectrum you are on the issue of Donald Trump, when the leader of the free world thinks it is okay to attack women via the Internet, it puts into perspective how hard it is for a woman to survive online. In many ways, it mimics the life of many women offline.

Death threats, rape threats, abuse, or what is known as trolling, has existed since women started using the Internet. It is easy, it is anonymous and it’s pretty much an extension of what women face everyday in real life. A 2017 study by Amnesty International said that 70 percent of women online had faced trolling at some point. And the trolling gets more aggressive and vitriolic against women from marginalised communities. Just like in the offline world, there are barriers online for women from everywhere to participate and feel safe voicing their opinions. And to a large extent, this exists because there are not enough conversations being led by women online. Because there aren’t enough women online to begin with.Globally, according to a 2017 UNICEF report, 44 percent of Internet users are women; in India, that number drops to 29 percent or just about a third of the total internet users.

There are a number of reasons for the digital gender gap, accessibility being one of them. Without access to the Internet, women, young girls lose out once again to men when it comes to having information, forming an opinion and having a voice. And ergo, when global movements like #MeToo explode, the impact is deep, but not wide. While #MeToo remains a watershed moment in the fight for women’s right to equality, the number of women who were left out of it is also something to think about. It failed to unleash the power it had to support those women who are offline, and also face harassment and sexual violence. If the #MeToo movement in India proved one thing: Woke-ness for the sake of it alone, is not going to bring about any real change.

The second reason for the digital gender gap is the lack of safe spaces for women online. It seems like there is almost a certain kind of impunity for attacking women; it becomes easier for women to censor themselves than believe in their right to free speech. This ties in with the larger conversation of women being more visible, especially in public life. The male hegemony has made the internet a tool of economic and political control. Even if human rights were to be a part of what the Internet can serve, it exists in a world that already operates on many levels of patriarchy.

Why we need an internet that is inherently feministFeminism is for everyone. It is for the marginalised, the down-trodden, for those without a voice, for those with a voice, for the powerful and the powerless. It is for women and men and everyone that choose to exist in between. And the Internet was originally seen as a way to democratise power. While it may seem that the Internet has, over time, moulded itself to the power structures of the real world, it can still be the starting point of bridging the great divide. And this revolution needs to be led by women.

When more women become increasingly and unitedly visible together, it helps create a safe space for all other women out there. More content needs to be made for women, by women, based as much on facts as on shared experiences. Like moving through the real world, the problem with information is that it is often biased, misleading or skewed towards those who seek control. The only way to break it, is for women to also become a crucial part of the narrative that is spun online. It has to be authentic, it has to be empathetic and it has to be well-researched. It needs to have platforms that can support their voices. It needs investment--financial, political and social. And most importantly, the voices online need to be used to empower those who are always left behind, the invisible women and young girls.

The author is an editor and creative head of Vitamin Stree, a content channel that focuses on cultural, political, artistic and ideological perspectives that are shaping the lives of women in contemporary India.

3,128
Thank you for your comment, we value your opinion and the time you took to write to us!

Tweets by @forbesindia
Prev
Can a robo-advisor help you with your finances?
Next
5G: The springboard to $5 trillion economy?