Do We Really Understand the True Energy Demand in India? 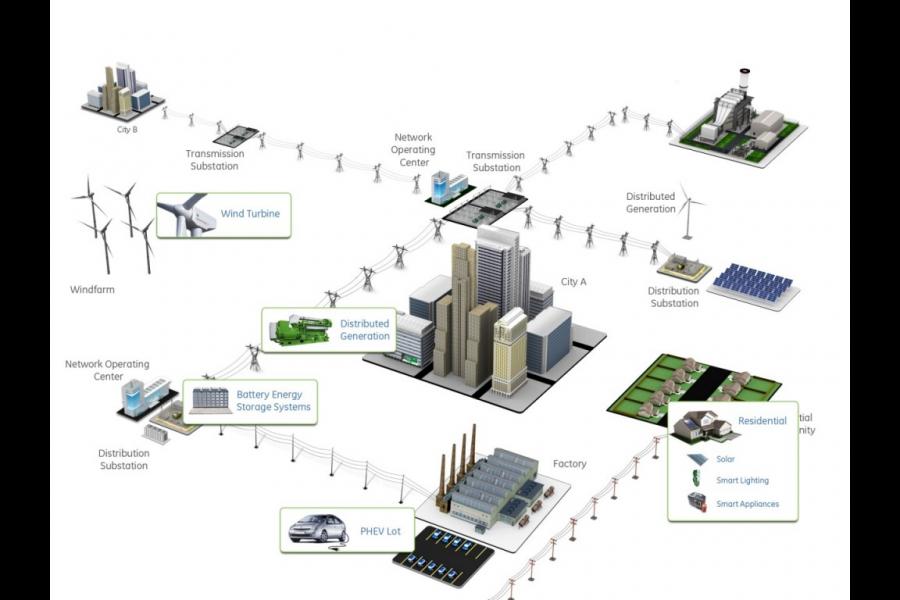 The grid collapse of July 2012 in North, Eastern, and North- Eastern regions serves as a wake-up call to re-look at the power supply-demand-transmission scenario in India. Close to 50 GW of power was impacted – a quarter of the install base of India. The report of the enquiry committee identifies a few areas related to the grid for improvement including better outage management, mandatory generator response based on frequency variation, availability of real-time data and intelligence at the load dispatch centers, reactive power compensation, regulations to limit overdrawing /underdrawing, fail-safe relays, and wide-area monitoring systems. While we get better at grid management, we need to better understand the true demand for power in India. Current estimates of power shortage are understated to be at 10-15%. These estimates are based on a ‘fix the famine mindset’ rather than position for the growth aspirations of a young nation. I would make the case that we have a 100% shortage of power even at half the world average per-capita consumption.

I would like to focus this blog on the latest technology for grid modernization, also known as smart grid… I will also briefly touch upon the renewable opportunity as we add generation capacity.

The Electric Power Research Institute (EPRI) defines Smart Grid as one that incorporates information and communications technology into every aspect of electricity generation, delivery (transmission & distribution) and consumption in order to minimize environmental impact, improve reliability, service, efficiency, and reduce costs. To this I would add asset modernization as an important element of Smart Grid.

Electricity transmission then occurs at high-voltages (and lower currents) so as to minimize the I2R losses. In addition to the I2R losses, reactive losses in transmission can be significant. Another issue is that of grid congestion with increased generation capacity and demand but with a grid that is behind times. Smart Grid encompasses existing technologies to mitigate losses such as intelligent deployment of capacitor banks to offset reactive losses and new opportunities through the visualization and prediction of the grid state to handle grid congestion issues.

During distribution, losses occur not only due to technical reasons but also because of power theft. In a round table on Smart Grid organized by the Digital Energy Solutions Consortium, representatives from the Indian Ministry of Power highlighted detection of theft as a chief area of focus. Smart Grid for distribution requires asset (transformers, switches, and breakers) modernization and will provide tools for optimal asset deployment. In addition effective visualization can identify and isolate theft locations.

And finally Smart Grid enables distributed power generation where consumers are able to feed back into the grid. Also, the consumers can deploy their appliances during off-peak tariff hours using smart meters with integrated appliance programming and control. Additionally as plug-in hybrid usage increases, the grid needs to turn smart and deliver power to the vehicle while optimizing availability and other demands. Smart metering and Smart appliances will bring the smart grid to the consumer.

Smart Grid has benefits at multiple levels. The nation moves towards energy independence through increased renewable use. The people benefit from new jobs created and a control over their electricity bills. Industrial growth is spurred through a reliable grid. Utilities continue to be profitable despite rising fuel costs. And most importantly there are lower emissions through better usage of the electricity generated and better control of how it is generated

There is much more than a smart grid required for building a strategic road map for the power supply-demand-transmission scenario in India. One such aspect is the renewable opportunity.

From a technology standpoint, as the renewable opportunity is maximized, the following aspects need to be strategized:

Also from a policy stand point, to continue the growth of renewables in the India market, the following needs immediate attention.

• Extend generation based incentive for the 12th Plan (previous incentive has expired in March 2012) and increase amount to Rs. 1 per kwh
• States to follow CERC wind tariff norms of Rs. 3.97-5.42 per kwh (some of the states today provide lower tariff)
• In the short/medium term go with preferential tariff model vs. competitive bidding given uncertain environment

India needs to double its generation, transmission, and distribution capacity from 200GW to 400GW in a manner that is inclusive, environmentally conscious, and time-bound to meet the aspirations of a, so far, very patient population. There is no silver bullet but a comprehensive road map that includes fossil, hydro, nuclear, and renewable sources coupled with a modern grid that will get us there!

6,185
Thank you for your comment, we value your opinion and the time you took to write to us!