Why don't we engage in scientific public debates on critical issues; why do our scientists remain socially insensitive?

Throughout last week we were treated to some kind of media circus that pitched Nobel laureate Amartya Sen against Columbia University professor Jagdish Bhagwati. A lot of it was unseemly; but the good thing that came out of it was that even those readers who’d normally not pay attention to such topics, ended up reading it and came away better informed. (After some initial wading, I figured if you had read just this piece by Mihir Sharma, you’d have got all that you needed to know about this debate.)

Unfortunately in this verbal duel we forgot to read and debate this news: The Technical Expert Committee (TEC) constituted by the Supreme Court, which is hearing the public interest litigation seeking moratorium on public field trials of Genetically Modified (GM) crops, came out with its report. In this report the panel is seeking a freeze on open field trials of GMOs (genetically modified organisms). The report says, the “system has major gaps and these will require rethinking and relearning to fix.”

The court will now seek a response from the government and if the apex court accepts this report with its current recommendations, then, many scientists say, it could prove detrimental to all genetic modification in agricultural research in India.

Enormously serious as this news was, it could have equally benefited one and all if we had a “scientific” debate on the subject by some senior scientists. How about the most respectable pro-GM scientist G Padmanaban, professor emeritus and former director of IISc pitched against one of the founding fathers of biotechnology in India, Pushpa M Bhargava who is now one of the most ardent critics of the use of GM technology for solving some agri issues. Incidentally, the American journal Science organized a debate between the two a few months ago, conducted by editor Bruce Alberts. Alas, such debates don't carry much charm  for mainstream Indian media, both newspapers and magazines. 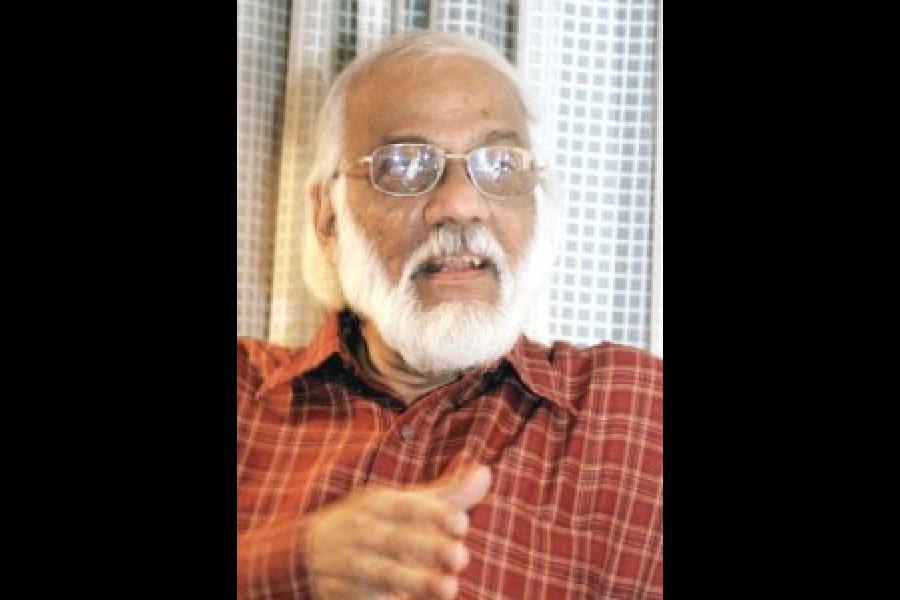 I asked both senior scientists why we don’t we have debates on this issue and if they’d want to participate someone were to organize one. Unsurprisingly both seem very willing and keen to have such open debates as long as the rules are defined; it doesn't get personal and statements are backed by scientific evidence.

To get the facts first, I’ll state their positions upfront. Both are distinguished biochemists but have now taken up the role of being the public face of pro- and anti-GM technology. conclusion. “If you saw the four out of five names in the committee, and knew their stated positions on this, it was known that they’d give a report like this, one that’d curb GM research. There’s just one dissenting voice in the committee.” The position that Padmanaban has taken is that the biodiversity fear created by the anti-GM community is magnified several times over and that as long as the particular gene that is being introduced in the crop, in this case Bt, is tested for safety, there’s no danger to the biodiversity. As for harm to the humans, he says people have consumed Bt corn for over 15 years in at least six countries and there’s no scientifically validated study that shows any harm to human health or environment. In short, GM technology is as safe or not as safe as any other breeding technique in agriculture.

Prof Bhargava’s stated position is: we need more testing, given that GM crops are grown by just a handful of countries (90 UN member countries do not grow GM crops) and the growing public opinion (of which he is a very prominent voice) warrants that more tests need be done. In the Science debate, Prof Bhargava cites an example that is not quite scientifically validated: He says if the increase in incidence of gastrointestinal disorders among Americans and the use of GM crops were to be plotted, there’d be an “overlap in the curves”. He even mentions high incidence of autism, and other health problems.

Well, as far as I know (and can search the literature) there’s no published scientific evidence to prove this correlation between GM food consumption and various health problems. (In fact, I remember asking Mriganka Sur, who heads the Simons Center of Autism at MIT, Mass., last year if scientists had any handle on the increasing cases of autism in the US and he said they didn't have a clue, it could even be the increasing use of plastics, environmental pollution, etc. In this video, Sur talks about the challenge of autism spectrum disorder and how he’s gearing up to solve it, one mutation at a time.  http://www.youtube.com/watch?v=jWohfroAVIo)

So as the GM issue gets muddled -- yes, that’s the word to describe it when it comes to its perception and understanding in India -- if we had a sustained public debate that relied on science rather than dogma or hearsay, we’d all come away more informed. Today, with every Supreme Court move, the subject gets harder to grasp.

Things have come to such a state that most newspapers don’t even accept opinion pieces from scientists that aim at explaining the technology, says Prof Padmanaban. Citing the example of a respectable, large newspaper (whose name I have promised him I will not disclose), he says he’s had many instances where the editorial team just keeps mum on such articles, once even admitting that the “editor did not want pro-GM articles”.

The science Academies in India could have at least arranged a few discussions among the editors of the country but they put their foot in their mouth when in 2010, at the time of being called upon to prepare a scientific report, they messed it by “plagiarizing” and doing a shoddy job of it. “Science is a big casualty in all this and it’s highly misinterpreted,” laments Padmanaban.

Prof Bhargava too agrees that more intellectual public debates would help. “I’d love to do such debates. I’ve said umpteen times let’s have a scientific discussion; let it be moderated by someone we trust.” He gets nostalgic about some debates in the past, notably one that was held on the “scientific temper” at the Nehru Centre in Mumbai, where every seat in the Discovery of India Hall was occupied during the three-day public debates.

He says the TEC report is very well produced with exhaustive references, whereas the industry body, ABLE, gives only sound bites or quotes to the media.

I’d also agree with Prof Bhargava when he says that it upsets him that at 85 he has to come out and speak while others don’t come forward. Ideally, it should be the practicing scientists who should come out and debate in the open. Both Bhargava and Padmanaban, 75, have lived their active laboratory years, if they get into any such slugfest, it’s due to their commitment to science and society! Why are other scientists, pro or anti-GM, socially insensitive?

5,502
Thank you for your comment, we value your opinion and the time you took to write to us!