Industry 4.0: How India can build for the future

By 2023, the competitive advantage of business in all industries will be driven primarily by innovations developed in artificial intelligence 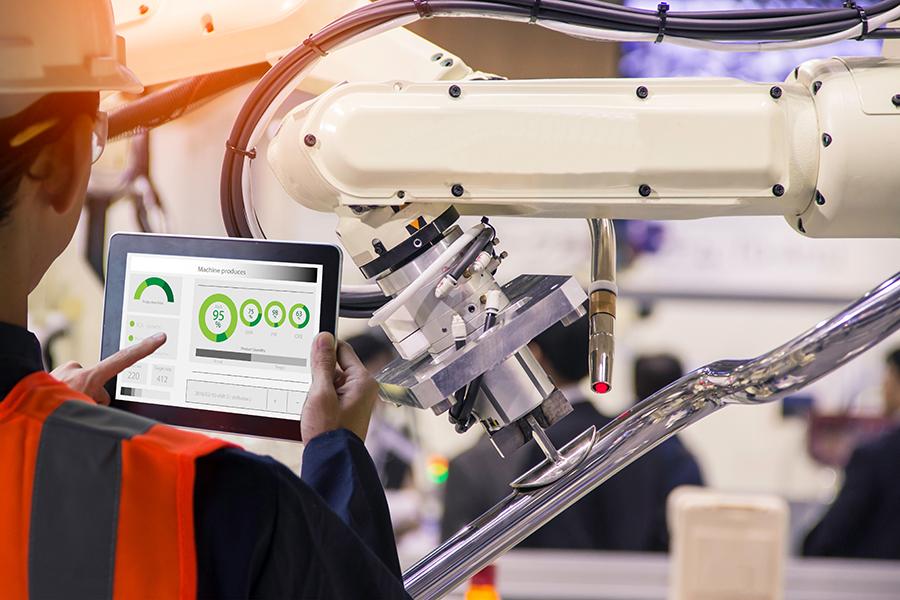 During the last few decades of the 20th century, Industry 3.0 was a huge leap forward--the advent of computer systems and automation ruled the industrial scene. However, in India, we did not quite grab the opportunities that came with Industry 3.0 because of amply available labour and access to limited software. Many Indian manufacturers were still stuck in industry 2.5, with their paper-based processes and heavy human dependency. Regardless of this, Reserve Bank of India reported that 1,734 manufacturing companies posted Rs 47,100 crores in Q3 FY2019, up 29.4 per cent from the same period last year. This is a testament to the success of technology adoption, even at sub-optimal levels. India is now all geared up to catapult directly into the next revolution i.e. industry 4.0, where machines will be equipped with the ability to communicate.

Industry 4.0 (or The Fourth Industrial Revolution) is a level up, a modern insurgency that connects people, processes and machines. It is a combination of IIoT (Industrial Internet of Things), cyber–physical systems and artificial intelligence, put together to ultimately make machines capable of making decisions with minimal human intervention. The Fourth Industrial Revolution will transform existing technologies and capabilities in the manufacturing and production industry. It is an amalgamation of traditional manufacturing practices and sophisticated technology; real-time visibility of the complete value chain, thus allowing for better decisions; and recalibration, which leads to greater efficiency and productivity.

These digital technologies enable the democratisation of data and allow insights at a wider level. This makes the implementation of Industry 4.0 and its tools easier. The 4.0 vision will not only make machines integrated, but will also establish a connect that will go beyond the manufacturing plant walls. This allows the customer to have an experience akin to what is witnessed while interacting with a B2C company, allowing complete visibility of the manufacturing process, even during transit of the shipment.

According to a PWC India study published in 2016, more than 80 percent of the manufacturing industry is expecting a greater than 10 percent improvement in efficiency, while over 60 percent of the surveyed respondents expect a 10 percent improvement in additional revenue. Industry 4.0 will also yield the benefit of a faster learning cycle and give an edge to Indian companies that are competing with legacy producers in Europe and the Americas, which have had a head start.

Though we know the benefits of 4.0, there will also be a set of challenges that the industry will face. Data has become a new currency for many companies. Huge amounts of data from sensors and equipment’s have immense value but no value at all if data is inaccurate or not organised well. To unlock value from their assets, manufacturers will need to integrate their IT & OT and make data easily accessible but secure. They should be able to run AI-models that can predict or correlate, ultimately augmenting human decision-making. While companies remain reluctant to invest in new technologies, this revolution cannot be overlooked.

Right now, there is a need to upskill talent within factories rather than replace them. The most important action is to invest in capability building and cultural change. Upskilling in areas of analytics and digital technologies will prepare the workforce for the changing environment and also make them ready for future learning, thus keeping them relevant.

It is also essential to leverage these emerging technologies into the entire enterprise value chain and their external diffusion into inter-organisational supply-chain networks. This would be an effective use of AI and machine learning from real-time data acquired from across the value chain, thus providing intelligent insights that would prompt smarter decisions.

All of this is not possible without a robust ecosystem of partners, such as start-ups and tech providers, who would develop easy to access and affordable technology to enable this revolution. And academia, which can conduct research and development to further foster the advancement in technology.

The Industry 4.0 revolution is already underway. Organisations that do not embrace it are at a great risk of being disrupted. By 2023, the competitive advantage of business in all industries will be driven primarily by innovations developed in AI. The fourth industrial revolution will allow for new ways to design organisations to operate and it will also transform the way we work.

18,790
Thank you for your comment, we value your opinion and the time you took to write to us!
Comments 1

Tweets by @forbes_india
Prev
Designer-less fashion: An industry waiting for AI disruption
Next
Data localisation: Running on the Edge