Is wide-body becoming the future of air travel in India?

While wide-body aircraft represent opportunities in a growing aviation market, a few hurdles must be crossed before they can be inducted into the fleet of aviation companies 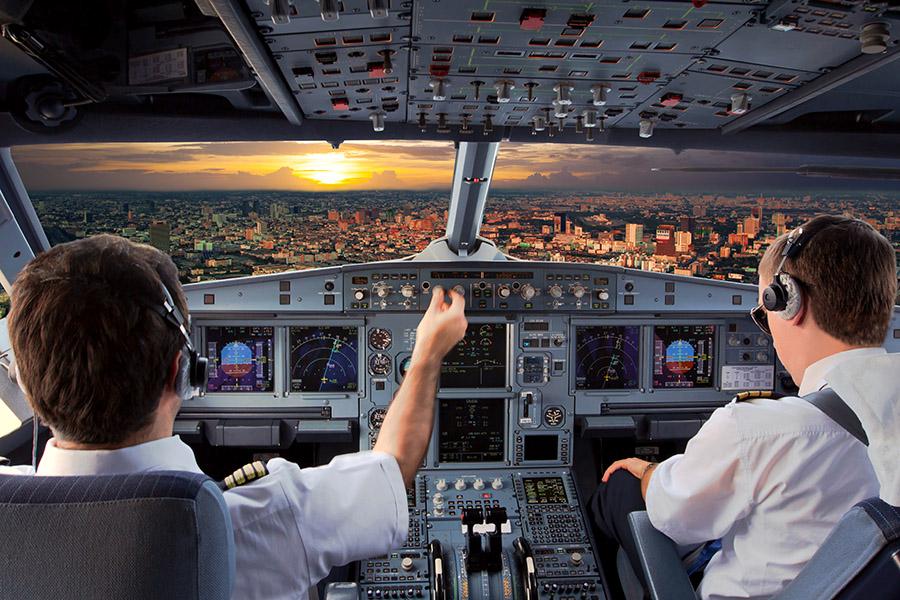 India will continue to see a meteoric rise in air passenger volumes. As the country’s economy continues to grow, Indians will continue to be increasingly mobile, internationally and domestically. The growth of Indian aerospace activities is further spurred on by a favourable policy regime and the launch of National Civil Aviation Policy (NCAP 2016) which focusses on the critical pillars of ‘affordability’ and ‘connectivity’.

Initiatives like UDAN, which focusses on improving regional connectivity, allows airlines to expand their routes and evaluate their growth ambitions. Airbus and Boeing have forecasted a demand for over 2,400 new aircraft valued at $480 billion over the next 20 years, indicating that airlines operating in India are planning an aggressive expansion in the coming few years.

A strong business case for wide-body aircraft Domestic air travel alone presents a plethora of opportunities. The Centre for Asia Pacific Aviation estimates that India’s domestic traffic is expected to cross 100 million passengers in 2017, implying that routes that are not considered high-volume now, will soon become so.

Global airlines are already looking at India with fresh perspectives and are moving quickly to tap into opportunities in the sector through joint ventures, such as Vistara and AirAsia India, or expanding domestic routes through code sharing with local airlines. This is also demonstrated by the FDI inflows in air transport (including freight) in 2015-16, which stood at $3.39 billion.

In fact, Vistara is expected to place a major order of up to 100 aircraft comprising 50 narrow-body aircraft and 50 wide-body aircraft. Indian carriers are also changing their business models and examining medium to long-haul flights on wide-body planes. The ability to carry higher passenger volumes with wide-body aircraft will allow players to easily connect the increasing number of regional aviation networks and hubs. For instance, SpiceJet and other low cost domestic carriers are looking at having a hub and spoke model where their turboprops and single aisle planes get traffic into their metro hubs from where their wide body planes offer connectivity to destinations that are eight to nine hours away.

Cognisant of this opportunity, carriers such as Air India and Jet Airways have both deployed wide bodies on domestic routes, operating 16 and 8 daily flights respectively, to cope with higher traffic and slot constraints at some airports. Wide-body aircraft present a number of strong advantages on high-volume domestic routes:

- Wide-bodies on domestic routes prove to be a high-yield option for airlines, providing carriers more revenue per available seat mile;
- Wide-bodies provide a significant advantage at airports with restricted infrastructure usage, enabling airlines to carry more passengers to airports with limited slots;
- A competitive environment demands that operating costs be kept low. Low operating costs bring down ticket costs, attracting more passengers;
- Improved fuel-efficiency not only reduces costs for airlines, and thus passengers, but it also contributes significantly to reducing the aerospace industry’s environmental footprint; and
- Deployment of wide-body operating model will free up a substantial chunk of narrow-body fleets which can be used successfully on newly opened regional routes.

While wide-body aircraft represent opportunities, a few roadblocks will need to be overcome. Increased airport infrastructure (such as parking bays, fuelling services etc.) and MRO (Maintenance, Repair & Overhaul) capabilities will need to be upgraded and brought up to speed, including the creation of a skilled workforce. Increased collaboration between airlines, airport authorities and the government can lead to big strides in overcoming these hurdles.

Fleets of the future: The technology advantage
Aircraft design and technology has progressed over the years. Today’s wide-body engines are much more environment friendly, with reliable engines that are fuel-efficient, cleaner and quieter. For example, the latest Rolls-Royce engine, the Trent 7000 which powers the Airbus A330neo, is not only 6dB quieter than the Trent 700, which powers the Airbus A330, it also features a 10 percent specific fuel consumption improvement.

Increased reliability of engines has also resulted in twin-jets being certified for longer duration of ETOPS operations. This was a privilege enjoyed by only tri-jets or four-engine aircraft such as the Boeing 747.

Additionally the use of composite materials for wide-body airframes has increased across the industry. These techniques reduce weight, increase corrosion resistance and resistance to fatigue related damages, lowering maintenance costs.

These developments in aircraft design and engine reliability make a compelling case for the viability of wide-body aircraft, especially so for Indian carriers.

These trends make it evident that the aviation sector will grow steadily in the coming years. Airlines could reap the benefits from the opportunities presented by the sector’s growth by aggressively and innovatively planning the induction of wide-bodies into their fleet.

10,293
Thank you for your comment, we value your opinion and the time you took to write to us!

Tweets by @forbes_india
Prev
Storage is the unsung hero of the media and entertainment industry
Next
Service Design: A key enabler of transforming businesses of future