Microgrids: The case for India to achieve 24x7 clean and reliable power for all

From an extended coastline to mountainous regions, from mines to historical monuments, microgrids can be a game-changer for reliable access to power for Indians 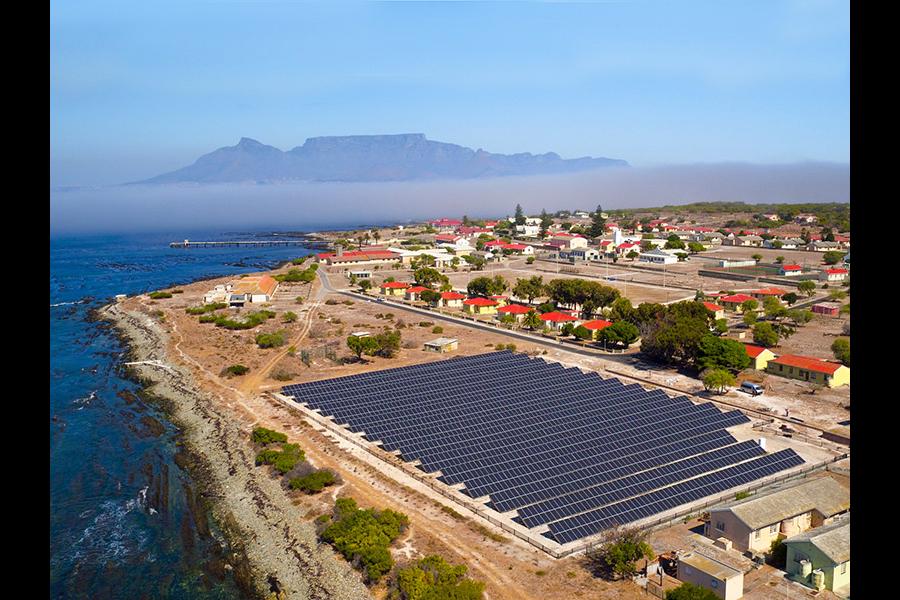 India has about 240 million people without access to electricity – that’s about one fourth of the total global population who don’t have energy security. The flagship program of the government pertaining to power addresses this with the vision of 24x7 reliable, clean and smart power for all.

The seventh largest country world over by area, with a 1.3 billion population, India is host to a diverse, ecologically-sensitive terrain – mountains in the north and an extensive coastline.

Combined with a fast increasing population, these factors call for innovative approaches to energy security. Distributed generation technology models like microgrids, which can be designed to optimise local energy generation sources along with grid and battery backup can be one way to solve the access to power and energy security challenge.

Last year, the Ministry of New and Renewable Energy (MNRE) came up with a draft national policy for mini and microgrids. This envisaged 10,000 mini and microgrids with 500MW of generation capacity by private players in the next five years. The draft policy also sheds light on measures to make this a reality. These measures include a single window clearance, grid connectivity and pricing visibility for evolution of bankable business models and providing policy support for technology adoption. While a final central policy is awaited, state governments have risen to the occasion and are developing their respective versions. Nuances are yet to be worked out, such as the role of power distribution companies and decisions on financing and payment models. However the nationwide call to action is clear and firmly on the way to realising this. In this scenario, microgrids can be a catalyst to realise the vision of power-for-all in India.

Close to 100 habitable islands and 7,500 km of coastline in India
Microgrids installed at Robben Island, off the coast of Cape Town in South Africa, which served as Nelson Mandela’s prison for 18 years, will help reduce a significant volume of 600,000 litres of carbon-emitting fuel that used to power the island. Operations will now be supported by the microgrid for nine out of 12 months.

Microgrid technology can similarly be embraced by Indian islands which are also hub of tourism activities and ecologically fragile. These include, Andaman and Nicobar, Elephanta and Lakshwadeep. In addition, these could also support coast guard installations which usually need 24x7 power for critical monitoring equipment. Many of these islands are vulnerable due to extreme weather conditions like hurricanes and tsunamis due to the impact of climate change. Microgrids are built to perform in extreme environments to ensure continuity of energy supply. In the event of a calamity, they are self-sufficient and can provide resilient power backups. They could further play a role in programs such as port development, like the Sagarmala project and other initiatives to support growth in island economies.

COP21 ratification and 175GW of renewable energy by 2022 targets for the nation
After ratifying the Paris Climate Agreement, India has pledged to reduce carbon emissions by 35 percent from 2005 levels and generate about 40 percent of its electricity from non-fossil fuel sources by 2030. India accounts for about 4.5 percent of global greenhouse gas emissions. Sources of renewable energy are usually in remote locations – waterfalls, deserts or offshore wind in the oceans.

Here, microgrids can be a plug-and-play solution. Their modular nature make them easy to install and run in remote and hard to access locations. They integrate with multiple distributed generation sources, including conventional diesel and gas, and/ or renewables such as solar photovoltaic (PV), wind, hydroelectric, tidal and even thermal schemes like combined heat and power (CHP), together with energy storage. Such a technology will ensure that the nation balances growth with green or clean energy – providing access to electricity simultaneously reducing emissions.

Harnessing natural resources efficiently and sustainably
India is the third-largest consumer of energy and importer, globally. Efficient extraction and more value per unit of energy extracted is imperative for the energy security of the country. India has also been blessed with abundant mineral reserves and is one of the largest global producers of steel, aluminum, bauxite and sheet mica. India also has the fifth largest coal reserve in the world. The government is looking at reducing dependence on oil imports and making mining safe and environment friendly. From remote onshore and off-shore oil and gas fields to mines, microgrid technology can be deployed to power their processes, and digitalisation offers enhanced safety and real time monitoring.

Make in India and becoming a global manufacturing hub
From automotive to smart phones, machine tools, defence or railways, India has taken major steps to take manufacturing to the next level of technology as part of the Make in India program. In order to further this initiative, industrial clusters form the cornerstone of a successful capital goods and manufacturing. When it comes to microgrids in India, the conversation primarily veers towards rural access, however microgrids can just as well catalyse industrial growth by providing continuous and resilient power for industrial and software parks developing in the country. Critical installations like power plants, hospitals, defence installations, stock exchanges and research centers can design and deploy microgrid solutions as per their sectoral requirements.

Microgrids, the disruptive influence that achieves massive scale, in time for us to ride the economic growth wave
The applications of a microgrid are wide and the solution has come to technical maturity at the right moment for India. As a ‘power system in a box’ the microgrid presents disruptive possibility for the nation’s power grid, solving the problem of achieving massive scale in short time. Microgrids can connect remote areas which are not part of the main grid or provide support to the grid in times of urgent requirements. A grid-connected microgrid can also transition seamlessly into ‘islanded’ mode, operating as an independent self-sustaining energy system. A range of lifecycle management, consulting and integration services enable companies to achieve maximum return on investment on their microgrids, from the initial design concept and on throughout long service life. With factory-tested, current plug-and-play microgrid solutions, installation is quick and easy. With the added benefit of cloud-based remote monitoring, vital diagnostics are always available and maintenance is simple.

12,953
Thank you for your comment, we value your opinion and the time you took to write to us!

Tweets by @forbesindia
Prev
Why are robo-advisors on the rise in Asia?
Next
Artificial Intelligence: Business Paradigm Reimagined