We are ushering into the second wave of mobile revolution, i.e. going past voice services and exploiting data services 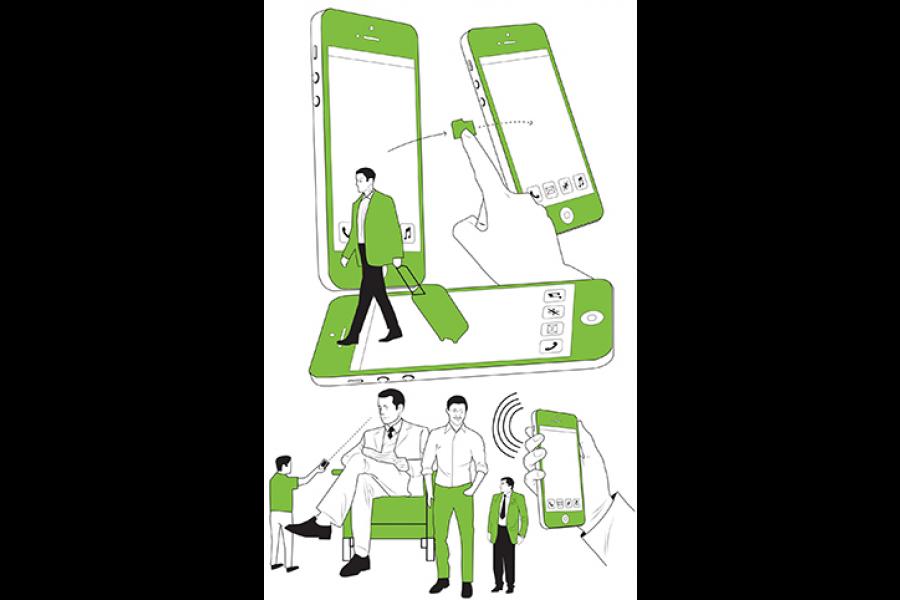 Five minutes on a street in India and you will be convinced that you are in the most connected community in the world. Cutting across socio-economic classifications, there is a feature common to everyone – a mobile phone! This technology that most of us have seen develop during our lifetime, has transformed the nation from one where a telephone was the symbol of dystopian bureaucracy – with trunk calls, rotary dials, and seven-year waiting periods the accepted norm – to one where a mobile phone has become a way of life. I manage everything from my bank accounts to paying bills to booking tickets to following my fitness regime on my mobile phone!

If you look back at the evolution of mobile services in growth market, the first revolution was marked by hyper-expansion of voice services to mass population. As we are ushering into the second wave of mobile revolution, i.e. going past voice services and exploiting data services, I have witnessed in recent years the phenomenal increase in smartphone adoption complimented with mobile data service usage. With the price of smart phones dropping to such low levels, consumers are opting for a smart phone rather than buying a traditional mobile phone. With a smart phone, consumers do not only enjoy the basic phone services, such as voice calls and texting, they are allowed to take notes, play games and connect with family on social networking sites, etc.

Given that we have a stable mobile data network, our appetite for rich online mobile application is also on a rise. It’s common to see passengers watch their favourite sitcom on their smartphone using live streaming from some of the service providers while waiting to board a plane. With the stable mobile network, there has been enough consumer demand, but what I see as a gap is the ability to develop and deliver rich and innovative mobile apps that fulfill the needs of consumers. There are few application providers that offer such solutions, but we still have a long way to go.

Skills gap for Multi Device Support: Today, many tier 1 and tier 2 cities are adopting smarter city strategy to offer, among other services, rich mobile-based apps. Various services including utility bill payment, tax payment, upcoming development project alerts, traffic alerts, etc. can be offered via mobile technology. The primary issue that the mobile app vendors run into is the plethora of devices that they will need to support, ranging from high-end smartphones, such as iPhones and Android to low-end feature phones. Focusing on a subset of device types will alienate the rest that might not be acceptable. Vendors developing applications have a herculean task to staff developers with a wide range of development skills.

Unreliable connectivity in remote areas:
Another challenge is lack of uniform connectivity in urban as well as remote areas. Using mobile apps, governments can streamline the processes to reach the needy citizens, especially in remote locations, fairly quickly. Programs such as “financial inclusion”, where every citizen of a country should have a bank account, can be accomplished using mobile apps. A scenario could be that a government employee servicing citizens in remote areas can be equipped with a low-cost tablet, with which he can offer a range of financial services to the villagers, including bank account opening, check deposits and loan applications. The challenge here is to design a system that addresses the lack of or intermittent data connectivity in the remote areas where the mobile application can barely function.

Supporting Traditional mobile channels:
One example is the traditional SMS and USSD channels that are not mobile application per se. These modes of communication have been around for quite some time. A large number of businesses have already evolved using these channels. For example, recently Indian Railways launched SMS-based train bookings service. Similarly, there are many such services that are offered over SMS and USSD channels. The challenge for application vendors is to support such non-traditional channels alongwith mobile apps and somehow integrate with same or similar back-end systems that other mobile apps would access. Additionally, the user interactions will also be expected to offer similar experience like in a smartphone application. For application vendors, this does a pose number of integration challenges.

The above list is just a subset of challenges that application vendors face in growth markets. These can be quite overwhelming while implementing a mobile solution, however some of them can be addressed by adopting few strategies.

We are indeed in an exciting era, where mobile technology can change the way we do business – the way we receive services, and perhaps the way we even run our family finances. Given we have a stable infrastructure, tremendous growth in smartphones adoption, huge consumer appetite, the need of the hour is for service providers and innovative developers to recognize the potential, identify the gaps and offer rich and innovative mobile-based services to the end users. The best is definitely yet to come!

6,691
Thank you for your comment, we value your opinion and the time you took to write to us!