Neoskilling: How to implement double and triple-loop learning for employees

Neoskilling eliminates routine drudgery and allows employees to focus on innovation, intuition, and empathy--things no programmed machine can ever do 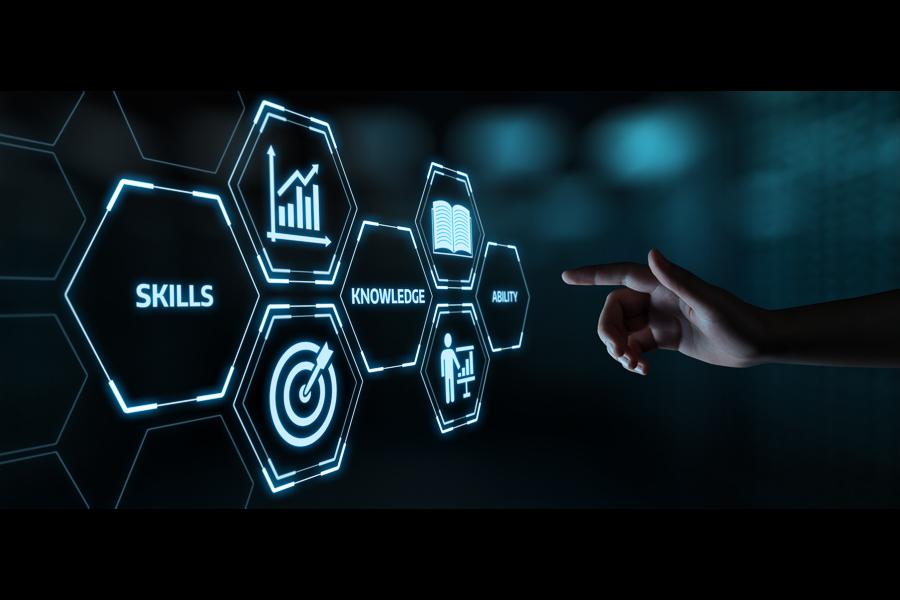 The tides of digital transformation and artificial intelligence (AI) we are witnessing today have the potential to deliver remarkable benefits, if managed well. This is particularly significant for developing countries such as India. We missed much of the earlier waves of large-scale literacy, vocational training, industrialisation and eventually, employment. It is an opportunity to leapfrog the proven ways of basic education and develop skills to bridge the ‘digital gap’, eventually the social divide.

The first ability involves appreciating Peter Senge’s ‘non-obviousness’ and John Kay’s ‘obliquity’. As Senge emphasised, small changes produce big results due to the effect of leverage, but are not obvious. Economist Kay’s ‘obliquity’ proposes the idea of achieving complex goals indirectly. Both these require progressing beyond single-loop learning with ongoing feedback, and focusing instead on double-loop or even triple-loop learning. Double-loop questions the rules and assumptions based on which the system is designed while triple-loop questions the learning process itself.

The second aspect for soft skills involves fundamental changes in one’s mindset and personality, in order to inspire others and be self-motivated. When individuals imbibe vital soft-skills, there is a sea change in their approach towards work and colleagues. We need to see 'autonomous motivation', primarily intrinsic in nature, vis-a-vis 'controlled motivation', driven by external incentives and regulation. This results in rejuvenated team members, who willingly go above and beyond the call of duty for the sake of the organisation, thereby transcending all perceived limitations.

The ability to learn faster than one’s competition will be the source for competitive advantage in the long run, in the knowledge-based economy we are moving towards. In other words, achieving business objectives through empowerment and skill development of employees in contemporary and emerging competencies. This is what we refer to as ‘neoskilling’.

Neoskilling is holistic, including soft-skills, cultural aspects and instills higher-order thinking in individuals and groups. It extends beyond the organisation to the ecosystem in which it operates. It is not just a finite set of skills that can be taught in the classroom. It entails proactive acquisition of technology-agnostic vital capabilities, critical for an enriched ‘Workplace of the Future’ that is evolving and dynamic.

Neoskilling includes learning to use technology, tools, and programmability, as well as mastering the multiple combinations of digitally-driven automation and algorithms backed by AI. It eliminates the routine drudgery and allows employees to focus on creativity/innovation, judgment/intuition, and empathy/compassion--things no programmed machine can ever do.

More often than not, we are stellar individual contributors, but usually fail to work collectively and cohesively with others, as a member of a well-meshed team. Neoskilling proposes a mental metamorphosis, just like a caterpillar having to undergo a physical change to become a butterfly.

In the inspiring story, Hope for the Flowers by Trina Paulus, a caterpillar searching for meaning in life, realises its true destiny is to fly, a lesson learnt from becoming disillusioned after crawling to the top and finding nothing there. This was facilitated by the realisation that neither ruthless individualism nor pseudo-mutual groups are appropriate. Once the futility of relying on either dawns on individuals, the stage is set for the necessary metamorphosis to break one’s shackles and reach for the sky.

Techies who excel individually should be motivated to work as part of well-meshed teams or clans that extend beyond humans across geographies to machines, devices and algorithms. Professionals should have an attitudinal change to be ready for life-long learning in their careers. The days of picking up one skill in universities or in their first job and sticking on to it for their entire career are history. It will need a motivated team starting from the leadership to all levels in organisation to be aware of what is going on and match the pace at which technology is evolving today: Neoskilling.

This article is based on concepts presented in their recently released book Neoskilling for Digital Transformation and the Artificial Revolution, published by Wiley India.

4,110
Thank you for your comment, we value your opinion and the time you took to write to us!

Tweets by @forbesindia
Prev
Data localisation: Running on the Edge
Next
The key to digital transformation is not technology, but people