Order-to-create software: Can app development be as easy as ordering a pizza?

Traditional app development is time consuming and expensive; even some low cost methods don't solve the problems. It's time to make app development as easy as ordering a pizza and picking customised toppings to help small businesses ride the digital wave 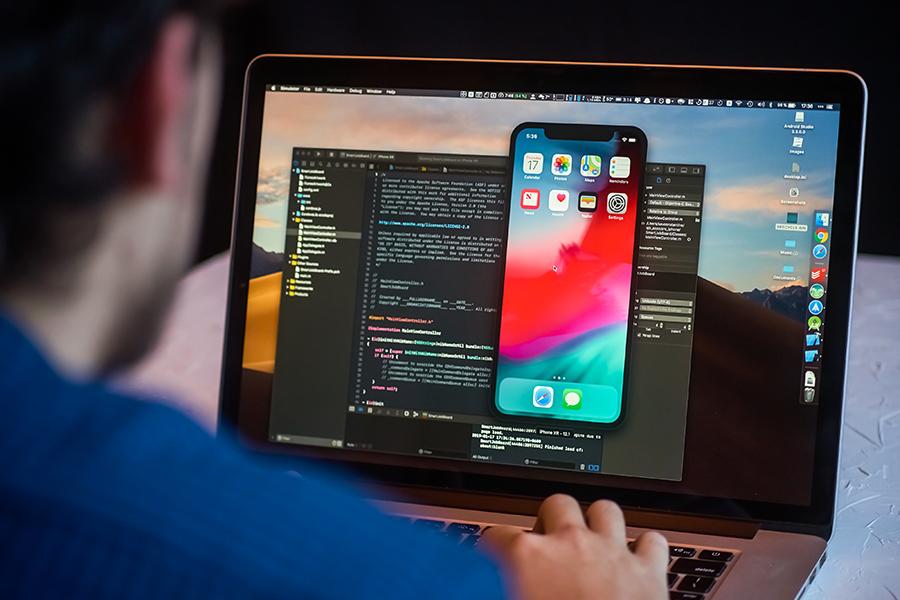 It’s never easy being a small business. Time is both precious and limited, resources are few and far between, and the pressure to attract more buyers and increase sales is never-ending. Unfortunately, the pandemic has only added to those pressures and created more obstacles to long-term growth. This is evidenced by the findings of a survey by the All India Manufacturers’ Organisation, in which more than a third of small and medium-sized businesses in India said they saw no chance of recovery in the wake of Covid-19.

The best way forward is to engage with customers in the channels where they’re most active and engaged—that’s online, especially on the mobile web and mobile apps. And data supports this: The total number of mobile apps on the planet has now reached a massive 8.93 million and there will be roughly 7 billion mobile users worldwide by 2021. Even Apple realises this, as it recently dropped its App Store fees by 15 percent for businesses with under $1 million in revenue.

It’s an app-first world and we’re all just living in it. Every business and every entrepreneur will be software-powered. All customer interactions will require automation and be digital-first, or at least augmented by digital technologies to some degree.

Identifying the right software development modelWhile it’s more than evident that small businesses should invest in digital, the bigger question is—what’s the right development model to get there? Should small businesses have to rely on hiring a web development agency to build and launch an app? Going this route can have many challenges—it can take upwards of three to nine months and cost hundreds of thousands of dollars depending on the complexity of the app and scope of the project. This isn’t effective or scalable for small businesses, who typically have small purse strings and need to execute fast.

Another route that’s been garnering considerable attention in the media and analyst community is low-code/no-code development. Gartner predicts that 65 percent of application development low-code by 2025. It’s also projected that the global low-code development platform market will generate $187 billion in revenue by 2030. There are certainly many advantages to this model—very little technical expertise and coding are required, the costs are dramatically lower and the speed to build/launch is relatively faster than going the traditional web development route.

But there are still some challenges too. For one, the vast majority of low-code development platforms typically only produce web apps that run inside a shell or need a special player, meaning they are only internal too. So the software doesn’t actually make it into the app stores. This can be problematic for a few reasons. Research by Criteo shows that people view 4.2 times more products per session within apps, compared to mobile sites. Apps also push more people down the purchase funnel with three times higher conversion rates compared to mobile sites and 1.5 times more conversions per session than via desktop. So if native apps aren’t being built and launched in the app stores, the results will be less than ideal and will end up costing small businesses in the areas of user acquisition, engagement and retention.

Meet the future of software development: order-to-createAs seen above, building software can be time-consuming, exhaustive, expensive and demand the expertise of too many people. Most small businesses simply don’t have the time and resources for this. Unfortunately, that often leaves them without the necessary digital technologies and innovation to stay competitive and flourish. Failure can then become a foregone conclusion.

It requires a completely new way of looking at software development. Rather than thinking of it as a techie staring into a computer terminal and writing code for hours on end, the new software developer is the everyday person who thinks Java is a coffee bean and c# is a musical notation.

If we were to, for a second, assume that software was pizza, I’d argue that the world is craving Domino’s Pizza. Small business owners and entrepreneurs have no desire—or time, for that matter—to buy a pizza oven and then take a series of in-depth classes to learn how to use the oven to make pizza. They just want their software and they want it delivered fast and for it to be delicious.

Much like consumers can pick and choose from a pre-selected list of ingredients and customise their meal orders to their personal preferences, small businesses should be able to pick and choose from a comprehensive library of reusable features and templates that snap together onto a base plate, communicate with each other and produce the optimal software/app—both for small businesses and their target users.

At the core of this order-to-create model is a paramount need to remove the human variance from software development, whether it’s using natural language to convert a customer problem into code or dynamically allocating an army of experts from around the world to work on customer workloads without the customer ever having to speak to a developer. So, we’ve reached this inverse pyramid where we can drastically cut down the build time from 46 weeks to anywhere from two to 12 weeks. And every time someone builds an app (with the help of automation, AI and machine learning), it reduces the costs and time for each person that comes after. That creates a flywheel effect, democratising software development for all (not just the few technically capable with big budgets). Ultimately the perfect relationship is having technology mediate and orchestrate the relationship between the folks ordering the software (i.e. citizen developers like a local bakery owner) and the folks who can customise the software (i.e. technically savvy developers, designers, etc.).

The writer is CEO & Co-Founder of Builder.ai

3,530
Thank you for your comment, we value your opinion and the time you took to write to us!

Tweets by @forbesindia
Prev
Why the brain will always win in the battle against AI
Next
Not just Covid-19, automobile sector's other problem: Microcontroller shortage