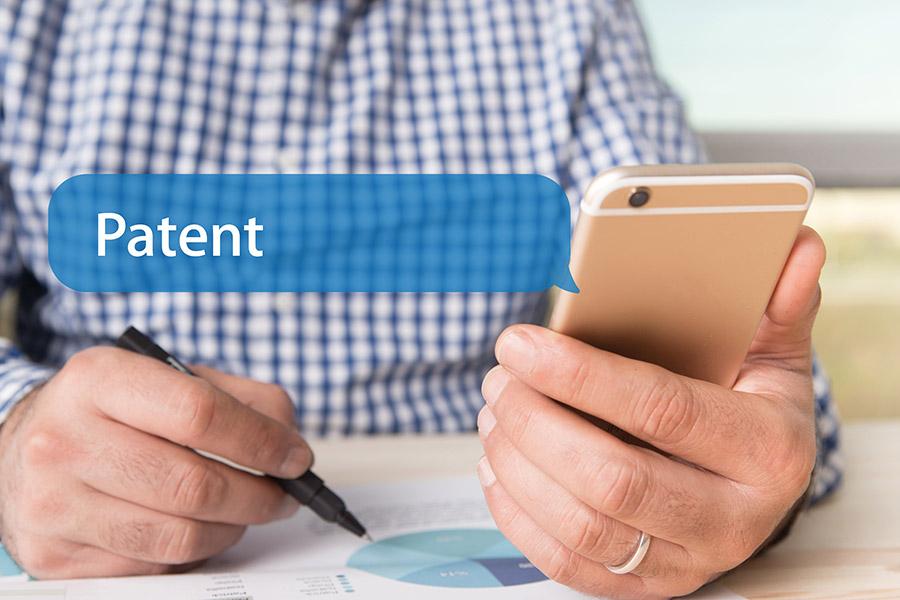 Apple Inc. and Samsung Electronics are engaged in series of high profile intellectual property disputes. Their cases have reached the Supreme Court of the United States more than once and there seems to be no end in sight. Two cases deserve special mention. The first one deals with certain design patents of Apple. This case was filed in the year 2011 by Apple against Samsung but after many rounds in various courts this dispute headed for a retrial in May 2018 wherein jurors have awarded Apple $539 million in damages, concluding that Samsung had infringed on Apple design and utility patents. The design patents in the case included black rectangular front face with rounded corners as well as rectangular front face with rounded corners and a raised rim. Samsung smartphone's resemblance with Apple iPhone led to Apple suing Samsung alleging infringement of the design patents. US Patent Act provide a damage remedy for design patent infringement. One who manufactures or sells any ‘article of manufacture’ to which a patented design is applied is liable to the owner to the extent of his total profit.

In the first instance, the entire profit made from sale of infringing smartphones was awarded to Apple by a jury in damages. The federal court of appeal confirmed the damages award holding that as the innards of the smartphones were not sold separately from their shells as distinct 'article of manufacture' the award by the jury was correct. The Court of Appeals for the Federal Circuit (CAFC) identified the entire smartphone as the only permissible “article of manufacture” for the purpose of calculating the damages because consumers could not separately purchase components of the smartphones. But the Supreme Court in Samsung Electronics Co. v. Apple Inc., 137 S. Ct. 429 (2016) disagreed with the view holding that in the case of a multicomponent product, the relevant “article of manufacture” need not be the end product sold to the consumer but may be only a component of that product. But the U.S. Supreme Court declined to establish the relevant test and remanded the case back to the circuit. The Federal Circuit in Apple Inc. v. Samsung Elecs. Co., 678 F. App’x 1012 (Fed. Cir. 2017) held that the trial court should consider the parties’ arguments in light of the trial record and determine what additional proceedings, if any, were needed.

In another case between the parties, Apple took Samsung to court alleging infringement of certain utility patents like the ‘slide-to-unlock’ feature. Apple won before the district court but initially lost in the Federal Circuit which ruled that certain patents in question were invalid because of obviousness. Apple requested en banc review by the entire court, which was allowed and the en banc court in Apple Inc. v. Samsung Elecs. Co., 839 F.3d 1034 (Fed. Cir. 2016) observed that the panel wrongly reversed nearly a dozen jury fact findings including infringement, motivation to combine, the teachings of prior art references, commercial success, industry praise, copying, and long-felt need across three different patents. The en banc court observed that the panel wrongly did so despite the fact that some of these findings were not appealed and without ever mentioning the applicable substantial evidence standard of review. Following Supreme Court’s judgment in Teva Pharms. Inc. v. Sandoz Inc. (2015), it reinstated the district court’s judgment holding that the jury verdict on the issues was supported by substantial evidence. Samsung’s further appeal to the Supreme Court could not succeed and thus this litigation achieved its finality with Apple scoring victory over Samsung.

In another interesting turn of events Apple and Qualcomm are filing claims and counter claims against each other. Qualcomm being a leading technology company has a tremendous impact in the mobile phone industry. It claims it has a patent portfolio which includes more than 130,000 issued patents and patent applications worldwide and hundreds of mobile device suppliers have taken licenses from it. Its inventions form the very core of modern mobile communication and enable modern consumer experiences on mobile devices and cellular networks. But it is loathed by the smartphone makers as extracting huge licence fees from them.

Qualcomm claims that its patented features enable and enhance popular features that drive consumer demand. Few examples are power-efficient radio frequency transceiver technologies; innovative designs for components of processors and memory arrays that decrease power consumption and improve device performance; and advanced image processing techniques that allow users to recreate photographic effects. It thus claims that its inventions form many core technologies that make the iPhone work. But Qualcomm alleges that Apple avoids paying for the fair value of the patents. It further alleges that Apple even encourages other companies that manufacture the iPhone to breach the contract with Qualcomm by refusing to pay for the technologies. On the other hand, Apple Inc. is suing Qualcomm Inc. accusing it of monopolization. It also alleges that Qualcomm has infringed few of its patents. Qualcomm is also being investigated for anti-competitive practices in certain jurisdictions. The rate of royalty remains the main bone of contention between Apple and Qualcomm. Though Qualcomm has been recently lowering the cap on royalties it charges handset makers for using its technology, yet the labyrinth of patent disputes in the mobile devices industry is expected to continue with new patented technologies being also made part of the future actions.

6,883
Thank you for your comment, we value your opinion and the time you took to write to us!

Tweets by @forbes_india
Prev
4 reasons to go omni-channel, and 3 reasons why you may be failing
Next
Social media: Too powerful to tame, too big to ignore