Speed of innovation, the essence of survival

Automation will be one of the most profound and disruptive forces in human history, with those companies that master automation dominating their industries

Deepak Misra is the VP-IT, at Berger Paints and Premalakshmi R is the Head – Cloud Platform, at Oracle India. 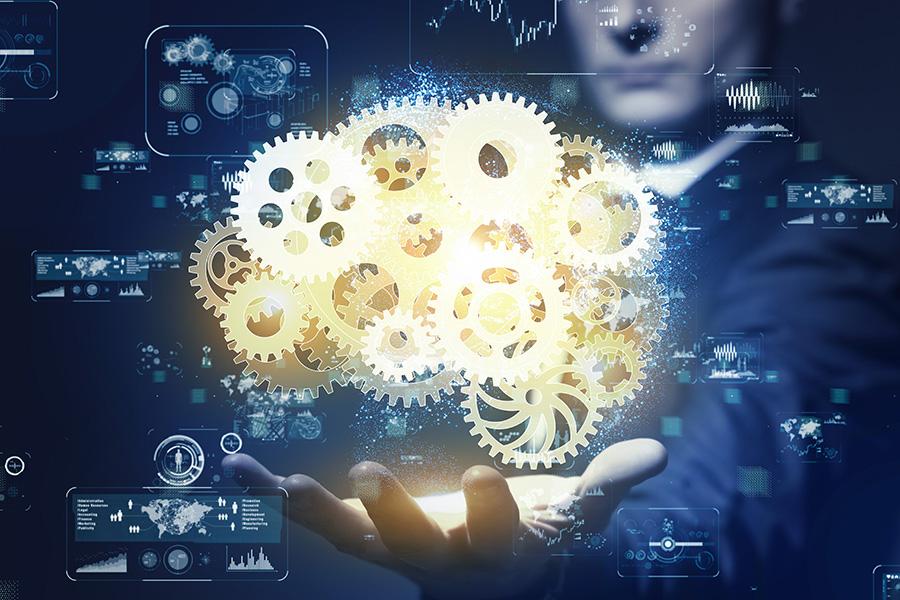 Speed is the absolute essence of combat, according to the book The Principles of Personal Defense, and for many companies facing the challenges of digital disruption and the fierce competition it brings, today’s business scene must feel like a combat zone. To survive in this battleground, speed, especially in the area of innovation, is essential.

As such, more and more chief executives (CEO) are increasingly looking to their chief information officers (CIOs) to accelerate innovation and unlock new growth avenues. To keep pace with the digital economy, CIOs need to transform their thinking. The first step is to consider making their information technology (IT) systems autonomous, i.e. self-managing and self-securing.

Today, companies are no longer asking themselves whether they should consider digital transformation of their business, but rather how, and how soon. According to 75 percent of the senior managers surveyed for Designing IT Setups in the Digital Age study, the key to a successful transformation lies in the integration of business and IT responsibility. Another 68 percent of managers expect their IT departments to come up with new ideas for digital business models – reiterating how IT is increasingly being seen as a business enabler and growth engine for the company.

The challenge for many CIOs is that the reality looks very different, with their remit – and budget – still dominated by having to devote the majority of it to managing complex, legacy systems that are unable to support advanced data collection and analytics. How, then, can the company use its data for competitive advantage?

Another issue is the siloed nature of traditional data management systems, which makes having a holistic view and approach across the organisation -- empowering an enterprise-wide business strategy with common goals -- often remain only wishful thinking. It also significantly impacts the company’s ability to identify new markets, make investment decisions on a rational basis and use resources more profitably. It further creates a lack of transparency.

No wonder Forrester’s 2018 predictions highlight that over 60 percent of executives believe they’ve fallen behind in their digital transformation journey.

Automation speeding up the revolutionFortunately, there is a new force on the horizon, that promises an answer – automation.

According to Forrester, automation will be one of the most profound and disruptive forces in human history, with those companies that master automation dominating their industries. The analyst firm also forecasts that its uptake will accelerate in 2018 as firms look to boost performance and draw insights out of previously commodity operations. Why?

Speed is the answer. New autonomous systems and software – incorporated into areas like the database, systems management and security – empower these technologies to manage and secure themselves. This relieves IT departments of administrative tasks such as day-to-day operations and maintenance, which currently consume about 60-80 percent of their bandwidth. Automation also promises to perform these tasks much quicker and more effectively. This means the company can buy back the time and resources urgently needed to structure and analyse the growing volumes of data, giving new impetus to all areas of the business and empowering it to become a data driven business.

Automation will also have a significant impact on security, empowering updates and patches to be automatically applied, even during the hours of business operation. This is a tremendous step forward given that 95 percent of all cyber attacks today would become hypothetical, if only all the available patches were deployed in time. Automation would then eliminate one of the main weak points of today's systems, while at the same time reducing effort, enhancing security and minimizing human and administrative errors.

Active protectionThere’s another emerging technology coming to the fore, that comes with the potential to further boost security and helping minimise risk - machine learning (ML).

To combat today’s cyber warfare and offer the greatest protection against attacks, systems need to go beyond passive monitoring, and have the ability to actively protect themselves. Via ML, systems can "learn" to distinguish what is normal from abnormal events.

For example, if a "supposed" IT manager logs in from a faraway country at 3 am, and tries to access the company's financial data, the system will recognise this as an anomaly and will instantly raise an alarm, blocking user access as a precautionary measure. Alternatively, the system might decide, on the basis of the usage history, to initiate a multi-tier identification process, to confirm that this is not an attempt to commit fraud.

This ability to have systems manage, patch and configure themselves – and importantly, relieve budgets and "free up" resources for innovation, will become increasingly essential. No one wants to commit the time and effort to long winded projects focused on customising enterprise systems anymore.

As such, any investment for the future must focus on areas that can make a difference to the business, like artificial intelligence (AI) and automation. Which is why we believe, we must get to a point where our day to day business increasingly runs by itself.

With technology becoming the beachhead for business growth, speed innovating will become a business survival requirement sooner than you can imagine.

5,384
Thank you for your comment, we value your opinion and the time you took to write to us!