Tectonic shift across the board

The entire globe as a market-place, overwhelming a thought as it is perhaps, is now a reality made possible by increased digital linkages

NASSCOM® is the premier trade body and the chamber of commerce of the IT-BPM industries in India. NASSCOM is also a global trade body with more than 2,400 members, which include both Indian and multinational companies that have a presence in India. NASSCOM's member companies are broadly in the business of technology products and services, BPM solutions, Engineering R&D, Internet, Mobile and E-commerce. NASSCOM’s membership base constitutes over 90% of the industry revenues in India and employs over 3.9 million professionals. 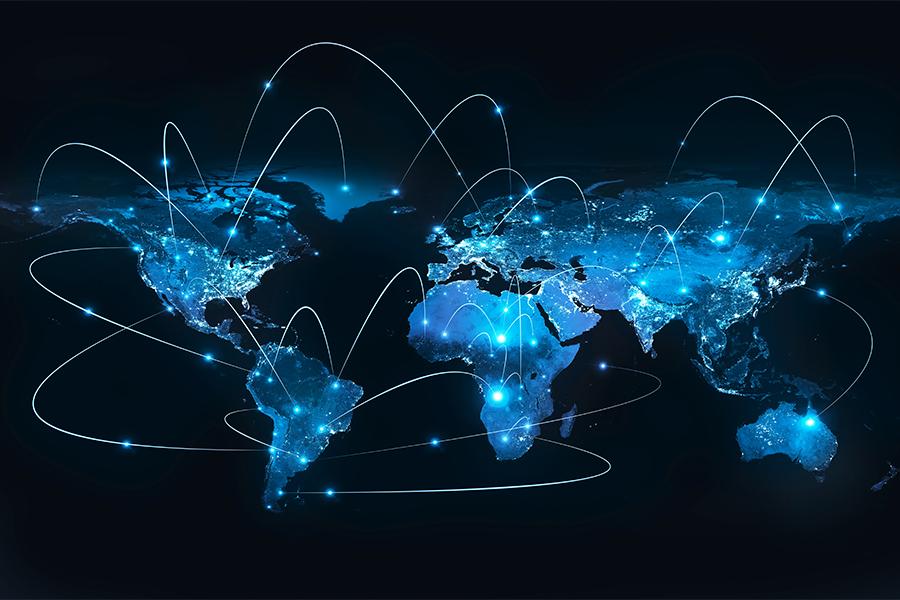 After the turbulence that we witnessed at Infosys recently, the word “board” may now be interpreted in an altogether different manner. Nonetheless, it posits that internal shifts within bellwether companies can send shockwaves and stock prices spiraling in a tizzy. Imagine the impact if the push comes from outside and through ideas whose time has come.

There’s one school of thought which says that globalisation as was commonly known in the previous decade, is being elbowed out by de-globalisation. This is typified by a movement in reverse gear, especially of finance, trade and people through protectionist measures. Among the key contributors may have been the increased cost of labour in emerging markets which has led to “re-shoring” of jobs.

The other contrasting view pooh-poohs this idea to consecrate a new one – the death of the old metrics and the birth of Globalisation 4.0. which really is about leveraging digital to increase productivity, competitiveness, customer experience and re-designing of supply chains. To underscore the relevance of a borderless world, mammoth-sized trading volumes of companies like Alibaba, Amazon are often cited. The entire globe (barring North Korea maybe) as a market-place, overwhelming a thought as it is perhaps, is now a reality made possible by increased digital linkages. Uber is the perfect case in point. Despite having grappled with regulatory challenges in many countries, it has still emerged as one of the fastest growing companies. Cost and convenience, the two attributes which sell, and this time accentuated by “click-technology”, has created a whole new level of customer experience.

The world’s most valuable resource is no longer oil, but data. For instance, few would want to live in a world without Google Search, one-day delivery and the never-ending stream of social media news feeds. Data volumes are exploding. The data generated in the last two years is more than in the previous history of the entire human race. Today, it is estimated to be about 4.4 zettabytes and by 2020 it is expected to touch 44. That’s equivalent to 44 trillion gigabytes. Smartphones, surveillance devices and the internet have made data ubiquitous and more valuable than we could have ever imagined. Whether we are running, watching TV or even stuck in a traffic, our data is being captured by sensors, fed into gigantic distilleries (read Big Data & Analytics driven software) whose sole job is to make sense and draw patterns out of it. The value derived from these algorithms can tell when a customer is ready to buy, a jet engine needs servicing or if an individual is susceptible to a certain health hazard.

Automation has led to a swathe of new technologies – SMAC, Driverless Cars, AI, IoT, 3D Printing among others. As in the past, this Industrial Wave (#4) too is eliminating jobs but creating new ones as well. Though the pace of change is significantly higher.

Moreover, the jobs that are being created are different from the ones lost and require higher skills. Both at firm and industry level, growth will have to outpace the impact of automation to remain a net hirer. Though it’s easier said than done, but it is precisely the challenge that the IT BPM industry is presently grappling with – re-skilling. By 2025, the share of digital as part of the global tech spend will shoot up to as much as 60%. That’s approximately 4 times what it is today! And yet, a sizeable share will still remain with traditional spend although with declining significance. Legacy businesses will be phased out in the next 5 - 6 years and striking that optimum balance will be the key to growth. Right now, the industry needs to re-skill about 1.5 million people.

A VUCA world which is witness to Black Swan moments, leaders today will have to pay attention to what’s happening out there – outside the precincts of their organisations – and be hawkish about global trends. If they are not doing this, then be sure they will be digging themselves into a hole. Many organisations continue to remain in denial mode and insist on doing “more of the same.” As Peter Drucker once said, “Solving today’s problems with yesterday’s logic.”

“Singularity”, as articulated by the futurist Ray Kurzwell is actually nearer than we think!

-By Srinivas Peri, the author, is Senior Director, NASSCOM

3,681
Thank you for your comment, we value your opinion and the time you took to write to us!

Tweets by @forbes_india
Prev
Data - Building blocks for the new world
Next
Reimagining customer journeys in retail: Adopting AI at the core