The outlook for fintech in Asia 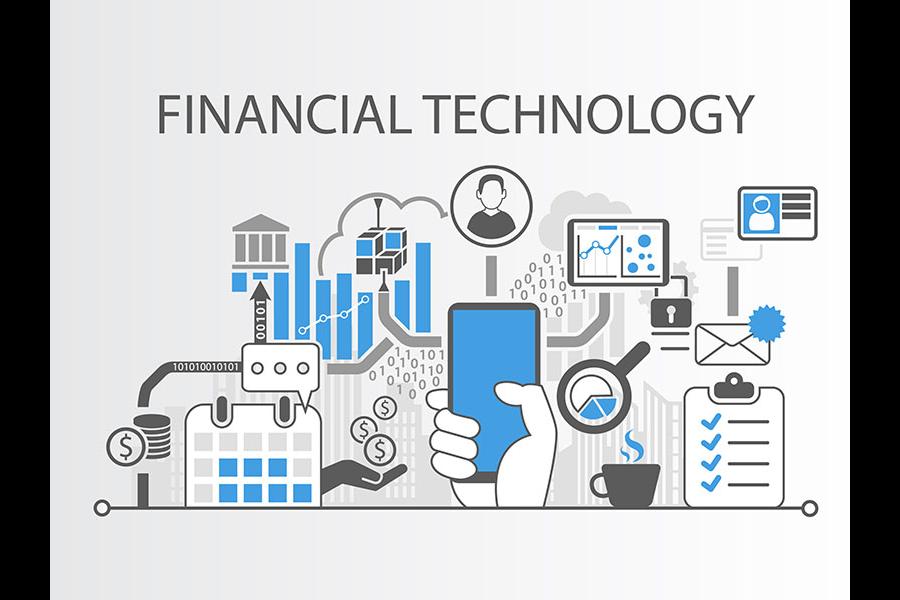 Asia has many things going for it. It has two of the largest and fastest growing economies, apart from a few other “tiger” economies; it has a young population which finds it easier to deal with technology than most other parts of the world; and, it is willing to venture into newer areas as it attempts to include the vast underbanked population into the mainstream.

The race is on. Singapore, Hong Kong and Australia are all vying to be the fintech hubs of the region, and whoever wins will have the opportunity to help fuel the economy across Asia/ Oceania. The fintech industry has gained a legitimate status and everyone, from banks to government, is starting to pay attention to its development. This has been augmented, in Asia, by a strong start-up culture, availability of venture capital and the need for alternate finance instruments.

“Fintech,” stands for financial technology, or technology used for the financial sector, and comprises of multiple things – artificial intelligence, blockchain, virtual reality, machine learning, cloud-based software – which are proving to be a mantra for financial institutions as they are allowing them to have limitless reach. It is enabling firms to redefine their value propositions and allowing them to expand their reach without having to incur significant costs. However, what we are seeing is just the proverbial “tip of the iceberg,” as we continue to scratch the surface.

Fortunately, though, regulators around the region are aware of the potential and are playing a big role in encouraging the growth of fintech in the region. The Government of Singapore, for example, has brought regulations to ensure the sector’s continuous growth. The Monetary Authority of Singapore is creating an innovation lab for fintech start-ups, and this is encouraging other economies like Malaysia and Indonesia to put forth their own regulations to not only help the fintech industry but also to protect consumers. In fact, Malaysia was the first ASEAN country to issue a regulatory framework for equity crowdfunding, followed by marketplace lending. Thailand too is in the process of creating its own regulation sandbox. However, for projects in the ASEAN region (Thailand, Vietnam, Indonesia, Singapore, Philippines, Malaysia, Myanmar, Cambodia, Laos, Brunei) to be advanced, the region will need to see an extensive broadband revolution and greater innovation in mobile financial services, ecommerce and connected devices to leapfrog competitors in areas like digital and mobile payments, microlending and digital identity.

China, one of the world’s fastest growing and biggest economies, has also embraced fintech by rolling out reforms to accommodate new products and services.  By the end of 2015, the market size of China’s internet finance sector was more than 12 trillion renminbi ($1.8 trillion) considerably dominated by the payments sector with more FinTech unicorns (companies worth over $1B) than any other region. These companies are primarily dominated by payment and micro-lending services which are incredibly popular in the region and as well as major e-commerce players like Alibaba who are driving forward technology innovation and consumer expectations in the region with the ability to pay with a smile. Given this, some of the largest enterprise opportunities in China for technology innovation include cloud and data analytics to support these businesses.

Japan’s approach to fintech is quite different. They are more known to watch/wait with new technology, and then when they do apply it, really transform how the it is used. Look at smart phones, emojis, etc. From a consumer standpoint, innovations in fintech will be taking place using technologies like Virtual Reality that will continue to advance popular gaming and entertainment. This could potentially spill over into enterprise applications for retail banking. Given the prevalence of mobile and chat, this is where one would expect to see AI applications like chatbots become incredibly popular for enhanced customer experiences with the enterprise. The greatest upcoming area for innovation, however is the enterprise. Mizuho Financial Group and Sumitomo Mitsui Financial Group have joined a $1.75 million funding round for Japan's biggest bitcoin exchange, bitFlyer, according to Nikkei. Expect digital currencies to play a big role in this market in the future with impacts on related business areas like FX trading.

This scenario is a far cry from what was prevailing not long ago. Until just a few years back, banks and other financial institutions had a monopoly over organized financial transactions – whether cash, plastic or online. Technology was primarily used to facilitate banking by managing servers, desktops, and laptops for bank personnel and for ensuring that printers were in running order. Viewed primarily as a cost center, IT was a business enabler – rarely a driver.

Banks, initially, viewed fintech companies as upstarts who were trying to poach their customers with the lure of convenience and technology. Unsure of technology themselves, stuck with legacy systems and heavily regulated, banks and financial institutions were facing immense pressure from fintechs who were forcing the incumbents to rethink their branding and customer distributions channels.

The state regulators did not make things easy, as they were themselves not sure of these new technologies and did not have any regulations to control them.  The initial knee-jerk reaction was to label them all as “fakes,” fly-by-night operators who would disappear with the customers’ money.

That, however, is no longer the case. The technology function has moved to the forefront of operations, progressing from just being an “enabler,” to being a key driver of a financial institutions’ strategy. It has gone from being a “facilitator” to a “disruptor,” with the potential of turning banking, as we all know it, on its head.  Today, IT is increasingly beginning to define the future of the banking and financial services ecosystem.

After a lot of ebb and flow, most banks, and for that matter even fintechs, have come to realize that one can’t do without the other. Fintechs have started demanding a regulated ecosystem in which to operate, and banks, on the other hand, are beginning to incorporate and embrace technology as part of their offering. Banks are realizing that fintechs pose a greater amount of opportunities than threats.

A next generation workforce The financial services industry has, in the recent past, seen technology-led changes, but now it is also witnessing new, employee-led changes which are allowing them to think beyond and into the future.  These employees are not looking at technology as just a business enabler, but as a business itself. They are demanding to work on innovative technology projects.

Fintech will drive the new business model, and the next generation of employees will drive fintech. The correlation is easy to understand, as the Asia Pac region’s new workforce, will be well-suited to understand and embrace “financial disruption” because of its grasp of technology and the start-up, innovation will continue to expand across the region.

The world is slowly but surely changing. After we move beyond the seemingly endless debate about how to untangle complex, legacy infrastructure, we realize that fintech disrupted conventional banking, and technology is disrupting fintech.

With the increase in popularity of blockchain technology and cryptocurrencies, many fintech entrepreneurs are starting to find ways to expand the market. As a result, new companies have emerged that use blockchain and its related technologies as the base for new and intriguing financial services applications and infrastructure that could create new business models and disintermediate existing ones.

While these applications are being built across industries, the financial services industry is contributing to blockchain platform and application development faster than any other industry given its potential to save institutions millions of dollars as they improve placements, claims settlement, reconciliation processes, and clearing and settlement.  This innovation will only continue to drive interest in the sector.

What this means for India?
Taking a look at the Asian sub-continent (India and neighboring countries), 2017 has shown a contraction of the IT industry in India – perhaps marking a shift in the future of technology delivery and the career path ahead for the country’s best and brightest. IT automation will dramatically change the IT services industry in India, and business need to be prepared by shifting their businesses to the innovation-lead models that the region and the global market demands.

What’s more, coming up to the anniversary of demonetization in India, with the government cancelling 86% of the currency overnight, it has been a catalyst for digital payments. This trend will only continue.

Also, India’s biometric database - “Aadhaar” - provides the only unique digital identity platform that is crucial for building real business applications. The uniqueness is achieved by demographic and biometric de-duplication and allows for nationwide portability through a random number devoid of any intelligence. This is managed through a scalable, open source architecture, providing financial services organizations the ability to integrate this architecture into account onboarding, know your customer (KYC), and other applications requiring uniquely identifying information.

To make use of these advancements, these businesses need to think more broadly about how to create transformative technology solutions. At the same time, they need to look at the non-technical components – a future state operating model, business process management and governance. Regulatory concerns, privacy, security, communication, though, are some of the other concerns which firms will have to manage. Technology may well be driving the change in the region, but financial firms need to look at how they drive the technology itself to create real value, and be a real differentiator.

10,651
Thank you for your comment, we value your opinion and the time you took to write to us!

Tweets by @forbesindia
Prev
6 future workplace trends businesses must watch out for
Next
Big Data: Looking back at advancements in 2017 and likely trends for 2018