In the current earnings season, there seems to be three big questions dominating most discussions around IT Services.

I went through a few interviews that N Chandrasekaran, CEO of TCS, gave to reporters, and listened to an analyst call. Here are my takeaways: 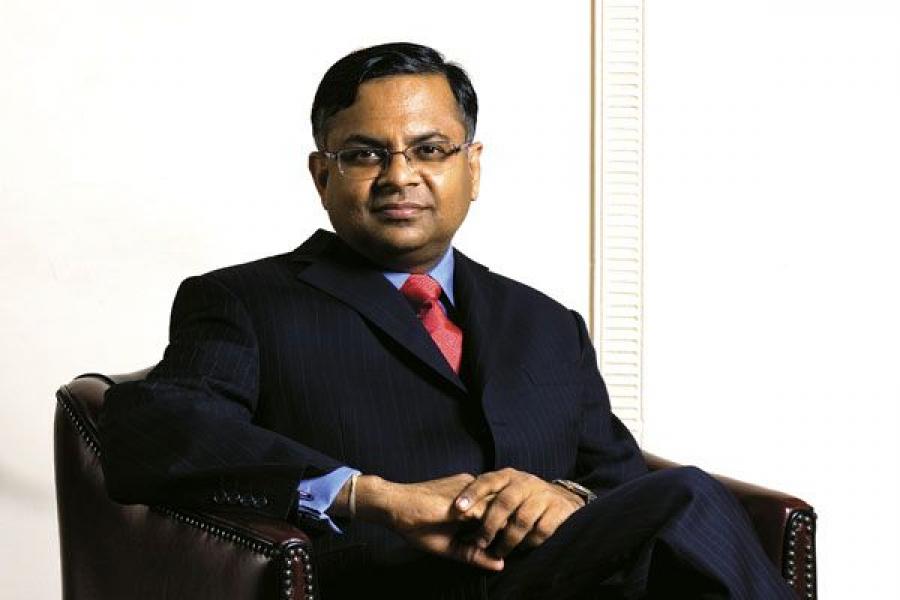 Customers ARE spending on discretionary items – but not everyone The general view is that the clients are spending on the so-called ‘keeping the lights on’ activities, and curtailing the discretionary spending. Some companies, such as Infosys, are feeling the impact on this on their revenue growth. Chandra however says that some of its clients are seeing the need for IT investments especially in this environment – and are spending more. For example, retailers are investing in IT to know more about their customers, banks are trying to rationalise their infrastructure to shore up their margins and so on. In an analyst call, he said it cannot be generalise, but some clients are indeed spending.
The second prevailing view is that companies in slow markets are tightfisted. This view can influence where an IT company focuses on and pressurise it  to turn its attention to economies that are doing well and away from those that aren't. Chandra, in an interview to UTV Bloomberg suggested that this view is wrong. "People try to isolate and box Europe, the US and so on. But what we have to realize is that many of these companies are global companies or companies who have their growth not necessarily in the markets in which they operate, they are all connected.”

Cloud will pick up – but will eat into traditional businesses
When Gartner released its revised estimates recently, many newspapers gave special mention to cloud services, which is growing pretty fast, and called it a bright spot. But there is a dark lining to the cloud. In an interview to Business Standard he said: Application development and maintenance will continue to grow but, yes, its share will go down. The reason is ADM will get redefined. So, an application that is maintained today in a custom-developed environment, when moved to a cloud-as-a-platform, becomes a platform business.

Better to be flexible about pricing – and use efficiency to tweak margins
None of the IT companies have said anything definite about pricing so far, despite seeing a drop in it. It’s for a good reason. Pricing changes from project to project. It depends not just on the prevailing environment, but also on the long term cash flow a company expects from a specific project.

Those who dare to take a call on pricing, usually place as much importance to tone of IT Services vendors when they talk about pricing as to what they actually say. Those indicators to suggest pricing might be coming under pressure. Which means, companies will turn the volume up on efficiency factors.

Downstream impact of the new normal in IT
Not long back, IT Services companies were talking about the huge skill gap prevailing in the sector, and newspapers, when they wrote about campus recruitments, invariably used the words War for Talent. The idea was the demand is huge, the supply is scare, and you have to wage a war to get enough talent on board. Last week, the words and tone of Shibulal told a different story. He said, Infosys would of course take all the freshers to whom it offered a job, because it will always honor its commitment. It indicates a clear shift of bargaining power.

Dhirendra Kumar, CEO of Value Research raises two important points related to this in his column today, both of which will see a lot of play in the coming days. The first relates to downstream impact of slowing growth rate. “In fact, at this growth rate, the IT industry's share of GDP will shrink because nominal GDP is definitely going to grow much faster than this. It's growth that matters, not size. The effect of this deflation will be felt far and wide, not just among the business and investing communities,” he writes.

Some years back, when IT sector was outshining the economy in general, and people started contrasting its shining buildings with slums, the huge salaries they took home with the prevailing poverty around, lobbyists and even top managers in IT sector spent good part of their time talking to journalists about the bigger impact IT growth was having. IT companies generate indirect employment to the extent of four for every software engineer, and these jobs went to lower layers of pyramids – to catering, transport services and so on. Their impact on housing and shopping were discussed too. It stands to reason that if the IT Services sector slows down, it will be felt downstream as well.

Kumar also talks about Google’s Code Jam competition. He writes: “Although India began with the highest number of participants, just three Indians lasted till round three, compared to 83 Chinese, 77 Russians, 36 Japanese, 25 Americans, 21 Poles, 13 Belarusians, 11 South Koreans etc. In fact, the code Olympics look much like the sports Olympics. So much for the IT superpower.”

On this at least, I have something more positive to report. A friend who has been attending tech conferences and seminars for several years told me he sees a change in the attitudes of his fellow software engineers over years. He sees more energy, more willingness to explore new areas, and more willingness to experiment. Perhaps, this set doesn't have the critical mass yet, but the direction is clear.

There are some initiatives that might act as a catalyst. Sometime back, a colleague and I met Swami Manohar, co-founder of Simputer, regarding one the initiatives he is spearheading. It’s called Jed-i, which tries to kindle the ‘joy of engineering, design and innovation’. It was small then, but I understand it has gained more momentum since.

Here’s a crucial paragraph from her piece: "We need to hear more, and hear more holistically from Infosys. For a company that has always aggressively over communicated the reasons for its (great) performance thus far, to not equally aggressively communicate the exact nature of and reasons for its poorer than expected performance and the fact it is on the right track, is spooky."

4,592
Thank you for your comment, we value your opinion and the time you took to write to us!

Tweets by @forbesindia
Prev
What is life? A Digital Code that You can Email and Download
Next
Today in Tech: Can Marissa Mayer do a Steve Jobs at Yahoo?; Infy's Marathon & GS on tech spending