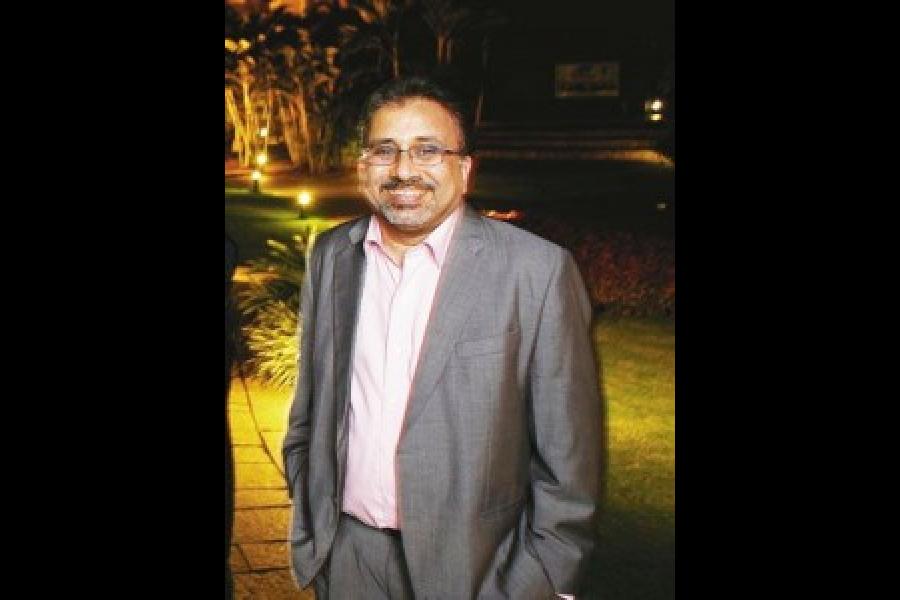 Suresh Vaswani's former colleagues at Wipro Technologies remember him for many things. They say he was full of energy and that he always seemed to be charged up. They say, he was known as a guy who can stick around - he was in Wipro for 25 years, and employed some of that persistence during his sales pitches. They say, he was intensely loyal - his eyes welled up when he announced he was quitting Wipro.

It will never be clear if these qualities helped him when he led Wipro. He was only a Co-CEO and had to share his responsibilities with Girish Paranjpe, who in terms of personality was his opposite. It's an arrangement that probably could have worked when times were good, and the underlying momentum carried the company forward. But, during the great recession, it did not work. Their personality traits might have provided some balance, but it slowed the company. Its rivals did much better. Azim Premji dismantled the co-CEO structure, and brought TK Kurien, an intense, numbers driven chartered accountant in their place.

The divergent personalities of Paranjpe and Vaswani was evident even when they quit. Paranjpe told Business Line that a lot of people were talking to him and “hopefully that will throw up some ideas. I am open to anything and not hung up on IT.” (Paranjpe is now MD of Bloom Energy International). Vaswani was clear about where his strengths lay. "I'm an IT guy", he told Times of India, "and will look at something good for my next innings of 10-15 years".

He joined Dell India last in April 2011, and has now been made the head of Services division. Services might account for just 13% of Dell's revenues, but by one count, it contributes to 29% of its market cap. At $8.3 billion, it has scale. But, the IT market today is very different too. Everywhere you turn, people talk about the New Normal, and also the new opportunities. It will be interesting to see if Vaswani's energy and persistence will help in giving shape to Michael Dell's vision.

How do you keep growing you business when you know, for sure, that the customer preferences will change, technologies will become obsolete, demand will fall, and statistically speaking, a company, even if it seems to be doing amazingly well, is more likely to fail than succeed? One of the answers is humility, an acknowledgement that the best ideas might be outside the boardroom, even outside the campus.

My colleagues in Forbes India have tried capturing some of the action around that insight in a few stories. Price Thomas wrote about Sanjeev Bikhchandani, who is using Info Edge's cash reserves to tap the innovations outside the company. My colleague Mitu Jayashankar and I wrote about Francisco D'Souza's efforts to create a venture capital structure within Cognizant. We all talk admiringly about the 20% time Google gives its employees to work on their pet projects.

Now, Wired writes about a similar initiative in LinkedIn.

Under InCubator, engineers can get 30 to 90 days away from their regular work to develop ideas of their own into products. Their ideas must first be developed into prototypes and clear two rounds of judging, with founder Reid Hoffman and CEO Jeff Weiner involved in the final round. Many ideas submitted to InCubator come from LinkedIn’s monthly “hack days,” in which workers can win awards for small bits of quickly written software

Tim Cook's interview
I am sure if you read Tim Cook's long but fascinating interview in Businessweek, you will find your favorite paragraphs. These are mine

The interview is here

If that's too much of Apple, here's something from Onion that will cool you off.

4,437
Thank you for your comment, we value your opinion and the time you took to write to us!