What is life? A Digital Code that You can Email and Download

Dublin: There may be deeper philosophical interpretations of life but for J Craig Venter, visionary geneticist who has been pushing the limits of genomics, life is a DNA software system; you change the system, you change the species. Just as all the marvels of computing derive from the binary codes of 00s and 11s, all life forms derive from a similar code, a Morse code of dots and dashes.

To his credit, Venter and his team at the J Craig Venter Institute in Rockville, Maryland, are doing their best, more than anybody else, to ensure that in not-so-distant future, one can transfer the digital life code in email, to be downloaded on demand for various applications. He is even building a digital-biological converter, much akin to the telephone that converts digital information into sound, that will convert biological information into digital information.

If that sounds too science-fiction-like, pinch yourself. It is reality, rather going to be reality very soon. For instance, take the pandemic flu vaccine. When H1N1, the swine flu bug, outbreak hit government agencies in 2009, it took almost six months to have the vaccine ready. Using the synthetic genomics tools and working with the US government and Swiss pharma major Novartis, Venter believes the next time such a crisis hits, the vaccines can be readied in less than a week.

How? The US government (say in consultation with the WHO) can email the genetic code of the virus in circulation to Venter’s institute (or his company Synthetic Genomics) which can then download it, synthesise the genome and send it to Novartis for scaling up and vaccine production.

That’s just one example, says Venter, who is in Dublin to participate in the Euro Science Open Forum 2012 (ESOF2012, the biennial science gathering), and deliver a public lecture at the Trinity College. It’s a landmark lecture primarily because of its title – What is Life? It’s also the title of one of the most stimulating books, an all-time classic in science (even for non-scientific audience) which was published by compiling the three public lectures that physicist Erwin Schrodinger gave in 1943. In that book, for the first time, and in the middle of the World War II, Schrodinger gave the analogy of a ‘code”, a code script for life. He proposed, prophetically, that the gene was an “aperiodic crystal”. The term originated from the fact that a gene had to be stable to be passed on from generation to generation and hence it must be some kind of crystal. 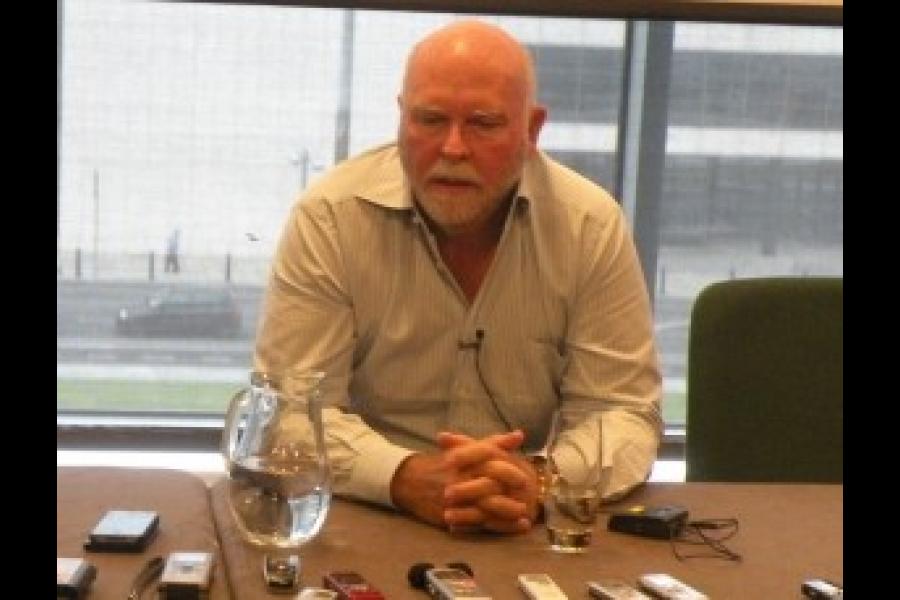 “It’s remarkable that his analogy suggested the code had to be stable and relatively simple. Most people don’t understand that everything that comes out of their computers is from 0s and 1s. That’s a pretty simple code,” says Venter.

Schrodinger’s book went on to inspire generations of scientists, biologists in particular. The most notable are James Watson and Francis Crick, who discovered the structure of DNA in 1953 soon after Maurice Wilkins and Rosalind Franklin captured the X-ray image of DNA in the same year. Watson and Crick were later awarded the Nobel Prize. Crick even wrote a letter to Schrodinger acknowledging the influence of his book. The slim volume (194 pages in the edition that I have) acted as a catalyst encouraging new approaches to biological questions.

Though it’s humbling to read what Schrodinger himself had to say about it: “…that some of us should venture to embark on a synthesis of facts and theories, albeit with second-hand and incomplete knowledge of some of them – and at the risk of making fools of ourselves.”

In the same spirit, Venter has embarked on a journey to look at life differently. He says he is the most “fortunate person on the planet as he gets asked questions about life and immortality”, though for the latter he has a pragmatic answer: “If you want that [immortality] do something meaningful in your lifetime.”

Two years ago, in May 2010, Venter and his team showed that it was possible to design and “manufacture” a synthetic life form using four bottles of commonly known chemicals. But that was a proof of concept and the organism that he made was similar to a bacterial life form found in nature. So when will he build something that is unique, and not found in nature?

“We have come up with three new designs and we are building those organisms …not sure which of them will work.” Venter says we are moving in an age where “life can be transferred at the speed of light”, meaning through the Internet. But it’s apparent he himself is moving at a speed unthinkable in science, even defying Moore’s Law. But is the society ready to accept such dramatic scientific advancements when we haven’t even come to grips with genetically modified crops?

Venter is convinced that the enormity of the challenges before humanity to provide food, clean water, energy and medicine to 7 billion people and counting, leave no choice but to accept synthetic biology and the tools of genetics. The potential applications of synthetic life forms are only limited by our imagination. “We are now a species that is 100 percent dependent on science for its existence.”

The synthetic life breakthrough, according to Venter, is worth a trillion dollars.

As for acceptance by the society, change is always resisted. He says when Watson and Crick first presented their findings on DNA structure, most people didn’t think much of their paper as most of them had this prejudice in their mind that protein was the genetic material, not DNA.

When it comes to synthetic biology, he says, we can change people by demonstrating that this new discipline can change agriculture. “Some people are changed by ideas, some by economics and others because they have food on their table. There’s no universal way to convince everyone.”

And one person, no less than octogenarian and Noel Prize winner James Watson, who is also at Dublin currently, isn’t very convinced. “Venter isn’t going to change the world. If you are waiting for him to change the world, go to Church”, he told an Irish TV journalist yesterday after an interactive session.

From the time in the late 1990s when Venter, with his small team, gave the multi-centre public Human Genome Project a healthy competition, he has pushed the boundaries of both science and technology, first as a scientist and then as an entrepreneur. Along the way he has had many converts. We look forward to the scientific and industrial revolution he promises every time he reaches a milestone.

6,683
Thank you for your comment, we value your opinion and the time you took to write to us!

Tweets by @forbesindia
Prev
Today in Tech: If TCS can do better than expected, what ails Infosys; Yahoo! Password Leaks
Next
Today in Tech: N Chandra on IT market, Downstream effect of slow growth, Rama Bijapurkar on Infosys