Not only does it require a different kind of people to go down the research path, but even requires a different sensibility to appreciate, and evaluate scientific research

Karl Popper, a philosopher and professor from London School of Economics once likened scientific research to a dark man, dressed in dark, who enters a dark room in search of a dark hat that may not be there. One of the greatest philosophers of science of the 20th Century, Popper, who died in 1994, captured the soul of this enterprise in this analogy. Not only does it require a different kind of people to go down this path, but even requires a different sensibility to appreciate, and evaluate, scientific research.

So last week when I came across two completely different stories, of two men above 70 years of age in pursuit of discovery, I was reminded of Popper and the fact that somehow in India we have a patchy record of appreciating/encouraging curiosity-driven research.

Dr MA Padmanabha Rao's story is depressingly inspiring. In response to my old blog post, Does Indian Science Suck, Rao, former deputy director of the Defence Laboratory in Jodhpur, wrote a moving account of his own career, the latter half of which has been spent in research. I reproduce that comment below but before that a little background on him.

After teaching nuclear medicine at AIIMS in Delhi, he joined the Defense Lab in Jodhpur in 1983. He did experimental work in nuclear physics and detected new phenomenon in light emission from X-ray sources, science that lies at the intersection of nuclear and X-ray physics and atomic spectroscopy. But before he could publish his work, he attained his retirement age. Rao was neither given an extension nor due recognition in promotion; in fact, he was denied promotion. 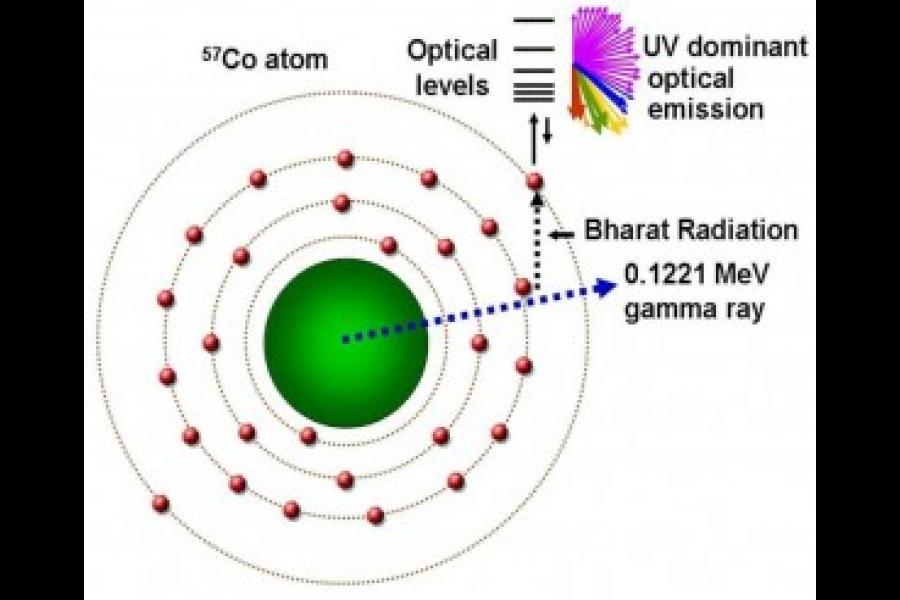 He continued interpreting the data and kept sending his work – remember, as a freelance scientist which is not a good position to be in, in the rarefied world of scientific publication -- to various journals. Many rejections came; finally he published his work in the Brazilian Journal of Physics. He has termed his observation of the new light phenomenon as Bharat Radiation, but nobody in “Bharat’ seems to care for it! Care enough to repeat those experiments and validate or refute his claim. He says when he met late nuclear scientist Raja Ramanna in Bangalore, the latter first showed disbelief, and then disinterest. “I am tired and retired”, is all that Ramanna said.

“He has experimentally observed radiation for the first time. Why this work was not published in more reputed journals, I don’t have an answer to that,” says DC Dubey, former professor of physics at IIT Delhi who has known Rao for a long time. Prof Dubey, who is now at ITM University in Gurgaon, says he trusts Rao’s work and the claim is original, “how important it is remains to be seen.”

“In this country if you have a godfather, things move faster and you even achieve things which you don’t deserve. But Rao neither has a godfather, not any association,” says Prof Dubey.

Can any Indian institution give an honorary title of National Professor or Emeritus Scientist to Rao so that when he sends his research paper to journals for publication, he is treated with more respect? He says he has some more work in solar physics to be published. We only hope he has some institutional backing this time.

Here’s Rao’s story in his own words:

How scientific discoveries are made? I saw a long debate keeping in view why India could not make any original research or scientific breakthroughs. It is not true that India failed to do any breakthroughs or discoveries in the past. In understanding a surprise finding noticed in 1988, I worked day and night for 9 yrs from 1988 until my retirement in 1997 at the Defence Laboratory (DRDO), Jodhpur, Rajasthan. I officially met Dr.A.P.J. Abdul Kalam, the then Scientific Advisor to Minister of Defence, in 1992 in his office and appraised my discovery on detection of light emission from radioisotopes. Moreover, the Director of the Laboratory has officially sent my official Technical Report released in April 1997 on my discovery of new 'atomic phenomenon' in radioisotopes and XRF sources to Head of DRDO, Dr. Kalam. Instead of giving an award or a normal promotion, I was not even allowed to attend interview for my last promotion to sc F post in summer 1997, because of downgrading my confidential reports by my seniors for reasons unknown to me. Some annual and half yearly reports sent from the Laboratory to Dr. Kalam mentioned my discoveries, yet I was victimized.

http://www.nature.com/news/2011/111107/full/news.2011.632.html . There is none to question Dr.Kalam, and DRDO why it happened to the discoverer of a new atomic phenomenon and none can undo the immense harm done. After retirement, I continued my fundamental physics research at my residence in New Delhi for another 13 yrs until publication of my research paper in Braz J. Phy, Mar, 2010, http://www.sbfisica.org.br/bjp/files/v40_38.pdf which claims six fundamental physics discoveries including the discovery of Bharat Radiation. Since I am an Indian and done the research in India, so the research is hardly known to most Indians for various reasons. Some top scientists pretend that they are not aware of the recent physics discoveries done in India, though most popular in Internet.

On record, I am the current discoverer in India but I do not find any senior scientist from DRDO or any other organization coming forward to recommend for any award, research grant, or Emeritus Scientist. Most of my pension benefits (nearly 2 lakh Rupees ) were spent on funding my own research, attending international conferences in USA, Bulgaria and Russia to check up the opinion of foreign scientists whether these are really discoveries. Since Russian Conference in 2008, I did further research on discovery of Sun’s Bharat Radiation emission and Sunlight phenomenon. Many of my juniors were fortunate enough to supersede me at Jodhpur, while I was busy with my research breakthroughs. By doing routine research generally scientists get every promotion and many facilities in professional life. For being an Indian discoverer I lost everything, promotion, the pension benefits and minimum pleasures of life while working several hours a day. When I was seriously working on surprise finding during 1988 to 1997 or afterwards, I was not sure whether my paper will ever be published. It was rejected over 13 times since the journals generally hesitate to publish breakthroughs and more from countries like India. After publication, none from India or abroad cared to verify the published findings.

Discoveries take long years for recognition. Sometimes, if discoveries are done on Indian soil, it is possible that they never get recognized. But I never felt that I wasted my precious life. Doing a discovery is a rarest of rare event in science, and could be done only by a very few in the world. I am happy since I was able to do the research despite very unfavorable conditions. Although my juniors superseded me, it did not dampen my spirits to do research up to late in night for months and years at Jodhpur. Except in 1997, media did not show any interest in releasing the news in Indian Dailies or TV, even when published the discoveries in a peer reviewed journal. Many top Indian scientists of repute whom I met simply discouraged me and some others tried to suppress my work from publication. So I stopped meeting top people seeking any kind of help.

At 75 yrs age, I work at times 17 hrs a day. I have material to publish two more important papers on Sunlight phenomenon and ‘different wavelengths of light travelling at different velocities’ but I feel it is impossible to publish papers from home. This is how discoveries are done in India and buried with malnutrition!

The second story is of an 80-year-old man, KS Sivaprasad, who developed a new, waste-to-energy technology but couldn't commercialize it in India as the “system” was not conducive. The plant now runs in Malaysia.

Once again,India’s loss is Malaysia’s gain!

13,057
Thank you for your comment, we value your opinion and the time you took to write to us!

Tweets by @forbes_india
Prev
Today in Tech: Indian IT Services and the law of large numbers; IITM's Joint PhD
Next
Today in tech: A new association for software product firms, Tweetping & more