A former professor of computer science from the Indian Institute of Science, Swami Manohar is the co-founder of LimberLink Technologies, which, among things, runs the annual engineering design challenge Jed-i. He and I have often discussed why we don't have blockbuster technology products from India. His own first attempt, along with some colleagues at IISc, at building a low-cost handheld device Simputer, back in the early 2000s, proves the point he is making below. This is a guest post by him. 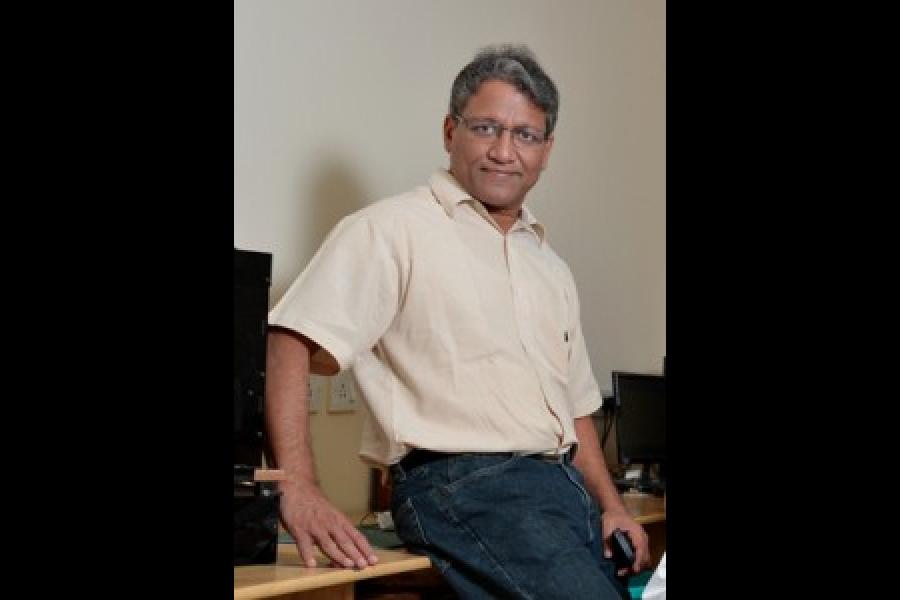 I'm often asked, "When is the next Google or Twitter going to come out of India?"  I presume, the real question is, "When will there be a company out of India that dominates the marketplace like Google or Twitter?" It is also assumed correctly that such a marker leader has to be an internet technology company. In an age where the formerly lucrative telecom and bandwidth business have become commoditized like salt and pepper, internet tech companies are able to reach the masses.  Amazon aggregates consumer goods, Facebook aggregates people and relationships. In this age, the winner takes all, there is no second player; who remembers social networking site Orkut anymore?

In this environment of competition, companies around the country are on a quest to innovate and become the next market leader.The government has set up a national innovation council with a mandate to encourage innovation. Every corporate house is on an innovation mission, conducting workshops and seminars, and announcing incentive schemes for encouraging innovation among its workforce. The startup ecosystem is also abuzz with young entrepreneurs, angel investors and venture companies busily innovating to create the next Google and Twitter. Innovation, innovation, and innovation.

This one-sided emphasis on innovation is misplaced and based on an incomplete understanding of what makes market leaders.

Making it to the top of the technology market is both easier and harder today than it has been before. Ten years ago, when my colleagues and I built the Simputer, constructing a handheld Linux machine was an engineering challenge. Today anyone can build one. Ten years ago, creating a Google or an Amazon required one to build and manage a very large farm of machines. Today anyone can create an application that requires thousands of machines by buying time and resources from any one of many cloud providers.  Even five years ago, building an app for mobile phones required a mastery of several complex development systems and an understanding of the variations among different phones. Today Android has made it easy for anyone to create applications. On the marketing side, the Appstore concept means that anyone can sell an app to anyone else in the world by simply sending an email. The contradiction is that its easier today to build a technology company because the process is easier and its harder than ever before because everybody's in the game trying to out-compete everybody else.

So what sets the market leaders apart?  It appears that everyone has concluded that it must be innovation. But if we look at it more carefully, that is an incomplete representation of the whole picture. Innovation cannot be created in a vacuum; the need for it arises when there is a problem to be solved, and is generated to deliver the best possible solution, using solid engineering and intelligent design. It must be noted that not all innovation is executed successfully. The ultimate measure of the success of an innovation is its direct or indirect impact on end user experience.

When Google first started, there were many competing search engines. Google's simple interface and pioneering ad-based business model moved it ahead of the competition.  Google's successful user experience was achieved by good engineering and design. Similarly, Twitter's innovation, without the backing of engineering and design, would have rendered the limiting of communication to 146 characters at a time as just another novelty.

Market leaders deliver compelling user experience using their engineering and design competence. Innovation is a series of steps to deliver the best possible product, the magic ingredient that gives them the leadership. Success is not about innovation, it’s about the user experience.

Let us for a change look at a recent success story out of India: Redbus. Though it is limited to the Indian market at this time it has been acquired at a tremendous valuation for an Indian company.

The key to the success of Redbus is the focus on delivery of a fantastic user experience. Redbus has two user communities, the traveling public and the bus operators. For the traveler, the user experience covers the entire journey -- from the start of using the website till the time the actual bus journey is completed  with the traveler arriving at the intended destination. For the bus operators, it is the experience of being able to fill seats in their buses through Redbus and collecting the revenue minus the commission. The delivery of such satisfactory user experiences depends very much on the engineering of the website, the payment and security systems, the back-end, and so on. It also depends on the design of many aspects of the entire system. However, for the end users, these details are irrelevant.

Now, back to our question at the start! The good news is that Indian companies are beginning to deliver on the possibility. The reality is that we need hundreds of high quality ventures to be initiated to result in a handful of global leaders. The good news again is that as mentioned earlier, the startup ecosystem has gained huge momentum in recent past.  So where is the catch? It is in the shortage of engineers with competence in engineering and design.

The average engineering graduate of today is saddled with three handicaps. First, they seriously lack depth in engineering: in the race to be seen as up to date and industry-ready, most curricula have crowded three years of  engineering with so many subjects that there is hardly any time for the student to engage in depth with any one. So the best of students are familiar with a large number of topics but lack mastery in any. Second, the engineering curriculum today is completely lacking in design and design thinking. Our curricula focus on analysis with very little scope for synthesis, primarily because the examination system can deal very well only with questions that have a single right answer. However, engineering synthesis or design by nature is an exploration of possibilities under constraints. Third, engineers are never trained to think about end users, to understand their needs, and to empathize with the human condition, the improvement of which is the end goal of all engineering. The combined effect of these three handicaps serially limits any scope for innovation. It is not that our students are not innovative, but four years of engineering education provides them with so little scope for understanding and experiencing innovation.

The good news once again is that several product and technology companies are taking the time and effort to enhance curricula in engineering colleges. It will be good if they bring in an emphasis on design, in the broadest sense, into the engineering curriculum. In particular, design, as in synthesis, needs to be brought in right from the first year of engineering, rather than relegating it as advanced topic. Further, there are no courses that deal with user experience design anywhere in the engineering curriculum. This lacuna has to be fixed at the earliest. Very few institutions in India have a strong design focus: examples include IIT-Mumbai, IIT-Guwahati and IISc's CPDM.  Other institutions and universities should include multiple aspects of design in their  curriculum. This is definitely not a recommendation to include a sequence of two courses called Introduction to Design and Advanced Engineering Design, and saddling students with two more courses to be completed. There is already an overload of coursework.  What is needed is the restructuring of existing courses in engineering to weave in aspects of design.  If a fraction of the energy and resources spent in fostering innovation is reoriented to encourage engineering and design, innovation will follow.

Global success stories are scripted by passionate entrepreneurs with strong foundations in engineering and design by delivering compelling user experiences.  Innovation is simply the magic ingredient that binds it all.

7,214
Thank you for your comment, we value your opinion and the time you took to write to us!