Let’s start with a question that is easier to answer, because it’s in retrospect. Has automation taken away jobs from people so far? 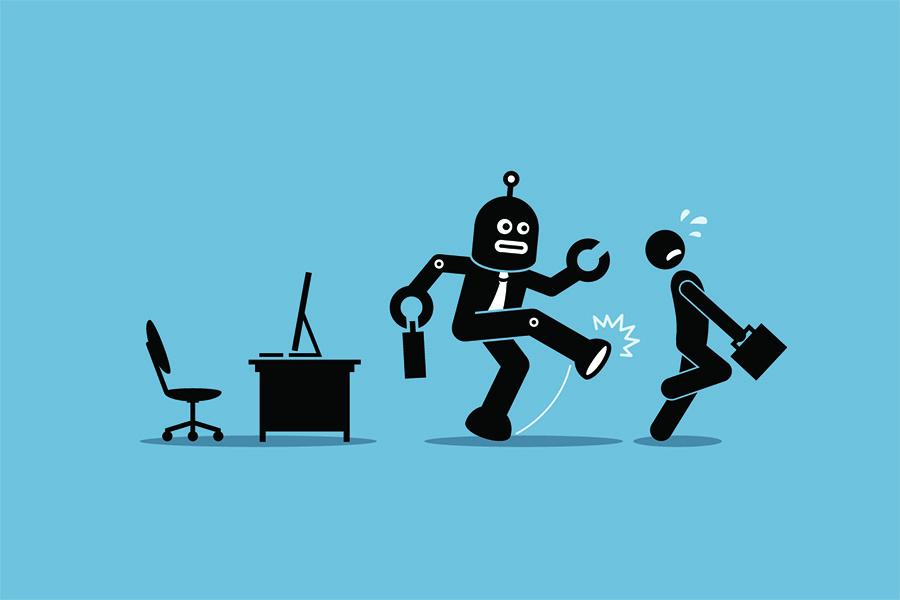 Let’s start with a question that is easier to answer, because it’s in retrospect. Has automation taken away jobs from people?

You would expect the answer to be a simple yes or no, based on data, but there’s the catch. It also depends on how we look at it.

For centuries, many, probably most of the technological innovations have been created with an intention to replace human labor. Starting with the ancient farming equipment, right up to assembly lines, computing machines, ATMs, and recent technologies; the intention has been the same. The population eligible for economic activities, or “work”, has increased manifold during this time. Does that mean jobs have reduced? Definitely not. On the contrary, employment rates have consistently increased in each one of these areas.

Let’s take assembly lines, for example. Assembly lines were designed to simply reduce the manual labor, but accomplished a lot more. That did not mean, however, that the number of people working in factories reduced. Granted, the number of people required to get a car out of production might have reduced, and in most cases people were taken off the jobs they did in respective manufacturing departments.  However, what also happened is that more cars were manufactured, there was more money available to set up factories, and over time, labor-intensive jobs were upgraded or redesigned. Hence, more jobs were created.

If we talk of banking, ATMs have a similar story. These machines were designed to ‘replace tellers completely’. In effect, while ATMs became omnipresent and inevitable for all banking, the number of tellers (or teller work profiles) employed by banks increased manifold as well. Banks figured they could open up more branches, and in these branches the kind of work tellers did was more than just counting cash and dispensing money. They were also focusing on customers and customers' specific requirements, in turn, building more business for the bank. The virtuous cycle of skill upgrade and higher output sustained despite all further advancements in technology.

What’s new this time?
The claim that recent technological advancements, especially automation, artificial intelligence, robotics, internet of things (IoT) are a threat to jobs is an argument that's turned on its head.

When you think of the kind of jobs automation replaced in the past, it was mostly in the manual labour or blue collar category. Last couple of decades' advancements in workflow software, content management, productivity software, business rules management, including the recent robotic process automation – in short, most information technologies – have, in fact, aided progress in orchestration and decision making as well. This means that not only the data entry folks, but supervision and management jobs have also been replaced by technologies.

This trend – of replacing human decision making and management skills – is further speeding up with advancements in analytics and AI, including further automation in the areas of business process management.

Granted, the threat is real. However, we will have to look at the underlying pattern here. And, that pattern is - “automation primarily replaces the repetitive, mundane and routine parts of a knowledge worker’s job, freeing up the individual’s bandwidth to perform the real tasks expected of the knowledge worker, also creating further cash flow for the business to grow and as a whole the scope of work expected of people”.

The flip side of this argument is that those with a particular manual skill are still losing their jobs. Obviously, there’s an immediate pressure on people to upgrade their skills or change working habits to perform real knowledge work.  However, that is what have precisely been the expectations of business as well as workers, since forever. People get bored doing the same things over and over again, and without an external impetus to improve their working environment, the productivity as well as motivation goes down over time.

12,088
Thank you for your comment, we value your opinion and the time you took to write to us!