Why GSLV-D6’s success is significant for India and ISRO

The message to the world is clear: India has built and validated a perfectly working cryogenic engine 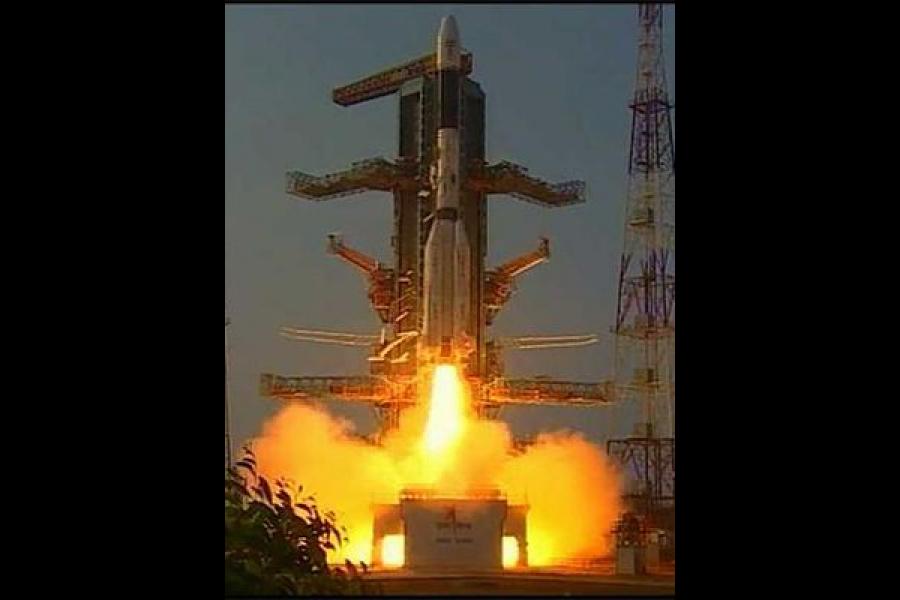 Only one national English news channel apart from Doordarshan sent its crew to cover the launch of GSLV-D6 at Sriharikota on August 27. The others, preoccupied with the Sheena Bora murder story and the plot surrounding the sordid case, even relegated the news of the successful launch to the ticker.

But the less-celebrated textbook launch of GSLV-D6 was by far one of the most significant moments in the history of India’s Geosynchronous Satellite Launch Vehicle (GSLV) programme. When the launch vehicle injected the satellite (GSAT-6) weighing 2.2 tonne into its precise orbit at the end of its brief 17.04-minute flight, the message to rest of the world was clear – India has built and validated a perfectly working cryogenic engine. And the highly complicated engine has delivered a perfect performance on flight not once but twice (GSLV-D6 was the second successful launch using the indigenously developed cryogenic engine after the January 2014 launch). This, despite sanctions and restrictions (on transfer of dual use technologies) thrown at the Indian Space Research Organisation (ISRO) by developed nations who were clearly not comfortable with the idea of another player entering their select grouping that had the capability to launch heavy communication satellites.

A series of failures for varied reasons since 2006 had put enormous pressure on ISRO’s GSLV programme and the morale of scientists working on it took a beating. But they laboured on. This success would add to their confidence in a big way and it was already visible in their body language at the GSLV-D6 post-launch press conference. With the design of the launch vehicle and the working of the cryogenic engine validated, ISRO has begun to talk about the commercial opportunities.

Space agencies of developed nations have reason to be worried about Indian space programme in general and GSLV’s success in particular. Consider this: It cost ISRO $36 million to put GSAT-6 using GSLV-D6 in orbit. This is far lower than the $60 million cost that the European Space Agency’s Ariane 5 entails. ISRO says it is now ready to launch commercial satellites weighing up to 2.2 tonne.

What next? ISRO has to keep launching more GSLVs to establish the reliability of the launch vehicle. Its customers who are investing multi-million dollars in building advanced satellites are not going to hand over them to ISRO simply on the basis of lower cost. Reliability is the key in this business and it comes from repeated textbook launches. If ISRO’s smaller launch vehicle PSLV (Polar Satellite Launch Vehicle) is attracting orders in droves it is because it has been in service for 20 years and has had 29 continuous successful launches.

ISRO has decided to launch two GSLVs a year. But this is easier said than done and requires the agency to augment its capacity dramatically. It has already announced plans to build a third launch pad and create another vehicle assembly facility. ISRO is also working to reduce the lead time to launch. GSLV-D6 was launched in a record time of 100 days when the first part of the launch vehicle reached Sriharikota. If the agency is planning to increase the number of launches, this will have to reduce further. China, experts say, manages as many as 25 launches a year compared to India’s five.

Apart from creating the capabilities to increase the frequency of launches, ISRO is also working to tweak GSLV to enable it to carry a higher payload. Work is on to reduce the weight of the launch vehicle which will then make it possible to put a 2.5 tonne payload. The weight of GSLV-D6 (excluding the fuel and payload) was 53 tonne.

The next real technology leap for ISRO is GSLV Mark III which will have the capability to put satellites weighing 5 tonne in orbit. It is a much larger vehicle weighing 640 tonne (GSLV-D6 in comparison weighed 416 tonne). ISRO is developing a bigger cryogenic engine for this vehicle and it has now been tested for 800 seconds. In December last, the agency had successfully launched GSLV Mark III without the cryogenic stage to validate the functioning of the first and the second stage of the rocket. GSLV Mark III now awaits its cryogenic engine. If GSLV Mark III succeeds, India will gain the capability to launch any communication satellites in the world. GSLV-D6’s success gives the confidence that it is only a matter of time before that will happen too.

24,759
Thank you for your comment, we value your opinion and the time you took to write to us!