With the second edition of its phone, Google has brought Artificial Intelligence closer to real-life everyday applications, such as shushing the phone as you head into a theatre. You do want that, right? 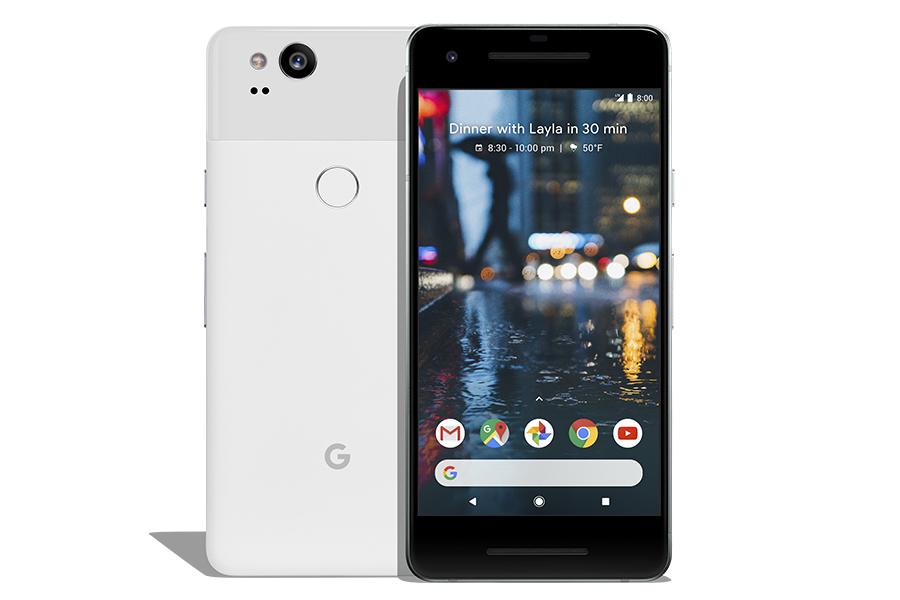 For all those people who extol the virtues of technology, especially Artificial Intelligence (AI), the Google Pixel 2 is ‘walk-the-talk’ time. Google announced the phone on Wednesday and it looks familiar, with similar design to the first Pixel that was launched a year ago when the internet search giant decided it wanted a smartphone of its own after all.

From a smartphone point of view, the Pixel 2 packs even more incremental punch. Its camera got an even higher record-breaking rating and there are all the other top-end features that one could expect — including, a feature that lets you squeeze the phone and tell the Google Assistant what to do. There are the familiar colours from last time — Just Black, Clearly White and Kinda Blue.

Choose from the 5-inch screen or the 6-inch ‘XL’ model, but the rest of the features are the same, barring screen resolution and battery size, although, only the smaller one would be available in Kinda Blue. Prices in India, one of the first markets where the phones will be available, start from Rs 61,000 for the 5-inch phone with 64GB storage. You can pre-order starting October 26 and get the Pixel 2 from November 1 and the XL version from November 15 — online exclusively on Flipkart, and at over a 1,000 brick-and-mortar stores.

What you’re buying, however, is entry into a two-way street: at one end is your life and at the other is one of the world’s most data-hungry cloud. The search company, under CEO Sunder Pichai, is pivoting to AI, of course, and it needs data in much larger volumes than it already has amassed, to build and improve its AI engines. And Google-designed HTC-made Pixel 2 will help, if you buy one.

That means now if you want, you can put your entire life on the cloud — whether you live in San Francisco or Bengaluru or Lagos, Nigeria. That last city is home to 21 million people. Pichai spoke a bit about how Google’s machine learning programs and other technologies such as image recognition combined to map 5,000 km of roads in Lagos, covering 50,000 addresses in 5 months.

Computers must adapt to how humans behave and AI must be “thoughtful”, Pichai said in a presentation on Wednesday, streamed on Youtube, announcing the Pixel 2. So for now, you still have to pick up the phone and tell the Google Assistant to turn on the ‘do not disturb’ mode, for instance. Or if you’re wearing Google’s new earbuds, which I really liked from what I could see on the company’s website, you could just tap the right one, and speak to it and the phone can remain in your pocket or bag.

The day isn’t far, however, when the Google Assistant, which already knows when you’ve bought a ticket for a show, also acts on its own to switch your phone to ‘do not disturb’ just as the show starts.

Another point Pichai stressed on is that computing will soon be “ambient.” Even in our homes. They will be watching, listening, and in some cases, acting in the background, mostly unbeknownst to us, controlled by us, maybe, but also by AI cloud — Google’s or Amazon’s or Microsoft’s maybe.

That means, now, even if you don’t want, your life might be on the cloud. Which is also where Pichai used words like “thoughtful” and “sensitive” to talk about how AI should behave. Currently various settings for security are left to the user of the smartphone to adjust, but shouldn’t the phone behave in the best interests of the user on its own, he asked. The flip side is you and I may have less control over our smartphones and other computing devices in the AI world.

We don’t know the answer to that yet, but there is certainly a debate going on among some of the biggest minds in this area — some of them have also pointed out that AI might be beyond human ability to truly comprehend. History shows that technology only moves forward inexorably, driven, ironically, by human curiosity. So only one way to find out — buy the Pixel 2. It ships with Android Oreo, while the rest of us only just upgraded to Nougat.

6,358
Thank you for your comment, we value your opinion and the time you took to write to us!