Mphasis on inclusivity: Leveraging CSR for the disadvantaged 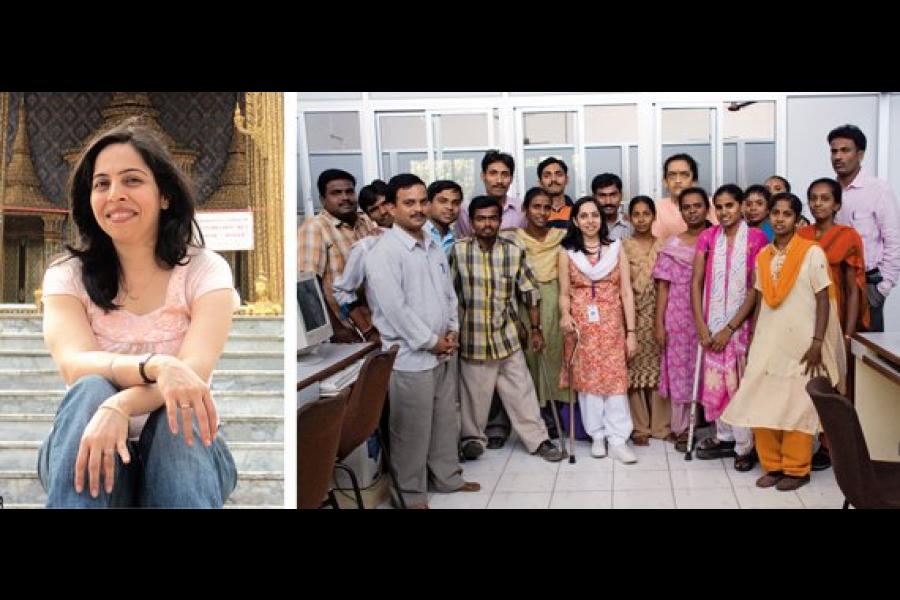 Schedule VII (iii) of Section 135, which talks about Corporate Social Responsibility (CSR) under the Companies Act 2013, states “measures for reducing inequalities faced by socially and economically backward groups”. This clause takes into account people living with any kind of disability. Conservative estimates put the population of People with Disabilities (PwD) in India at 70-100 million. Over the past few decades, a number of corporates have worked towards inclusivity and improving lives of PwD. Mphasis, an IT-based company owned by HP and headquartered in Bangalore, has been working since the early 2000s to champion this cause and has been a pioneer in the area through its CSR initiatives. NextGen had the opportunity to sit with Dr Meenu Bhambhani, vice president and head of CSR at Mphasis, to talk about Mphasis’s CSR journey through the years and tell us how it has changed post the implementation of the law that came into effect in 2014.

The Rise of CSR Meenu started the conversation talking about Mphasis’s focus on the three Es- Education, Employment and Entrepreneurship. While discussing these areas, the idea to work with PwD came up as a cause that was very close to the heart of the company. “Although the cause was outside of Mphasis’s core business, creating an inclusive and diverse workplace became one of the keys to our corporate mission.” Mphasis believes that there is an enormous talent pool that is yet unexplored and hence the focus on this marginalised section of the society. Between 2003 and 2006, the company had already hired 40 employees with disabilities, today the number is over 1 percent of the total workforce of Mphasis. With CSR programmes like Project Communicate, Nanagu Shale, i-lead and Kickstart Cabs through Wheels of Change, Aalamba, the company has been able to create a huge impact not just within the organisation but also outside the organisation.

The Coming of the Law
Once the CSR law came into place, there was a need to reconsider a number of additional projects and bring implementing partners on board. Says Meenu: “While each of the board members was already involved in the CSR decision making previously, we now have a CSR committee in place and new ideas were brought to the table. The thought process was clear from the outset - 1. To scale up existing programmes to create further impact and 2. Use Mphasis’s core strength of technology to help bring about this impact.”

This led to a new trajectory of project implementation with focus on technology-driven community development. One of the initiatives launched under this umbrella is the four-year long ArivuDisha project implemented in Karnataka government schools to enhance English learning outcomes and career prospects of high school children using digital tablets. The initiative is being supported by the department of state educational research and training (DSERT). “We knew that to increase the scale of impact, we needed to work with the government and other administrative bodies,” adds Meenu.

“On similar lines, to cater to the needs of unemployed youth in the slums, we have partnered with The/Nudge, an NGO aimed at skilling and 360 degree personality development of the underprivileged youth in residential schools “Gurukuls”. Besides vocational skill training, the programme also includes providing financial literacy, grooming, basic English language and numeracy proficiency as a part of the curriculum,” says Meenu.

Mhpasis has also partnered with Digital Empowerment Foundation for a two-year programme to develop a traditional skill based cluster in Rajasthan into an integrated digitally enabled cluster to empower artisans, weavers, and entrepreneurs for socio economic prosperity. Among other things, this would involve creation of digital infrastructure, skill development and enterprise development in the cluster.

Finding New Avenues for CSR
Another new approach taken was towards ‘Impact funding’, which includes working with social enterprises that are currently being incubated by DST approved incubators. “We found the perfect partner to get involved in this space through IIM-Bangalore which has an incubation cell for technology based enterprises. We have also partnered with Villgro, a Chennai based incubator for social enterprises,” says Meenu.

Further to this, Meenu talks about the value brought in by the CSR law. “One thing that has definitely helped us is the clear guidelines provided for monitoring and evaluation of the projects. The processes have now become more rigorous, the audits stricter and the reporting more streamlined.”

The employees at Mphasis have been an essential part of the journey as well. Today, they are looking at giving more than just time and offer skill-based volunteering across all of the company’s CSR programmes. Mphasis also continues to support advocacy based programmes like promoting Universal Design Awards along with National Centre for Promotion of Employment for Disabled People (NCPEDP).

The Road Ahead
Having set some pathbreaking trends already, the company is now keen to take up avenues such as advocacy to further the cause. “The thought process is pan India now. We are excited about campaigns like Accessible India, and wish to partner with organisations that can help us reach out in the urban space to bring about policy-level changes in areas such as the railways, urban development, information technology and information and broadcasting. We are also looking at rural areas like Orissa and Rajasthan where there is a need to bridge the digital divide.”

Meenu signs off with her personal message to other CSR leaders with a lot of hope for the future of CSR in the country. “Corporates have great power to enable people and provide them choices for a better life. I personally feel that enhancing people’s choices to decide how they educate, work, lead lives with dignity and independence especially those at the bottom of the pyramid is something we should always keep in mind.”

6,790
Thank you for your comment, we value your opinion and the time you took to write to us!