Ratan Tata: The Dreamer Of Cars 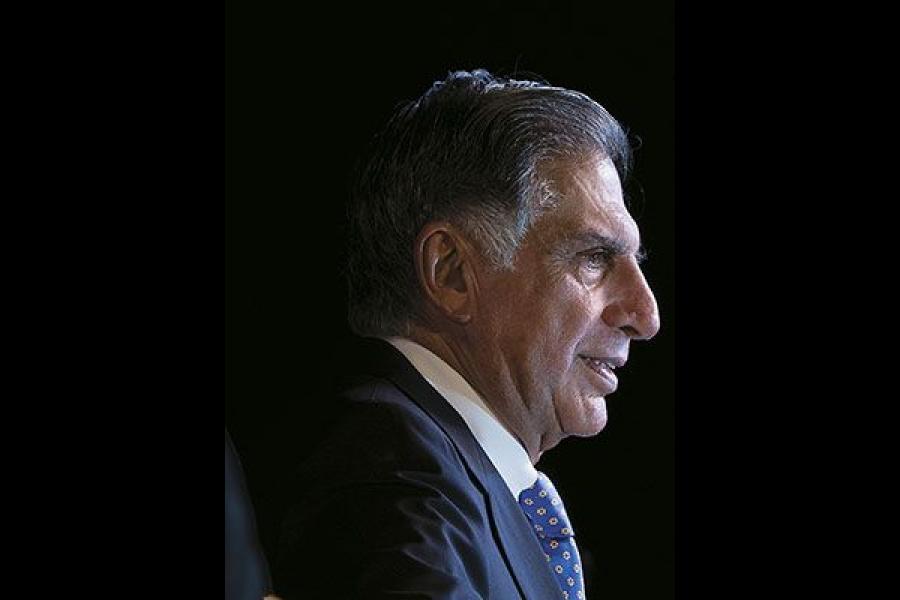 Tata Group Chairman Ratan Tata retired last week to make way for a younger Cyrus Mistry who will now lead the $100 billion empire. Some 58% of group revenues now come from outside India, in itself a Ratan Tata legacy, thanks to his dogged focus on creating a  global footprint. Keeping the growth and profit focus in difficult times will be a key challenge for the Tata group in coming years.

But Tata has been more than a business leader who multiplied revenue 20 times in 20 years. He is also a dreamer who envisioned products that no peer would dare attempt. His desire to build the first indigenous Indian car with native engineering skills and capabilities was a dreamer's project. And entrepreneurs and managers alike would do good to take heed of this facet of Ratan Tata. Particularly the times in which he pursued his dreams.

If you walked into Bombay House in the early 1990s, you could not be faulted for comparing the general ambience to that prevailing in the offices of the Bombay Municipal Corporation (BMC), Mumbai city’s imposing neo-gothic civic headquarters barely a 15 minute walk away.

Time stood still here. Staffers stared blankly at piles of files as they sat on their desks or scribbled listlessly on paper. A few that were animated were engaged in evidently non-official conversations. Remember this was before the advent of the ubiquitous desktop monitor which would afford cover or a convenient distraction. Even the air smelt musty.

Truth be told, this was the case not just in the house of the Tatas but several leading private sector corporations across India, including multi-nationals. Real change was still some time away.

It was this world that Ratan Tata stepped into in 1991 after being anointed successor by the legendary JRD Tata. As it turned out, his first years were spent grappling more with JRD’s trusted aides and satraps who ruled Tata Steel (Russy Mody), Indian Hotels Company (Ajit Kerkar) and Tata Chemicals (Darbari Seth) rather than the brute forces of economic liberalisation.

It was only past the mid 1990s that Tata’s vision for the group began to be heard and felt, at least from the outside. Principal among them was the need to build environments and corporations that were globally competitive. Incidentally, this was also around the time that the group took a hard look at the portfolio of businesses to see if they fit in the liberalised world. One management consultant even suggested getting rid of Tata Steel, a suggestion that was evidently ignored.

It soon became clear that Ratan Tata wanted to do more than just wake up a sleeping giant. By the early 1990s, Tata watchers realised that they were looking at a dreamer whose thoughts went beyond just increasing revenue and profits. He dreamt, for starters, of an indigenous car that (famously) “Would have the Maruti Zen’s size, the Ambassador’s internal dimensions, the price of a Maruti 800 and with the running cost of a diesel.” Yes, quite possibly even Tata would be surprised with these benchmarks today.

Selling it internally must have been a battle. Remember, the Tata Group was largely an iron & steel, trucks, chemicals, software services and hotels conglomerate. No products, almost all services. Even TCS, despite being India’s largest software services company, has had no real product to speak of. Except an early but limited attempt to launch a accounting software product. Looking back, to plan building a car in such an environment must have been intimidating.

Tata's desire to build an indigenous car was met with scepticism from outside too, including Dalal Street. The common refrain those days: Tata Motors (then called Telco) should stick to trucks. Ratan Tata responded by spending time in the Tata Motors design studios in Pimpri near Pune and then subsequently testing the car himself at the captive test track. He was determined to show that he could bring his dreams to life.

The Indica was finally launched in 1998 January. But it was not a smooth drive. The Indica faltered and spluttered for long. Its trials (literally) and tribulations caused much embarrassment to Tata. He admitted in interviews that he hesitated to take his morning walks in south Mumbai because customers would seek him out to complain. The Indica settled down and soon, Tata was dreaming again, this time to produce a Rs 1 lakh car. But the Nano, for all the media sensation it created globally, is still not out of the woods.

Tata’s passions, ranging from piloting aircraft to driving fast cars, fit with his persona of a dreamer. Unlike most CEOs I’ve met, Tata seems to fly aircraft for the love and personal thrill of it and not because it places him a notch higher in the swish set, at least that's not the impression one has got. Similarly with cars where its not uncommon to see him driving a open sports car in south Mumbai, with a friend or two.

Looking back two decades, it’s a long journey in a fairly short time. A lumbering truck company metamorphoses into a car company that serendipitiously ends up, a decade later, owning two of the most iconic auto brands - Jaguar & Land Rover.

Many Indian business leaders  achieved similar or greater accolades in the last decade. In growth and scale. But few have felt so strongly about India's engineering skills and product capabilities. And that India could build cars too. At least in that generation. That's the stuff dreams are made of.

25,958
Thank you for your comment, we value your opinion and the time you took to write to us!

Tweets by @forbesindia
Prev
Banking For All By 2014, A Game-Changing Dream
Next
2013: The Year Of Watching You