In transit: Paris in 48 hours

The romantic French capital city may be ideally best discovered at a relaxed pace, but there are a few absolute must-dos which can be explored in just two days 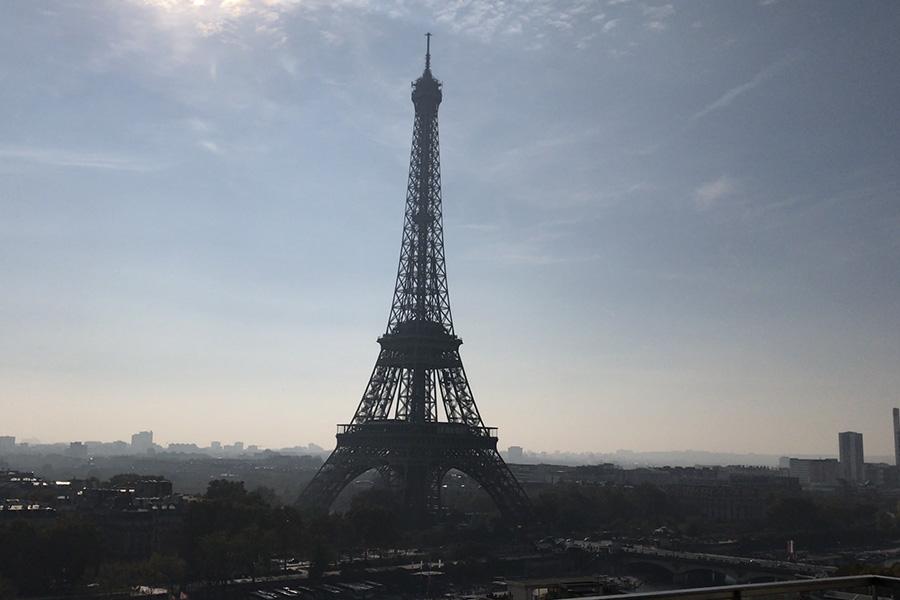 Just 48 hours in Paris? Most people I spoke to rolled their eyes and scoffed at the mere suggestion. “Don’t even entertain such a ludicrous thought,” seemed to be the common retort. Should I have not taken this stopover, I wondered. It wasn’t the first time I’d acted on a whim and booked tickets impulsively. And it had always worked out in the past.

I was aware that I’d barely be scratching the surface of the hip and trendy French capital, but with a bit of advance planning, a few short Uber rides, and plenty of walking (over 20,000 steps in two days), I was proud I wouldn’t be shying away from a ‘Paris je t’aime’ conversation at the next cocktail party. 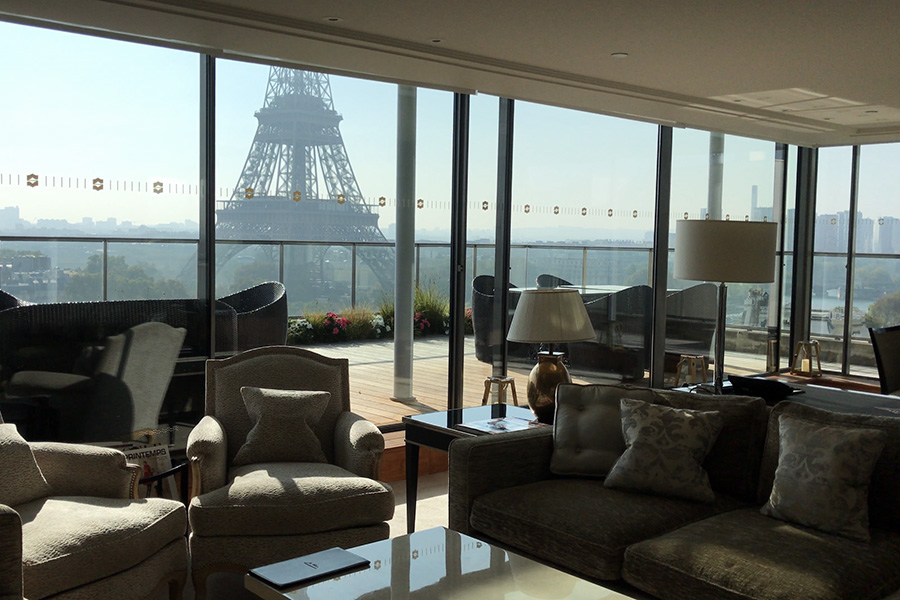 10AM I may not have had the luxury of time, but I did have an ultra-luxurious hotel to check into upon arrival. The palatial Shangri La Paris was once the residence of Prince Roland Bonaparte, the grandnephew of the illustrious Emperor Napoleon. He may not have lived to see the structure of the upper floors, but every corner of the hotel has an anecdote from one of the great eras in French history, and is a tribute to the highest standards of construction and the finest craftsmanship.

A spa and swim session had me shake off that jet lag, and also allowed the staff to get my room ready—one with the clearest view of the Eiffel Tower, a treat for every first timer. This meant that I had already ticked off this activity just gazing through the French windows, and although a trip to the top of this iconic monument was tempting, it meant spending at least a few precious hours, time I could ill afford to lose as the clock ticked away.

12PM
First days are for getting your bearings and to get a feel of your immediate neighborhood and beyond. I briskly strolled down the River Seine and crossed over on the Pont Alexandre III, known to be one of the most extravagant bridges in the city, with decorative lamps and winged horses at either end.

Crossing over to the Champs-Élysées quarter, a bit further at the edge of the leafy garden Jardin des Tuileries, is the Museé de l’Orangerie. This famous art gallery is largely known to house the eight large ‘Water Lilies’ murals by French impressionist Claude Monet, among other works by popular artists such as Pablo Picasso and Henri Rousseau.

4PM
Across the street at the beginning of Champs Élysées is the Place de la Concorde, where King Louis XVI and Marie Antoinette were executed during the French Revolution. 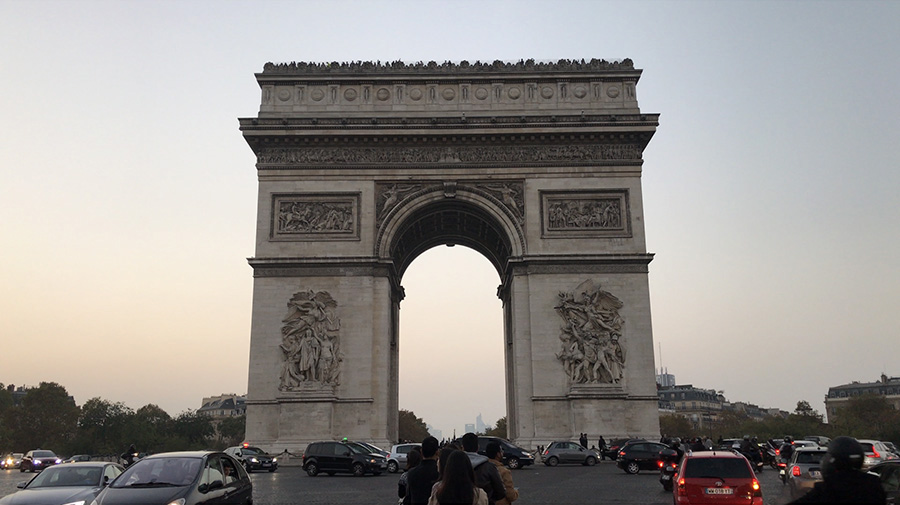 Strolling down Champs Élysées, occasionally stopping by for a piping hot cup of coffee and a crepe is also one of the most enjoyable activities in Paris. Fashionable stores and cool bistros line both sides of the street, and a detour to Avenue Montaigne, with its high-end designer stores can make a serious dent in your savings. At the end of the street is the Arc De Triomphe, one of the most renowned monuments in Paris which was built to honour those who fought and died in the French Revolution and Napoleonic wars. 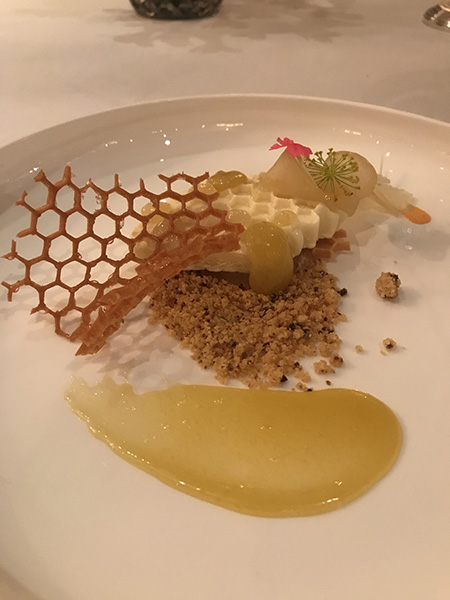 Just completing this ‘circuit’ — walking by the Seine and walking back along Champs Élysées—had me worn out. Fortunately, my hotel was just a short walk from my last stop, and I couldn’t wait to sample the 7-course gourmet French meal that head chef Christophe Moret had laid out at the L’Abeille restaurant at the Shangri-La. Being fairly adventurous with my palette, I thought the duck foie gras terrine appetizer and the frosted Corsican honey dessert really stood out. This was also an opportunity to try out exotic foods like fried frog legs and sea urchins with caviar, an experience I quite relished.

A pit-stop at the Gatsby bar to wash down that dinner and mingle with the lively crowd there, was the perfect end to Day 1. 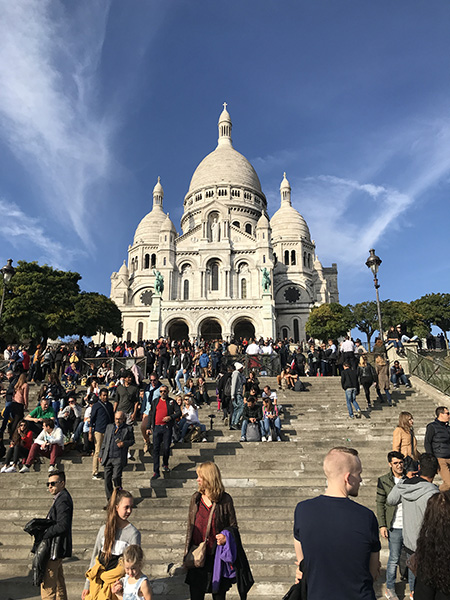 Listening to the hotel concierge helps. I was strongly advised to visit Montmartre in the morning, a hill in Paris’ 18th arrondissement, with a gorgeous view of the city. The white-domed Basilica of the Sacré-Cœur on the summit is also a huge tourist attraction, as are the quaint cobbled streets around. By noon, the place was packed with tourists and I’m glad I took the advice. 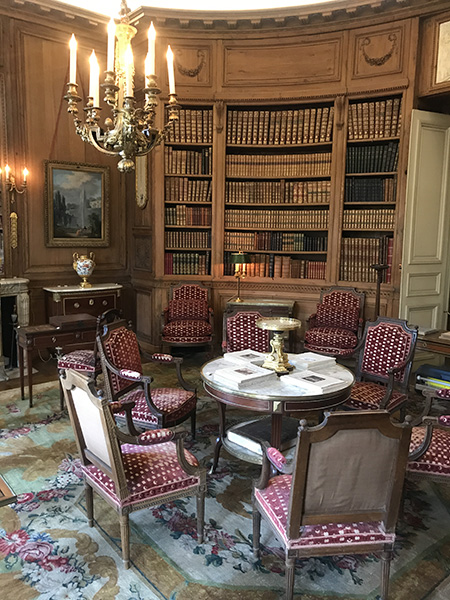 Musée Nissim de Camondo, located in Paris’ 8th arrondissement, is a museum I would not have discovered on my own either. I enjoyed a leisurely lunch away from the crowds at the al fresco restaurant inside the museum before embarking on a tour. Once a private mansion, it was built by Count Moïse de Camondo along the lines of Petit Trianon in Versailles, and houses a spectacular collection of 18th-century French decorative art. A banker by profession, the Count was a passionate collector of French furniture and art objects, and decided to donate his entire property and collection in the memory of his son, Nissim De Camondo, who died in World War 1.

4PM
A short ride away is the Île de la Cité, one of the two remaining natural islands within the Siene and is often referred to as the epicenter of Paris. Possibly one of the earliest settlements in Paris where the Romans set up shop circa 50 A.D., this is an island where the famous Notre Dame cathedral is situated. Another notable landmark here is the prestigious law court of Paris, Palais de Justice. Also serving as a law court currently, one of the oldest surviving buildings here is the La Conciergerie, a former prison that housed Marie Antoinette, weeks before she was executed during the Revolution.

While both these landmarks are invariably flocked by tourists, and will often make it to most of the ‘must-visit’ lists in Paris, another great option is to simply wander around the Île de la Cité and the neighbouring Île Saint-Louis to soak in their fascinating history and charm. Home to some of the oldest residential quarters, the areas boast of premium real estate prices, and getting lost in the maze of quaint alleys, discovering bistros and cafes can be one of the best ways to discover both these islands. 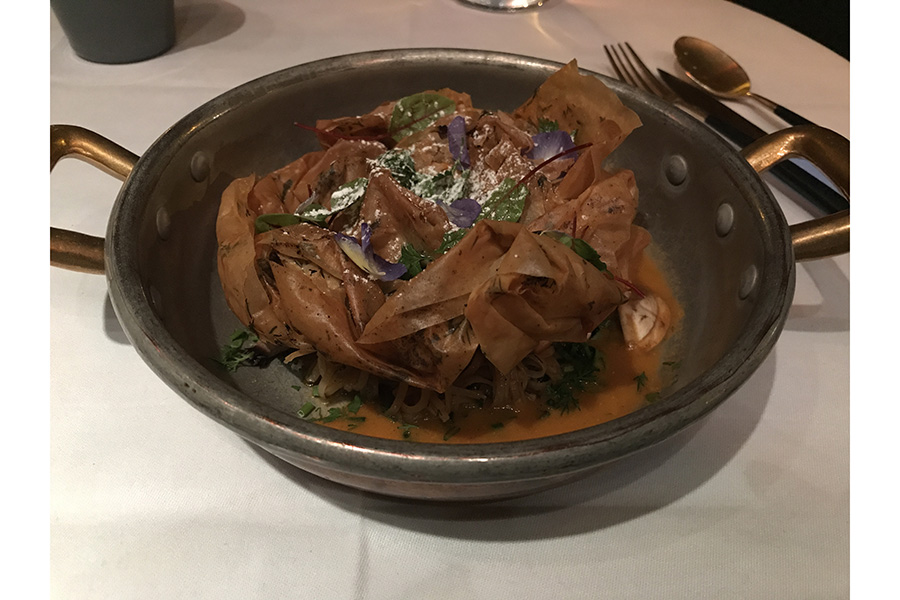 After a fantastic French meal the previous night and visits to local cafes around town during the day, I discovered a new trendy spot for dinner on day 2. The Shirvan restaurant, a hip spot in Champs Élysées boasted a lip-smacking menu inspired by the Silk Road, with dishes from Central Asia and the Middle East making up most of the menu. The Pastilla de homard (Lobster Pastilla) was highly recommended and didn’t disappoint, although at 42 euros, I would have expected my dish to be served piping hot.

My penchant for speakeasy bars went up multifold at the Experimental Cocktail Club at
37 Rue Saint-Sauveur. It was started by three French men who shared an apartment in Montreal and travelled across the US, only to return home to Paris and introduce the concept in the city. With an eclectic mix of cocktails that attracted the crème de la crème of Paris, it ensured that my two-day sojourn ended on a high.

18,347
Thank you for your comment, we value your opinion and the time you took to write to us!