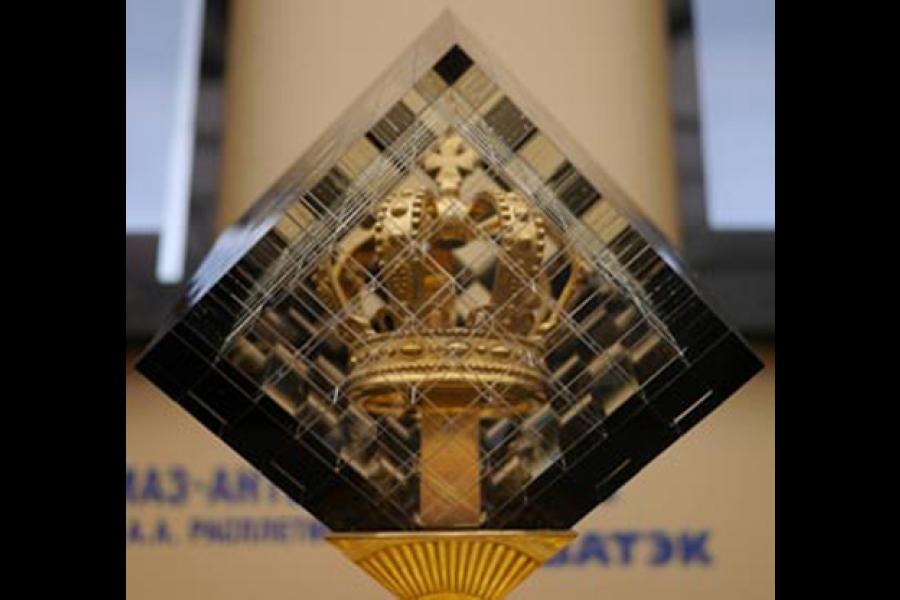 To have fought for more than three weeks and then have the title decided by a series of Rapids or even Blitz or in the worst case by Armageddon might seem a bit cruel for the two players, Viswanathan Anand and Boris Gelfand. But sport was never meant to be kind – each sporting contest by its nature brings ecstasy for one and despair for the other.

The 12th and final game of the scheduled series ended in a short but eventful draw and sent the match into a tie-breaker in Moscow. It had a lot of drama, as Anand brought in a rare move on the sixth followed by another positional pawn sacrifice on eighth. That had Gelfand wrestling with the clock once again.

However, Gelfand who has shown amazing preparation through the match once again fought back and then it was White, which offered him the draw, when there was no way to win.

That left the match still at 6-6 with one win each for both players and ten draws. Though only once has a game gone beyond 40 moves or four hours, both players insisted it had been very a interesting and intense match.

Anand, too echoed similar feelings, and said, “I think all the games have been very intense and very interesting. It is difficult to choose any specific game.”

The former World champion Vladimir Kramnik, who lost the 2008 title match to Anand, said, “I don’t expect any risks, but that does not mean it will be boring. People are saying it will go into tie-breaker, but I am not sure. It might be decided today. A final game is totally different from the rest of the match. Players do come prepared but things can change when the game begins.” But Kramnik’s hopes of seeing a result in the final game did not come through.

Back in 1998, Anand had won the sixth and final game to send his FIDE title match with Anatoly Karpov into the tie-breaker, which the Indian lost in the tie-breaker. Then Anand had also played for a month in succession through the Qualifiers, while Karpov was rest, as he waited for the Challenger to emerge.

Then  in 2010, Anand with Black beat Veselin Topalov in the 12th and final game to retain the title.

But this time the final game was less dramatic in terms of a results, but the game itself was very interesting in the opening itself.

It was once again a Sicilian Rossolimo, the same as Game 10. The first four moves were the same but then Anand played 5.d3, which is actually the mainline and Gelfand replied with 5…Ne7. But then came the big surprise 6.b3.

It indicated great preparation and many felt Anand might have wanted a similar position in Game 10, but then Gelfand’s innovation – e5 on fifth - had prevented that. But this time, Anand had come ready to deal with it in advance and the fifth 5.d3 did that.

The move 6.b3 was interesting had not been played since 1990 when it appeared in a game between Boris Spassky and Boris Gulko. Curiously, now it involved a third ‘Boris’.

It caught Gelfand by surprise and he went into deep thought and spent almost 40 minutes on it and it seemed to give Anand a very good psychological advantage very early in the game. But Gelfand came up with an excellent reply, his own sixth move being a novelty.

“I needed to spend a lot of time (for the reply) or else it could have been too late,” said Gelfand after the match, meaning it was very critical to have the right answers.

“The position right now is very, very complex,” said Kramnik. “I don’t think Boris would have ever played this. I think it is a very delicate moment.”

Gelfand commended Anand for the move 6.b3 and then his 8.h4 which was a positional pawn sacrifice. Gelfand said, “It was quite a novelty for me.”

Anand’s impressive 8.h4 was a positional pawn sacrifice and it also led to Black having two doubled pawns on ‘c’ and ‘e’ files. Anand, at this stage, did have thoughts of pressing for a win and cash in one Gelfand’s time pressure and the surprise element..

White had given Black a pawn extra but Black’s structure was bad and his two bishops had little space. But that tenth move 10…c4 was an excellent one which got him closer to equality and more or less ensured his drawing chances.

Anand himself thought for almost 18 minutes before he took it 11.Nxc4 with his Knight as Gelfand wanted.

Once he freed his bishops and found more space and play, by giving up two pawns and going one pawn down, as compared to be one up a little while earlier, Gelfand almost made certain that he would not lose, barring a blunder.

It was this bold fight that made Gelfand stand out once again. He also gained ground on the time deficit and from being one hour behind at one stage, he was only a little over half an hour behind.

It also led to Kramnik – in the commentary box - saying Black (Gelfand) was fine even and then added that he might prefer to play with Black because it was easier at this stage despite being a pawn down.

Anand could have pressed on for a while more and made Gelfand work hard. But the Indian, surprisingly for many, decided to offer a draw after 22nd move which was accepted. “I could have tried a bit more if there were more pieces on the board.”

Kramnik was quite forthright as he commented, “It is quite straight that he (Anand) is not at his best, but Anand is Anand. He is not playing at his best, but maybe this is the most difficult match (for Anand). He may still win.”

The tie-breaker will see a series of four rapids, and in case of a further tie, Blitz Games. There will be a maximum of five sets of Blitz Games and then if it is still a tie, Armageddon comes into force.

What is Armageddon?
In Armageddon, White must win to win the match, but Black only needs to draw to win the match. White has more time than Black and the discrepancy can often vary. But usually in FIDE World Championships, White has six minutes, while Black only has five, but in World Chess Championship 2012 the following time control is used: 5 minutes for White, 4 minutes for Black, plus 3 seconds increment from move 6. This is generally used in playoff tie-breakers after Rapids and Blitz games have failed to resolve the tie.

15,194
Thank you for your comment, we value your opinion and the time you took to write to us!