Lakshmi Sethuraman is Principal - Sattva Consulting Pvt. Ltd and part of the leadership team. She has over 10 years of experience in the social sector. 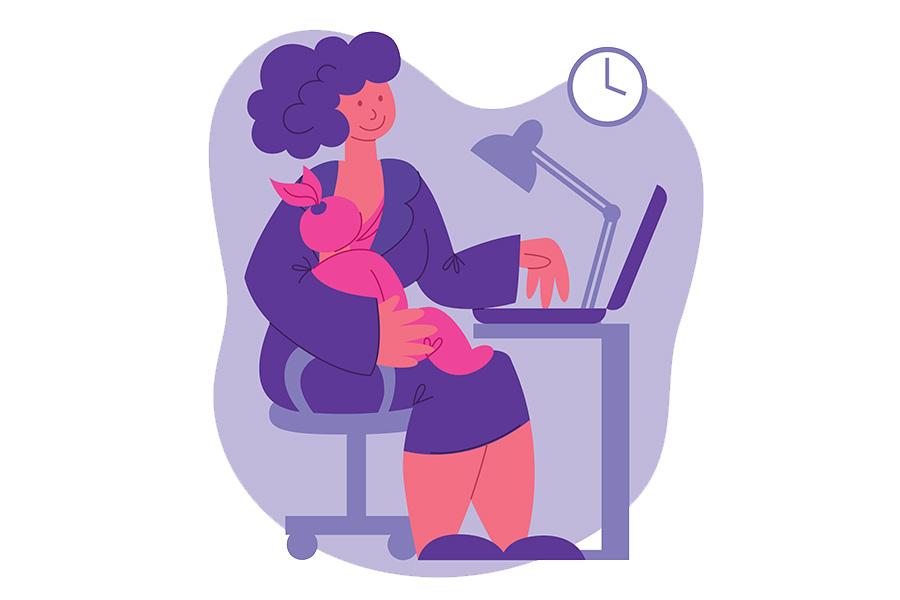 India has set a target for an exclusive breastfeeding rate of 69 percent by 2025. A big part of this puzzle will be to enable working women to breastfeed.

Overall, India ranks 78 in the World Breastfeeding Trends initiative (WBTi), of 97 countries that participated. Only 48 percent of children initiate breastfeeding within the hour and only 55 percent follow exclusive breastfeeding for six months.

The target can be met only if we address barriers that working women face through legislation. Essentially, this means creating mother-baby proximity for the first six months to allow for exclusive breastfeeding without wage loss and facilities to pump, store and feed expressed milk once work is resumed by the mother.

While there are some big wins for women in the formal workforce, the legislation can be further strengthened.

In India, the revised maternity bill accounts for six months of paid maternity leave for up to two children. However, the burden of wage payment during this time lies solely with the employer; experts say that this could be counterproductive and discourage organisations from employing women. In 2017-18 alone, about 11-18 lakh jobs were lost because of this. In addition, enforcement of legislation for contract workers need to be strengthened.

Here's how the legislation can be strengthened:

• Provide incentives to employers such as underwriting part of the wage payment, tax breaks, or even introduce employee taxes to encourage employers to continue to hire more women • Create appropriate paternity leave provisions to ensure spouse support that is especially critical in establishing breastfeeding
• Sharpen guidelines on workplace enablement to include providing appropriate pumping equipment and having a designated pumping spaces in addition to providing nursing breaks

Workplaces need to sensitise all employees such that they can encourage breastfeeding mothers. They must also create mechanisms for mothers to seek out the right information and support through connecting peer groups and breastfeeding support organisations.

Large corporate governance must ensure that this applies to workers across across their value chain, including contract workers across SMEs and MSMEs .

The maternity act does not apply to the informal sector, which is estimated to be over 80 percent of the women workforce. Informal workers are also forced to return to work early because of poor economic conditions. A recent study on childcare practices of mothers working in the informal sector by Indian Institute for Human Settlements (IIHS) showed how close to 50 percent of the women surveyed returned to work within three months of birth, and only 21 percent of the total women continued to exclusively breastfeed.

A critical need for informal women workers is wage protection. Today, schemes that support maternity benefits for informal workers at both a central and state level are inadequate:
• Informal workers are entitled to only Rs 5,000 as a fixed benefit from the government for their first child under the scheme PMMVY (Pradhan Mantri Matru Vandana Yojna).
• There are also some state schemes (such as in Tamil Nadu and Odisha) that provide financial incentives that are higher; however, they are few and far in between.
• Nowhere are these financial benefits linked to wages.

Secondly, implementation is weak: only about 3.2 million women have benefited under PMMVY till August 2018, in spite of over 25 million births in that time as found by an RTI request.

Thirdly, as women in the informal sector are forced to return to work—in many cases before six months—there is a need for effective childcare. Childcare legislation in India is very limited. Recently, the funding from the central government on the National Creche Scheme has been drastically reduced, in a blow for informal workers.

There needs to be a strong focus in bringing convergence around maternity schemes for informal workers addressing key current gaps, such as linking financial benefits to wages and allowing for the fluidity of informal work (no fixed employer, multiple job changes, etc) and ensuring that the schemes complement each other. This also means ensuring adequate childcare through the public health system for women from whenever they resume work (even earlier than six months).

For example, anganwadis can be equipped with breast pumps and storage facilities to help mothers express and store breastmilk. Finally, Self Help Groups (SHGs), which have successfully organised several million informal workers, should be enabled as vehicles to create solutions and engage and lobby with the government to ensure adequate legislation—a wonderful example is the SEWA Sangini programme that has created a sustainable model of childcare for informal workers and had big wins through engaging and working with the government.

The author is Principal - Sattva Consulting Pvt. Ltd and part of the leadership team. She has over 10 years of experience in the social sector

4,201
Thank you for your comment, we value your opinion and the time you took to write to us!

Tweets by @forbesindia
Prev
The first thing to do when there is a management change
Next
Work flexibility: How soon is fast enough?