Enhancing productivity: The challenge of the modern workforce 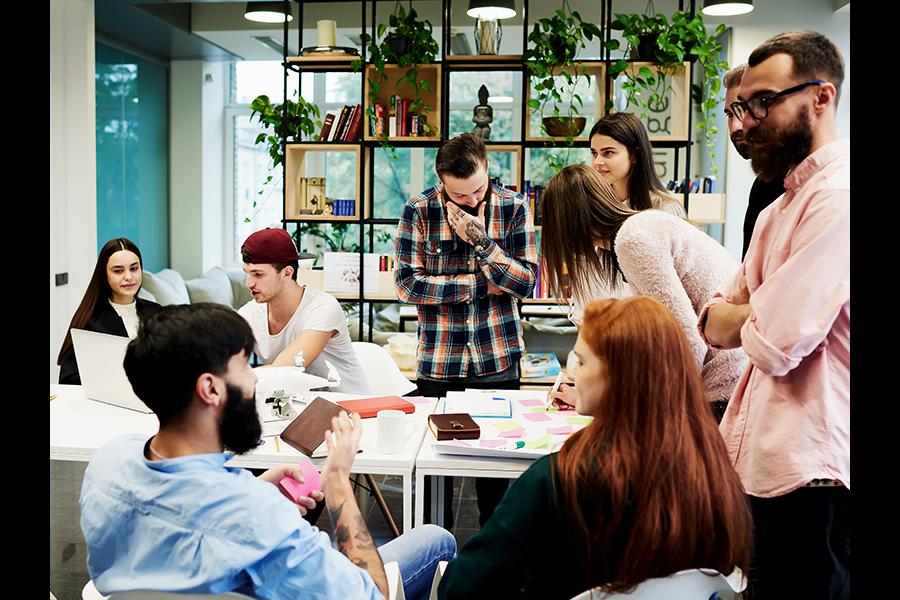 Over the last few years, organisations have attempted to address the dual challenge of achieving growth and controlling costs. They have pursued several avenues to trim their headcount, realign and often eliminate jobs in the hope of enhancing productivity and reducing costs. While trimming of headcount reduces costs, it still does not address the productivity issue – which is the core problem.

While it is much easier to measure productivity in jobs where the outputs are tangible, such as the number of sales calls made or number of vouchers processed, it becomes increasingly difficult to measure productivity as one moves up the organisational hierarchy. This is especially true when dealing with managerial work. Do you measure managers by the number of hours they work or the number of meetings they attend or the results they deliver? It can be safely assumed that if the quantifiable results are achieved, then the individual is productive. However, results get delivered through the contribution of people working across a hierarchy, which often makes it difficult to assess individuals higher up in the hierarchy.

Where does productivity get lost?Most organizations have hierarchies and roles with KRAs and KPIs. Over time, as with any natural system, decay sets in. In the context of an organisation, work done by employees across a hierarchy tends to slip and reaches a zone of compression—a state where different reporting levels seem to be doing the same kind of work. There is little or no differentiation in contribution or value addition offered by the role holders to their preceding levels. This problem is likely to manifest in say follow-ups, checking the outputs of preceding levels, reviews and more reviews. In an organisation where many reporting levels end up stepping on each other’s toes, work often tends to slip to the lowest possible denominator. Further, while a lot of work seems to happen across levels, one may not be sure as to whether the ‘right work’ is getting done. In financial terms, the cost of requisite work not being done can be staggering. 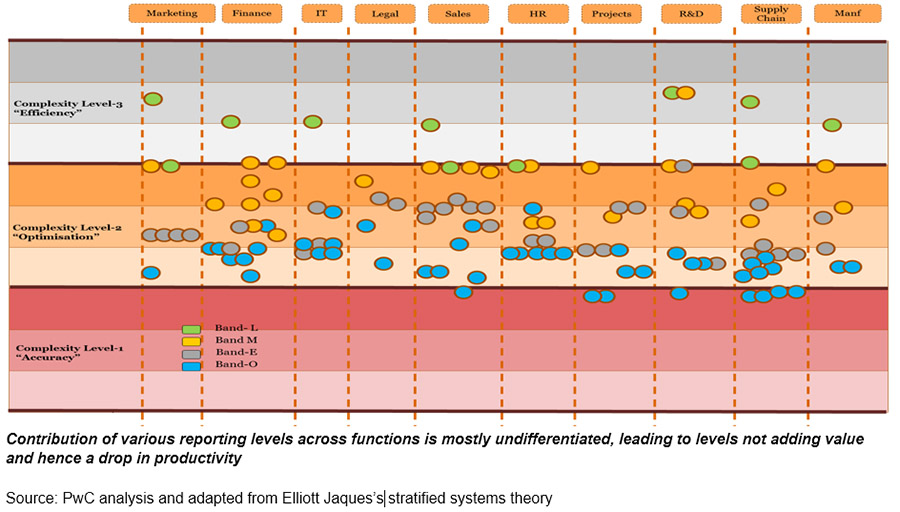 An employee experiences this in two ways: a) work is not seen as ‘fulfilling or meaningful’ and b) there is little or no value addition being provided by the immediate manager or manager’s manager. As a result, some are likely to feel overwhelmed, while others are lost. Both conditions directly impact productivity.

From a measurement standpoint, compression manifests itself as KPIs, which do not seem to change as one moves up the hierarchy. Although the targets change, the KPIs themselves tend to remain static. This may lead to certain levels playing the role of ‘pure aggregators.’ In addition, easily measurable metrics often get excessive attention at the cost of other important, but not easily measurable metrics. In the context of productivity, inadequately defined metrics also contribute to productivity erosion.

The implications of compression are manifold including unnecessary bureaucracy, increased number of meetings and processes that don’t add real value, demotivation and lack of role clarity across the levels and a drop in managerial competence due to overemphasis on the technical aspects of work.

Tackling the productivity challenge
The lack of proper communication around what is work is often at the heart of the productivity problem. While targets are often clearly defined, what a person has to do in order to carry out the task is poorly defined, making it difficult to ascertain the difference in contribution between a manager and his/her direct report. Organisations can tackle this problem by defining tasks in a manner that requires enhanced problem solving to deliver a wider range of results and enhancing the scope of judgement or discretion required in decision-making as individuals go up the hierarchy.

The other significant reason for compression in work is the time span of work being done in a role. ‘Time span of discretion’ was first identified as a measure of understanding the role in managerial hierarchy by Elliott Jaques.[i] In simple terms, it is about identifying the tasks assigned in a role which have ‘the longest targeted completion time.’ We have observed that the longest targeted completion time seems to collapse to a few months, which often manifests itself as compression in the system. Assuming results take time, there is only so much that can be achieved if the time span is a few months. Some roles pan out over a few months and others over several years. The contribution moves through stages from accuracy to optimisation, efficiency, effectiveness and transformation. The greatest fallout of compression is that work pertaining to enhancing effectiveness gets neglected, while work related to delivering efficiency is sporadic. Therefore, organisations must focus on pegging the role to the right time span and defining managerial accountability accordingly.

Finally, work is about making judgements and exercising discretion in decision-making. This requires ‘meaning making’—making sense of an increasingly wider array of variables and their possible interlinkages and using this ability for problem solving.[ii] Research has proved that the way humans make meaning matures with age, albeit at different rates for different people. Therefore, gaining visibility of current capability and its maturation over time would be useful in enhancing the productivity of people.

To conclude, shortage of talent is often a significant challenge faced by organisations; however, our work reveals another significant aspect—the talent available within an organisation system often operates one or two notches below its true potential. While there could be a number of reasons, there is a case to take the productivity challenge seriously in order to address this issue.

Enhancing productivity implies the ability to spot compression, reasons for it (apparent and underlying), and creating solutions to address the immediate and deeper causes. In the context of business, it is about articulating what needs to be done to achieve the result and matching it with people’s capabilities. It is not about maximisation, but about optimisation. It is about aligning managerial accountabilities across the hierarchy to support the realisation of the organisation’s purpose.

9,776
Thank you for your comment, we value your opinion and the time you took to write to us!