How to build 'intrapreneurs' at your company

Raghav Kapur looks into the Operations, Turnkey Interior Contracting, Project Management and Advisory verticals at SILA, this is inclusive of market research, client relationship management, vendor management and business development. A mechanical engineer from the University of Bristol in London, Raghav currently oversees a team of close to 1000 employees who service clients across various sectors. 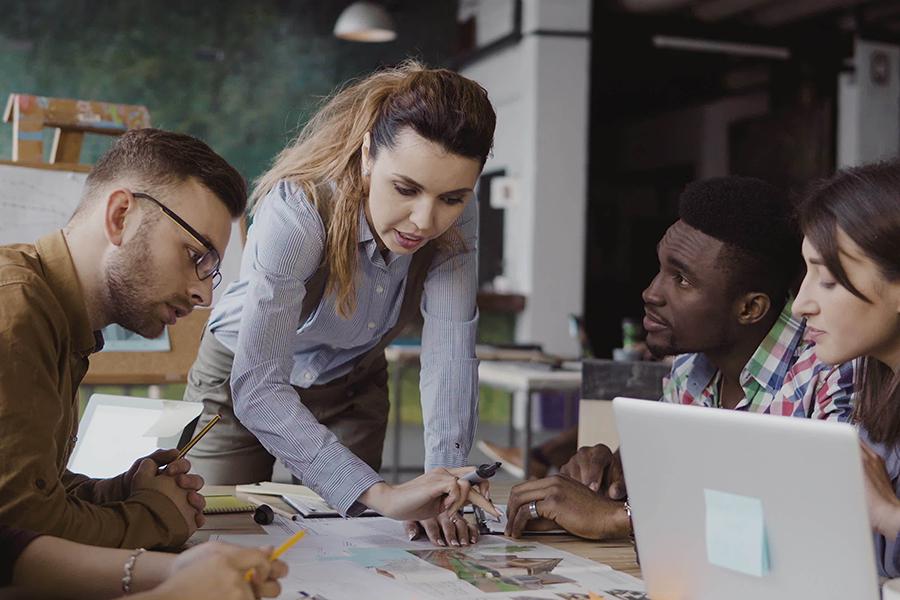 An intrapreneur is often just like the entrepreneur but within the ambit of a company. Intrapreneurs have not nearly received the recognition they deserve in managing and growing businesses. They are competitive people who develop ideas or grow projects within a company just like an entrepreneur does. They have the advantage of taking the entrepreneurial risks while having the financial security and uses of the resources of an established company.

Companies who seek and employ intrapreneurs are known to be ahead of the curve when compared to traditional businesses. Smart companies know that intrapreneurship will have massive returns in the long run for them and don’t hesitate in handing the reins to those who can back the risks with their talent and hard work.

An intrapreneur is a person who is given freedom and financial support to create new products, services, systems, etc, and does not have to follow the corporation's usual processes or protocols. It’s someone who can spot a problem, often before others realise it exists, and figure out a solution within the existing organisational structure.

Gifford Pinchot III coined the term 'intrapreneur' in 1978, and defined it as "dreamers who do"--but they do need resources from their parent company to execute their dreams. Where would Kodak be today if it encouraged its young engineer Steven Sasson, who invented the first digital camera, instead of seeing it as a threat? Kodak certainly wouldn’t have filed for bankruptcy in an increasingly digital world. Even post-it notes were a product of intrapreneurship. Google’s '20% Time' programme encourages engineers to spend 20 percent of their work time on projects that interest them. Among the products created as a result of that initiative are Gmail, Google News, Adsense and Google Now. Companies that offer conducive work environments for intrapreneurship reap the rewards of innovation by making it okay for employees to work on personal projects that could benefit the organisation.

Building intrapreneurial spirit Intrapreneurs are not found, they are built. A company has to identify the right talent and train them to become intrapreneurs. That involves equipping them with the right tools, letting them innovate, stepping away from their space and not indulging in micro-management.

When a company encourages intrapreneurship, it allows for more collaboration and constructive input. It helps abolish hierarchy, bureaucracy, red-tape and the dreaded 'stepping over someone’s shoulders' culture.

The intrapreneur is expected to analyse and understand the trends necessary for planning the company’s future. Over time, they become executive leaders because of their problem-solving nature and help more intrapreneurs to become integrated within the system.

Any company that is rooted in this philosophy attracts more like-minded employees who share similar values. Tomorrow’s world of work ecosystems will be driven by the increasing ranks of intrapreneurs, so it would do well to invest in talent that speaks out to you the most.

Intrapreneurs are usually found in enterprises that encourage experimentation, tolerate failure, recognize success and share the wealth. Companies need to invest their time in providing architecture and culture that nurtures intrapreneurship.

The HR, besides hiring the right talent and training intrapreneurs, needs to help foster this spirit among other employees through learning and development (L&D) initiatives. HR leaders must identify, endorse, build, advocate for and reward intrapreneurship as a skill or the company risks being left behind in this hyper-competitive world.

Pros and cons of being an intrapreneur
They have all the qualities of an entrepreneur but do not risk as much as their counterparts.

The advantage is that intrapreneurs don’t have much to lose as they are not liable for the losses a company endures.

On the downside, they don’t get to claim profits either. But with Employee Stock Options and a high variable component, it could work in their favour.

Another disadvantage of being an intrapreneur is not having a final say in how to manage a crisis. If a client is unhappy, the entrepreneur has to step in to do damage control.

What makes a good intrapreneur?
Intrapreneurs are natural and authentic team leaders with integrity.

They need to have the ability to think on their feet, know how to pivot, accelerate an innovative idea and always stay updated on technological advancements.

Entrepreneurs, on the other hand, are required to have an overall understanding of every facet of their business, be it products, services, finance, HR, accounting, operations, etc. An intrapreneur need not be a 'jack of all' but should be a master of some. They should possess excellent knowledge in at least two to three areas besides having in-depth knowledge and passion for the products or services of their company.

An intrapreneur must know how to crunch numbers. Besides accounting, they should be self-motivated and know how to lead a team for which they need good HR skills.

A good example of an intrapreneur is a district or zone manager. They get to make decisions and build relationships in their own time and in their own space with the freedom to take decisions on matters that interest them. If they innovate on products or services best suited for their zone and their company encourages them by giving a go ahead, it is a win-win for both.

The author is the assistant vice president at SILA.

1,300
Thank you for your comment, we value your opinion and the time you took to write to us!