Pay-increase projections for 2017-18: What you need to know 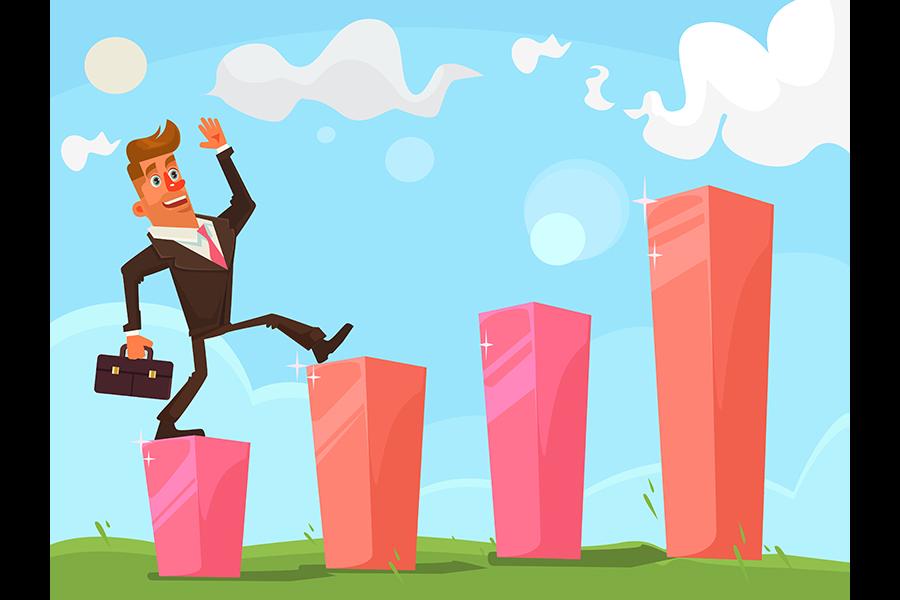 As we released the results of Aon Hewitt’s 21st Salary Increase study earlier this year, we found large segments of business media take our projected drop in pay increases as an outcome of externalities like demonetisation, the political dispensation in the US, Brexit and so on. I guess the backdrop to our pay increase projections was so strongly defined by these factors that it is almost impossible to look at our data without getting influenced by these external factors. But what we wanted to do today through this article is to try and highlight the slightly broader and longer term picture that we need to appreciate when HR managers analyze pay increase projections for 2017 – 18 and beyond.

The last 15 years have been very good for the employee in prominent companies in India – jobs have almost always been easy to come by and companies have almost always appeared to be worried more about retaining the employee than looking at the salary cost line. Consequently for a reasonably good performer (not necessarily a very high performer) over the last 15 years the pay – even without moving jobs – should have gone up by 20 to 22 times. Over the same period of time, the value delivered per employee by most Indian companies has not gone up by even a fifth of that much – in most cases it has remained constant and in a few odd cases has even dropped. Let’s look at some other figures that present this picture, RBI data for the manufacturing segment shows that between 2006 and 2015, the wages per employee has gone up by 2.3 times while the output per employee has gone up by 1.1 times. Similarly an analysis by the ET Intelligence Group in 2016 showed that over the previous 10 years the salary costs of BSE 500 companies has increased by 18 percent CAGR while revenue for the same set has grown by about 14 percent. The point I wanted to make through this data is purely the fact that it is about time that companies need to worry about how their financial stakeholders will view this decade and a half long divergence in the graph between pay and productivity. Many of our clients have been aware of this challenge over the last few years and with the economy not offering an endless growth opportunity, a lot of other companies are also now realizing that productivity needs to be brought up front in the discussion on salary budgets.

The other, and somewhat more theoretical, approach towards looking at pay increases is to analyse salary growth vis-à-vis inflation. The logic essentially being that while increase in pay is a reward for higher performance or productivity (which unfortunately is a hypothesis that we just showed does not seem to work in India) it is also to provide a buffer to employees against the increase in cost of living. On that scale the last 15 years reveals a rather complicated picture, not only has India offered inflation adjusted pay increases higher than almost every developing or developed country in the world that we analyze, the correlation between inflation and pay increases is entirely nonexistent (a Pearson correlation coefficient of 0.046). While arguably the high pay increases in the 2006 till 2013 period were on backed by steadily high inflation levels, these last two years has given significant room for companies as well to reduce pay increases, while allowing significant increases in real wages.

There is however a note of caution when we think of looking at pay increases with inflation - inflation rates are sometimes a misnomer compared to the real cost of living for many segments of employees (even government reports different inflation rates for agricultural or industrial employees) and therefore while official figures may be in the 3 percent - 3.5 percent range right now, the inflation levels felt or expected by the average employee in India is more in the region of 8 percent (as reflected in the RBI Householders Inflation Expectation Survey Feb 2017). So while companies may believe that at 9.5 percent average salary increase, there is an almost 6 percent real pay increase, the employee perception of real pay growth may only be 1.5 percent or so.

But beyond all of the data on this are the more fundamental questions of what drives high pay increases in India – and more importantly do those drivers exist in the same proportion as they did a few years ago. The fact is that talent is still in short supply in India – it is difficult to quantify this gap because as we all know there is no real dearth in supply of labor – but talent remains scarce in the country and therefore pay will always adjust to reflect the availability and demand for that talent. Over the last few years, that demand – supply curve has shifted in a few sectors where large organizations are seeing muted economic growth. Similarly the advent of differentiated models of doing business – one of which is automation – has led to a slight downtrend in the demand curve for talent. The other factor that led to high salary increases over the last decade and a half was the need to correct the significantly lower pay levels in India vis-à-vis the rest of the world. While currency differentiation dictates a large part of the gap in pay today – but adjusted for purchasing power, pay levels are fairly similar across India and developed markets.

In this macro context, it is only rational for organizations to look at a two pronged approach towards pay budgets – managing costs at an aggregate level while disproportionately rewarding the top few. This strategy requires organizations to have the ability to distinguish critical talent while also being able to manage and grow the middle rung performers into stronger and better performers. Our study shows organizations are increasingly adopting these two approaches – the average pay growth is coming down, but the top performers are seeing pay increases at a significantly faster clip.

We are recommending that our clients consider two additional factors as they go about the process of restructuring pay increases. Firstly, pay increase percentages need to account for the base effects – the pay increases for senior management (arguably employees with a higher base) needs to be much slower compared to junior or entry levels. The gap in pay increases between the highest paid and lowest paid levels has traditionally never been more than 2 percent, and we believe there is enough room to take this gap even higher. Senior management pay increases should be driven less on fixed pay but far more on bonuses and incentives, but at junior management levels fixed pay increases are more important because the impact of inflation is far more pronounced and any changes to real inflation levels impacts this level of management far more. The other, and a slightly more qualitative aspect, is that organisations need to pay greater attention in conveying fairness in their overall approach towards pay management.
As pay gaps increase between top performers and average performers it is more important for the broader organization to appreciate the logic and fairness applied while differentiating pay. Without focusing on fairness, organizations will not be able to maintain performance differentiation.

Every slowdown brings an opportunity and Indian companies now have an opportunity to truly create a more performance oriented, cost effective and equitable pay strategy. The need is to focus on driving performance based pay while keeping a strong focus on ensuring fairness and reducing the extent of the gap in pay between the top and junior management.

15,600
Thank you for your comment, we value your opinion and the time you took to write to us!

Tweets by @forbes_india
Prev
Women at work: It's time we combat the culture of objectification
Next
Starting up in India? Get your people strategy right