By Never Grow Up
Full Bio

Never Grow Up is an Employee Engagement and Employer Branding firm. It partners with Human Resource teams & Business Leaders across sectors to create an admirable work culture & a happy workplace thereby enabling companies to create a strong employer brand, keep employees engaged and making work life a lot more creative, balanced and full of dialogue. Using a tailor-made approach, the services provided by Never Grow Up ® result in a productive workforce with a positive impact on attrition and company bottom line. The company's mission is to bring out the inner child of every employee it works with by peeling off the layers and reaching the core of an organisation ! 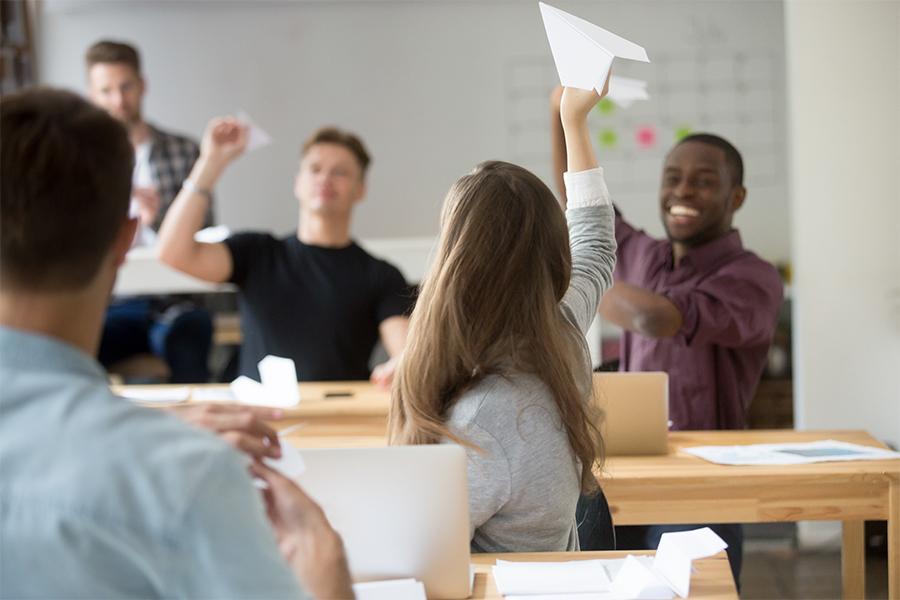 In nature, the health of biological ecosystems is defined by the degree of diversity it supports. While some geographies provide all requisites for a thriving level of diversity, some clearly do not. In the same way, the diversity in an organisation, speaks of a healthy and inclusive culture and while some organisations are conducive to diversity organically, others are not. What makes your organisation any different? What sets it apart with regard to helping diversity flourish at work? These are questions that today plague any organisation that is in the pursuit of creating a happier workplace where every individual feels welcome, important and valued.

The concept of diversity is an interesting one primarily because it poses a duality of thought – an essential dichotomy between one and many, between the individual and the collective, between the self and the non-self or the other. While both sides of the coin exist, it is often difficult (if not impossible) to see and believe in the other side. Moreover, both sides cannot be fused into one because they are inherently different. That is the true challenge of diversity – accepting differences, both collective and individual. Most organisations today have the opportunity of making diversity at work an optimisable characteristic. However, does the organisation have the power to make teams collaborate more effectively or is that really just up to the team-members?

Inorganic v/s organic diversityWith regard to the question above, when organisations start believing that they indeed do have the power to manage the functional efficacy of their teams, often indulge (consciously or otherwise) in manipulating the composition of the teams. In other words, they modify their hiring structure to increase their workplace diversity. The word manipulation comes with obvious negative connotations but think about it. Is it really wrong to actually create a diverse workforce rather than just leave it to chance? Some might agree while others might argue keeping the business objective in mind. The latter group might choose to propose that an organisation should, in fact, control the level and nature of diversity it wants to contain.

On the other hand, organic diversity might lead to amazing team compositions and interesting team dynamics. It will not be as carefully orchestrated as inorganic diversity, but it could often lead to situations where teams themselves have to understand and appreciate each other better in order to work efficiently. Moreover, the issue is not as much with how you end up with a diverse workforce but rather what you do about it once you do!

A team made up of individuals When we set out to build teams, do we often tend to forget that teams are indeed made up individuals? Yes, the whole is greater than the sum of its parts but that does not negate the importance of the parts. In fact, without the parts, there would be no whole to begin with in the first place. When it comes to building up individuals, an understanding and acceptance of individual differences is crucial. The idea is to celebrate these differences that makes each member of the team a unique cog in the wheel.

This requires battling stereotypes and generalisations and treating individuals for who they are rather than what demographic group or sub-group they belong to. While it’s great to focus on team-building, every member needs to be on-board about making the most of diversity at work too. When people learn to see past their differences, that’s when they really realise their potential – that’s when the magic happens and a team is able to achieve more than what they individually can. Sans this team spirit in place, it would not be a surprise to fin d a team that is so dysfunctional that it is less productive than the members individually could have been.

The times they are a’changin’

With the workplace evolving, the nature of diversity present at work is also changing and growing fast. A few decades back diversity meant allowing women to be a part of the workforce. A few years before that it meant allowing minority sections of the population to apply for jobs, albeit a few specified job only.

Now, there are a litany of cultures and languages, three genders, four generations and a variety of different perspectives all inside one single organisation. Moreover, with a lot of organisations spread over geographies with multicultural remote teams, understanding and optimising on diversity becomes even more important.

Paper to practice
Diversity is that one word that is on the values document of 9 out of 10 companies. But does is stay confined to being a word on paper? Turns out, more often than not, that is the case. How do you disseminate the value of diversity to your employees? It is true that change works best when it percolates top-down as that builds a stronger sense of belief in the need for the change.

In order for teams to look beyond their differences, diversity needs to be made a way of life – an integral thread in the cultural fabric – a thread that holds it all together and makes it a bright, colourful whole filled with possibilities, potential and perspectives working together to create great performance.

History shows that collectivistic cultures like India are theoretically less tolerant of diversity because individuality is often frowned upon in such cultures. It is interesting to observe these socio-cultural characteristics and their effects on how we react to other socio-cultural attributes. As mentioned earlier, we often find it difficult to bridge the hiatus between ourselves and others especially if they seem too different from our self-image. It’s no wonder that they say that birds of the same feather flock together! In a team, there are bound to be differences – differences that lead to conflict, discontent and disagreements but also those that provide an opportunity for better collaboration, happier and more energetic ideations as well as much more dynamic interactions. It’s interesting how differences add importance and enable us to be much more.

6,685
Thank you for your comment, we value your opinion and the time you took to write to us!

Tweets by @forbesindia
Prev
Work from home: Getting the best out of remote teams
Next
The Benefit of Doubt: Are your employees getting the right benefits?