Women at work: It's time we combat the culture of objectification

Stereotypical gender roles allocate a set of behaviors and duties to people basis their gender and this impacts how men treat women, giving rise to an imbalanced power system

Founded in 1962, Catalyst is the leading nonprofit organization accelerating progress for women through workplace inclusion. With operations in the United States, Canada, Europe, India, Australia, and Japan, and more than 800 supporting organizations, Catalyst is the trusted resource for research, information, and advice about women at work. 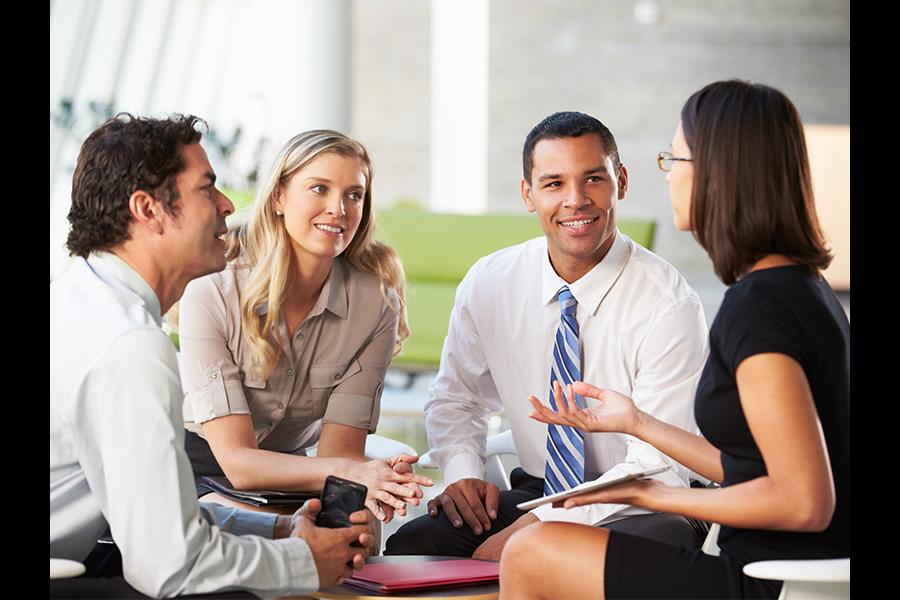 Companies should ensure a safe and harassment-free work environment that their women leaders and employees can appreciate (Image: Shutterstock - for illustrative purposes only)

Ever noticed the sign “Wanted sales person (Female preferred)”? Have you wondered why it is that women are preferred for certain job openings versus men? If you have, then here is the three-word answer for you: objectification of women. We see many retail outlets primarily hiring women who are considered ‘beautiful and pretty’. They of course hire the hardworking ones too, but in fewer numbers. This might not come about as a shocker or something new to many, but isn’t it time that this status quo of objectifying women be questioned?

We see sexual objectification of women every day – in mass media, on the internet, television, billboards, plastered across vehicles and so on. According to psychologists, sexual objectification is the viewing of people as objects of desire instead of as individuals with complex personalities and desires or plans of their own.

Women are subject to gawking, wolf-whistles, catcalls, harassment, attacks, rape or sexual violence due to this mentality of objectification — resulting in the creation of an undercurrent of unconscious biases that continue to get in the way of their freedom of movement.

In India, objectification is ingrained in our society to an extent such that it is often the crux of arranged marriages. In these scenarios, we see the potential groom and his family visiting the house of the bride-to-be. They ask the girl to walk, talk, sing etc. For an onlooker, this is more of an assessment session of whether the girl is presentable as per ‘societal standards’, rather than understanding the kind of person she is.

Films and advertisements contribute to stereotyping gender roles as well. We see quite clearly objectification in the advertising industry where women are used to sell certain products without there being any correlation between the products or services and women kind in general. For example, in an advertisement for bathroom fittings, the imagery shows a woman along with bathroom fittings, using the tag line ‘designs to desire!!’

The depiction of women in some movies encourages objectification as well. Movies over the last few decades have shown stalking and sexually overt gestures as a man’s way of portraying his affection for the woman. A recent video by a comedy troupe showed us how Indian films have normalized eve-teasing, and the attitude of ‘no-means-yes’.

The existence of sexual objectification in workplaces is not an unknown factor. Gender bias and stereotyping have a huge role to play in men treating women as objects. Stereotypical gender roles allocate a set of behaviors and duties to people basis their gender and this impacts how men treat women, giving rise to an imbalanced power system.

Catalyst research mentions that gender stereotypes can create several predicaments for women in the workforce. The notion that a man can do a job better than a woman, has better ability to function effectively during crisis than her, is more ‘just’ than a woman, is a better leader than her are examples that show the existence of gender biases.

Workplaces are meant to be a depersonalized environment. But introducing objectification is a way to personalize it and rob women of power. Judging her physical appearance, giving in to stereotypical views and mentioning that a woman’s advancement was possible because ‘she is hot’, is both inappropriate and offensive. It renders the professional expertise and aptitude of women, immaterial.

It is time to awaken people from this phase of indifference and make them aware of the fact that objectifying women is an injustice that needs to be acted upon. Society and workplaces have to be made more mindful of the deep-rooted objectification that is present in our subconscious minds. Steps have to be consciously taken to create a level playing field for women as well as men.

When it comes to workplaces, organizations have to be wary of the way they treat their women workforce. Companies should ensure a safe and harassment-free work environment that their women leaders and employees can appreciate. Catalyst research believes that organizations should take efforts and lead the way for women’s safety, by putting in place mechanisms to improve security for women traveling to and from work; and instituting and enforcing anti-sexual harassment policies within the workplace.

Companies should also tackle gender stereotypes present at workplaces by maintaining systems for recruitment, promotion, and talent-development. This guarantees that women are evaluated basis their skills, experience and qualifications and are remunerated commensurate to their abilities and not their gender. Learning how stereotypes operate and holding individuals accountable, helps decrease the negative impact of the gender stereotype bias.

These steps apart, there is also a strong urgency to educate society and bring about a paradigm shift in thought process. We need our elected officials to take strict action against people who commit heinous crimes that question the safety of women. Influencers across sectors should voice out opinions that direct our society towards respecting each other and creating an equal platform for all. Sexual objectification, having a sexist attitude and gender inequality, need to be present in museums to remind our future generations that such horrors existed. A person’s worth, be it to any extent, should never be determined by something such as their gender.

12,934
Thank you for your comment, we value your opinion and the time you took to write to us!

Tweets by @forbes_india
Prev
How to convince the Charismatics, the Thinkers, and the Skeptics
Next
Pay-increase projections for 2017-18: What you need to know