The founder and managing director of Roy Kapur Films envisages the future of the entertainment industry--the glimmer of hope, he writes, comes from the surge in digital consumption, growth of short-form content platforms, new content creeators, and people's anticipation of the big-screen experience 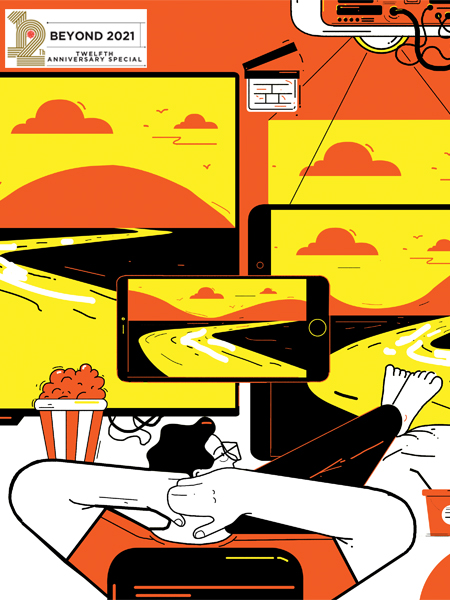 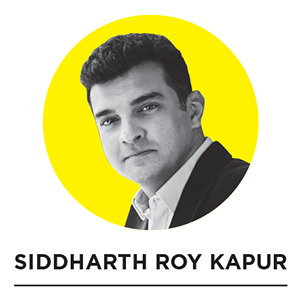 A pandemic in the era of globalisation has unearthed the realities of how interconnected we are, and consequently how interwoven our problems are too.

While 2020 was a landmark year that forced the world to adapt, individuals and industries alike wishfully thought that the end of the year would mean the end of the storm. Unfortunately, with a dreaded sense of déjà vu, 2021 brought back a set of more contagious mutated strains of the virus that has impacted sectors across the board with industries such as hospitality, construction, tourism and entertainment being delivered debilitating blows.

The government has issued data that predicts a 7.7 percent drop in Gross Domestic Product (GDP), the country’s biggest contraction since 1952. In fact, it would be the first time this has occurred in India since 1980, and will be the worst slump in Asian countries after the Philippines. India’s soft power, the entertainment industry, has found it incredibly difficult, with theatres shut, shootings stalled and content consuming mechanisms shape-shifting overnight. According to a Ficci-EY report, in comparison with 2019, revenues from filmed entertainment fell by 62 percent to ₹7,220 crore in 2020. Estimates are that this fall is likely to accelerate further by 10 to 20 percent in 2021. While it seemed that the trouble had lifted in early 2021, Hindi cinema still saw a tepid response with single-digit occupancies of 5 to 7 percent, going up to 30 percent in rare cases. The Southern states were an exception to the rule, where occupancies varied from 30 percent to 100 percent. Tamil film Master ran to packed houses even after arriving on an OTT platform; Telugu film Uppena did great business in cinemas and a Kannada film Roberrt raked in nearly ₹60 crore on its four-day-opening-weekend alone. Film industries in the South have managed to instil a confidence that had begun to wane in producers and filmmakers alike. It seems clear that once things open up and the bigger movies are released, audiences will once again flock to cinema halls.

As often said, necessity is the mother of invention, and with resourceful minds at play within the entertainment industry, invent we did. Filmmakers began shooting remotely, streamlining their crews and finding new ways to tell their stories. The terms ‘Bio-Bubble’, ‘Skeleton Crew’ and ‘Covid Marshals’ quickly entered the lexicon. As audiences began to watch content in the comfort of their homes, OTT platforms began to expand the scale and genres of content they housed. India’s OTT content investment reached $700 million in 2020, according to the Indian Brand Equity Foundation and is projected to grow at a steady 18 percent CAGR. International players are expected to increase the number of original shows and broadcaster-led OTT platforms are following suit.

According to a report by Omdia, audiences could expect 400 original titles this year compared to less than 200 in 2020. For the more intimate, personal, lighter stories that are increasingly infeasible to bring to the big screen, OTT platforms have provided a home, where they can reach the audiences they are meant for. In the last year, digital rights grew by 86 percent to reach ₹35.4 billion, as many films were released directly on OTT platforms at margins that compensated producers for lost theatrical revenues.

The current situation has incentivised producers to work within more stringent parameters than before. With eyes set on making the financials work and reducing risk, but with a keen view on the horizon for quality content, the entire process of filmmaking has had an overhaul. Crews have been minimised, virtual meetings have replaced in-person narrations and discussions, budgets have been chalked out more cautiously, and production teams have endeavoured to deliver to the same standard as before but with curtailed resources. Short-form content platforms are also booming and their content creators growing. 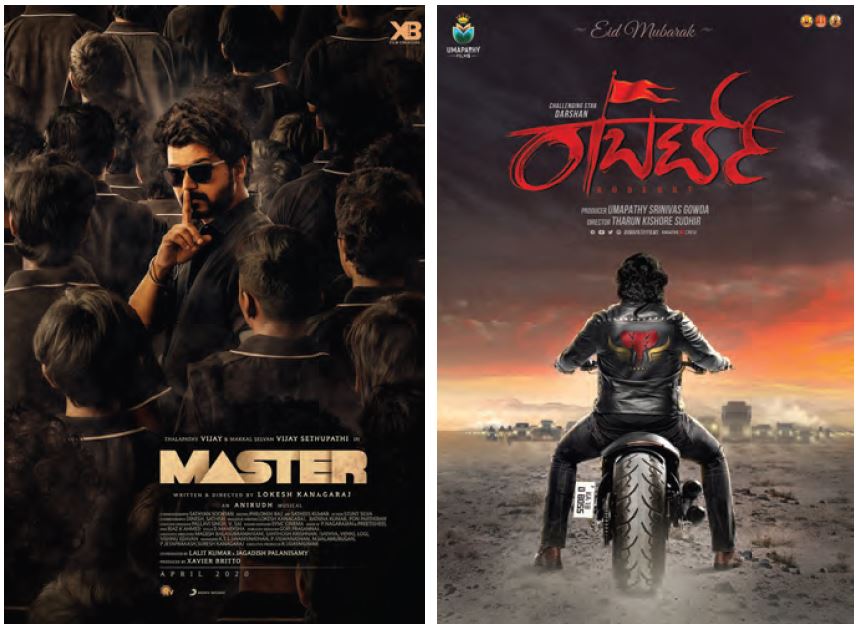 While Hindi cinema saw a tepid response with lower theatre occupancies, Southern states were an exception to the rule, where occupancies varied from 30 percent to 100 percent. Tamil film Master (left) and Kannada film Roberrt (right) ran to packed houses despite the pandemic

This ties in directly with the surge in smartphone usage; a statistic that India leads globally, with users spending roughly five hours a day on their smartphones, the highest in the world. The smartphone has allowed young creators to find their expression through short-form content, and they have begun pushing the limits on what traditional media has defined as content. This burst of creativity has come predominantly from non-metro cities, signalling a potentially untapped market for creators of all kinds.

Of course, the big question everyone is asking is will audiences come back to the cinemas or has this last year made them so used to on-demand content that they will not want to go through the trouble anymore?

Multiplex chain operators and single-screen cinemas have been suffering from the lack of a fresh slate of releases, poor footfalls and mandated restrictions. While the current numbers depict a grim picture, I do believe the experience of the cinema is beyond the realm of pure convenience and accessibility. The big movie experience is a communal experience that has been built and nurtured over more than a century. Our industry will doubtless need to bring fresh stories to the big screen in a manner that tempts audiences enough to step out and immerse themselves in them. Not only will this improve the quality of cinema, but also inject more confidence into risk-taking movie-makers in the business, leading to a virtuous cycle. And if you’re still more trusting of the cold numbers, a survey by the Multiplex Association of India last year revealed that 83 percent of respondents admitted that they missed watching movies at cinema halls. So there!

Our biggest strength as a nation has always been our diversity. The kaleidoscope of thoughts, ideas, experiences and personalities that come together to give us our unique place in the sun.

In the same way, notwithstanding the current headwinds, our industry will thrive due to the myriad ways in which content can now be consumed. The big film experience, the more intimate OTT film, the linear TV family viewing experience, the on-the-go mobile personal entertainer or even the magic of the stage are different arenas for storytelling, which don’t necessarily have to compete. The way forward is a more efficient landscape supported by better infrastructure and hopefully more progressive policy, driven by authentic storytelling and powered by intelligently priced offerings. With this, we still have the potential of being recognised as the world’s cultural hub for storytelling in the decades to come. You may call me a dreamer, but I’m not the only one!

● The writer is founder and managing director of Roy Kapur Films