In my mind I'm not different from any male actor: Deepika Padukone

The svelte actress, who ruled the box office in 2013 with four successive 100-crore hits, talks about movies and things that mark showbiz 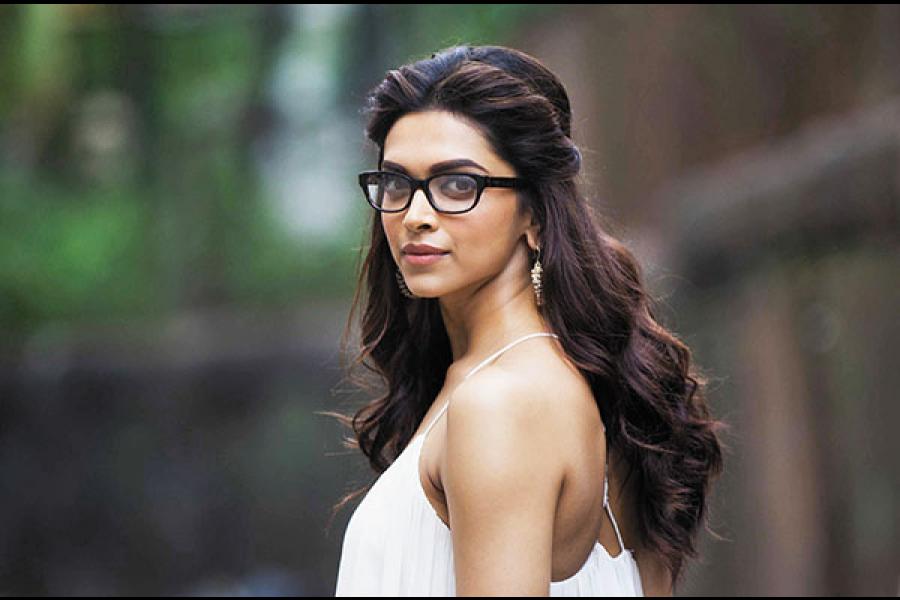 Q. You’ve just returned from Dubai where you did a concert. Do you enjoy stage shows?
I have never done too many stage shows because I like doing them properly. Only if I have enough time, I do it. Some people can do it with a day’s practice, like Shah Rukh has a great memory, can remember all his steps and has done it for many years now. I like to be thorough in what I do. I know it’s a contrast to the way this industry behaves, but I like to be prepared.

Q. Would you call yourself a method actor wherein you study the character first?  Or do you simply attempt to look the part?
A bit of both. If it’s a specific character, I like to read, rehearse and prepare. Though for the performance, I like to keep it spontaneous.

Q. For Chennai Express, did you have to prepare?
The accent was the only thing I needed to work on. Performances within the scene are all spontaneous and organic. Not planned or rehearsed.

Q. Which have been the toughest roles in your career so far?
Suddenly it sounds like I’ve had a full career since I have had five releases dhadadhad. Each role, though, is quite different. I think the toughest at that point of time … was tough playing Veronica [in Cocktail] since it was quite different from what I am. But in hindsight, I think it was still easy because I just became that part.

Q. How do you get into the zone?
My mind is constantly working. I am an observer. I like watching people. I like to talk less and observe more. And that’s my inherent nature, not just for films. That’s helped me along the way. I enjoy observing at airports and sitting in a car. Some things… they just stay with you.

Q. How do you define your sex appeal?
If people want to understand who I am, then I am Naina Talwar of Yeh Jawaani Hai Deewani. Sensuality, strength of a woman… sometimes these things are in the way a character is written. And for someone like Leela, [in Ram Leela] it was written like that. So I just played the part.

Q. For every actor, time at the top is limited. Is there an anxiety and wanting to make the most of it by developing an alternative business?
I don’t have a business mind but I am surrounded by smart people like Dinesh Vijayan from Illuminati [Films]. He is someone who is my confidante and brother. Then I have Anirban Blah of Kwan and my Dad …these are people who I really trust. Dad handles my money and future investments.

I am what I am because of my films. So it’s the time that I spend in front of the camera that has made me the person that I am today and that will make me the person I will be in future. And that nobody can make me do. How I approach my performance, my roles is what only I can do, nobody can advise me on that. So I would much rather focus on that than business or investments, money management etc.

Q. What are your views on the longevity of a female lead actor versus a male actor? Why do actresses have a shorter shelf life?
Let’s not shy away from the fact that it [gender bias] exists, but if I keep acknowledging this fact, then I will not be able to do anything different. In my mind I am not different from any male actor. If a guy can work till he is 40, 50 or 60 then why shouldn’t I? I am not thinking of marriage in the next 5 years. Rather, I am thinking that even if I get married in the next 5 years and have kids, what are the kind of films I can do… the movies where I can balance family life and still continue to work. I don’t think work ends after marriage. I do plan to work towards extending the time given to female actresses. I think until we change the way we look at this, anything is going to change. So I don’t even acknowledge it. I think the question itself is wrong.

Q. Earlier the media spoke more about your relationships but now your performance is the focus. What lessons have you picked up? Has there been an inward-looking and decision-making for the future?
Maybe it’s a bit of both. The focus earlier was on my relationships because my films were not doing well. Today there is enough to talk about my performances, so media has shifted focus. From my side I have realised that being open about your past relationships is not possible in our country. People don’t respect the fact the two people are in a relationship and they should just let them be. Everything is under scrutiny. I guess if you are a public figure, you are bound to be scrutinized. So I don’t think I am emotionally ready to invest in a relationship right now. Yes, others might feel I am being guarded about my personal life and don’t want to talk about it. But honestly, I am not in one and not ready to be open enough to talk about it [even if I am in one].
Is there a correlation between letting go of a relationship and focusing on career?
I don’t have the time to be in one, and I am very traditional and conservative in that sense. If I’m in a relationship then there is no in-between for me, I give 100 percent to it. Which is why, whether we like it or not is time consuming which I am not ready for.
Q. What do you do in your me-time?
Which me-time? In the last two years I have had none. I have been working for months together without a break. And now I have a house to run, so I get very little time. The only time I watch a move is on a flight. For me watching TV and movies though is last priority. Top priority is my home, immediate stuff that needs to be done at home. Running a house in Mumbai is not easy as I do single-handedly. But I am a spa junkie and like to work out. My friends have disowned me right now.

Tweets by @forbesindia
Deepika Padukone: Living a Fairytale
Podcast: What 2014 Has In Store For Us