MissMalini.com started with a couch and laptop as an office; today it is an entertainment company with 12 to 13 bloggers and a team of 47 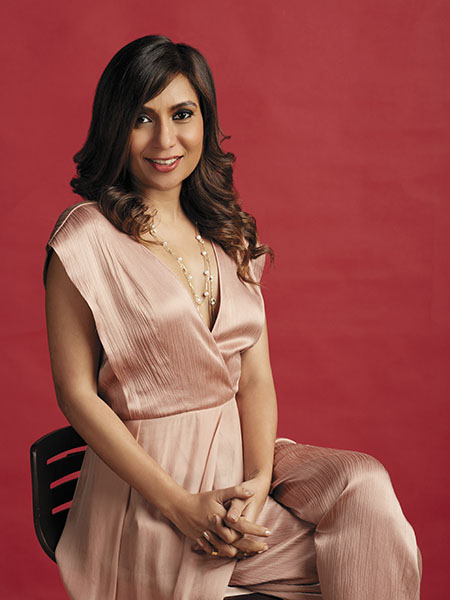 For three years from 2008, Malini Agarwal juggled a full-time day job, a radio show, a newspaper column and a blog, MissMalini.com, about her experiences in Mumbai. When response to the blog drew in brands, her friend and now partner Mike Melli, who had worked in the space and had seen the business potential of blogging, offered to help.

“At that time I had joined channel V to become their digital content head and I was still doing radio and still writing the column. But I said I’m going to quit all my jobs and I’m just going to blog full time and see what happens,” recalls Agarwal, 40, founder and creative director, MissMalini Entertainment, at her office in Santacruz, Mumbai. Her boyfriend (now husband Nowshad Rizwanullah, CEO) also pitched in before joining full time.

The blog grew and they decided it would no longer just be a “desi girl’s diary”, instead focusing on content that would make it a place “where millennials come and get everything”. “We decided that [the blog] might be a sub-section, but let’s be a little more defined, and that’s when we broke up the content into Bollywood and fashion and lifestyle, and in Bollywood we thought we’d do news and events and feature photographs,” adds Agarwal, whose inspirations include Perez Hilton, celebrity American blogger, and Refinery29, a lifestyle portal for the youth.

What started with her couch and laptop as an office is today an entertainment company with 12 to 13 bloggers, a team of 47, and revenues in excess of a million dollars. “We raised a small angel round in 2012 when we first decided to turn our hobby blog into a professional operation,” says Rizwanullah (37).

The funds were used to build their content and sales operations, “which allowed us to build a thriving business that expanded the blog into social media marketing, video creation, television production, and digital audio”.

They became profitable in 2014, have grown revenue by a CAGR of more than 100 percent over 5 years, and have built out new revenue streams, such as TV shows and awards, points out Rizwanullah. In 2017, they also took private funding, “and are now looking at another series A round of funding in the next 12 to 18 months”, says Agarwal.

“She had the contacts, she has maintained the relationships, and having done that, she has been able to move to a depth with people where she is able to engage with them and create unique content,” says N Chandramouli, CEO of brand consultancy TRA Research, referring to her Bollywood connections. “She has broken the mould, not gender-wise but in terms of getting journalism to something that is sustainable economically in the online space.”

Her focus and drive have meant that the website has 4 million unique visitors a month. “We’re planning to do some big properties: We’re putting together our Bollywood awards, we did our beauty awards for the first time, we’re going to do a huge show called Not Size Zero,” says Agarwal, whose show Vh1 Inside Access with MissMalini is into its second season and who recently released a book To the Moon: How I Blogged My Way to Bollywood. The book tells her story so far and is also a guide to building a brand. Because, as she says, “I felt like I learnt so much along the way, why not give it back.”