Torchbearers of hope: These women persuade others to dream bigger, climb higher 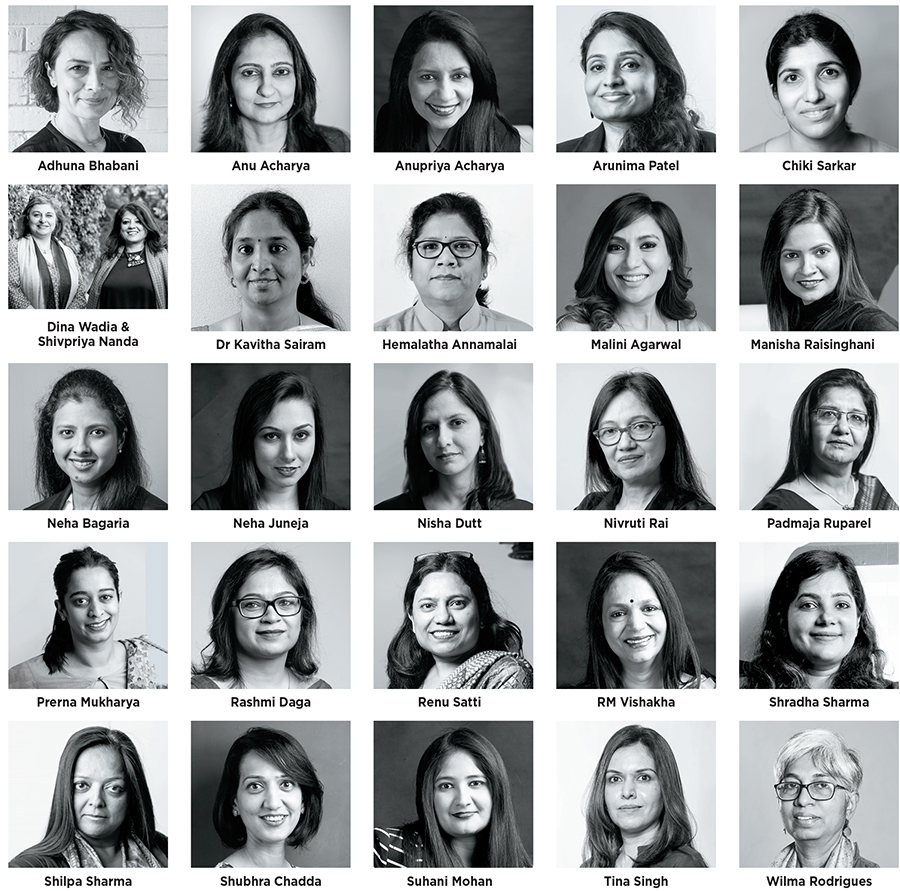 At a recent gathering on advancing women’s leadership in Mumbai, Ginni Rometty spoke of how she vehemently declined interview requests for two years after being elevated to the top job at IBM. Despite being the first woman to be appointed CEO in the technology giant’s 100-year history, Rometty held back. “I didn’t want to be labelled the first woman CEO. I just wanted to be a CEO,” she shrugged. “Judge me for my work, not for being a woman.”

Two years on, she happened to be delivering a talk about IBM’s push into big data, cloud computing and Artificial Intelligence at an industry forum. By her own admission, she thought she had done a “great job”, so when a man came up to her after the event, Rometty expected to be told just that. Instead, he looked at her squarely and said, “I wish my daughters had been here.”

Now, more than ever, role models are critical.

Consider the #metoo movement that erupted in the wake of women, once silenced by fear, speaking out against sexual harassment. That the women involved in the Harvey Weinstein revelations are famous and powerful, encouraged others to feel empowered and less isolated. They too spoke out and the hashtag went viral. Whether this will lead to permanent change in behaviour is yet to be seen, but the fact that role models were key to the crusade is clear.

So also in business. Sadly, there are too few women in top jobs to show how it is done. Despite several studies highlighting the correlation between female leadership and financial performance, women remain stubbornly under-represented at the top of the corporate hierarchy.

The Forbes India W-Power Trailblazers issue, now in its second edition, is an attempt to shine the light on female role models: Entrepreneurs and professionals who through their work and leadership can persuade others to be bolder, dream bigger and climb higher.

Profiled in the issue are 25 such women picked by our jury of hall-of-famers–Vinita Bali, Naina Lal Kidwai, Zia Mody, Kalpana Morparia, Swati Piramal, Ashu Suyash and Ireena Vittal. A longlist compiled by the Forbes India team was given to them, along with five criteria to consider (see Methodology). The final list was put together based on jury votes.

To be sure, this is not a ranking but a qualitative selection–a grouping of groundbreakers, game-changers and innovators who are driving businesses, shattering stereotypes and aiming high. There’s Manisha Raisinghani, who, as chief technology officer at LogiNext, a deep-learning driven logistics management company, is not only an anomaly in the world of logistics, but also in the world of high tech. There’s Wilma Rodrigues of Saahas Waste Management that takes care of 30 tonnes of solid waste per day in Bengaluru; and Hemalatha Annamalai, founder of Ampere Vehicles, maker of electric two-and-three-wheelers, who are silently steering change from the sidelines.

There are professionals like Renu Satti of Paytm Payments Bank, Anupriya Acharya, the feisty India head of Publicis Media, and Nisha Dutt of Intellecap who have steadily climbed the corporate ladder. And there are innovators like Dr Kavitha Sairam who have developed transformative technologies like nanofibre solutions to tackle problems in agriculture and health care.

Common to all these extraordinary women is their daring. Gender doesn’t shackle them, neither does self-doubt. They bet big, have a higher purpose and are unafraid of failure. Together, they provide hope that having more women role models is actually not a far-off dream.

Methodology
The Forbes India W-Power Trailblazers have been chosen by a jury of seven stalwarts from Indian business. They were given a longlist of candidates from diverse businesses to choose from, and the following criteria for selection: (1) Should be a rising entrepreneur or professional, as opposed to an established one (2) Should have achieved something significant over the last year (3) Should have a robust and/or unique business model (4) In the case of entrepreneurs, should have received some external funding. If bootstrapped, should have a path to profits and (5) Should be inspirational to women in terms of setting the tone of what is possible. The final names were decided on the basis of jury votes.

Tweets by @forbesindia
Ten interesting things that we read this week
What Does It Take To Be A Successful Digital Agency In 2018?