30 Under 30: Filmmaker Shubhashish Bhutiani is a master of empathy 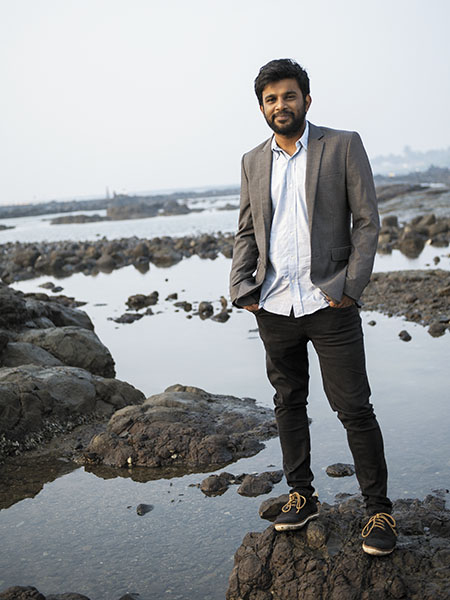 While studying at a boarding school in Mussoorie, stealing time to watch films—both Hollywood and Bollywood—was Shubhashish Bhutiani’s way of beating boredom.

Encouraging his pursuit, a teacher introduced him to world cinema and, by the age of 16, he was watching three films a day, and clear about his calling.

Mumbai-based Bhutiani was just 21 when he wrote and directed Kush, his thesis film for his undergraduate course at the School of Visual Arts, New York. Set against the backdrop of the 1984 anti-Sikh riots, the 25-minute film showcased his sensitivity and craftsmanship. It also won him several laurels: An award at the 2013 Venice International Film Festival, the National Film Award for Best Promotional Film (2013) and over 25 international awards. Kush was even shortlisted for the 2014 Academy Award for Best Live Action Short Film.

“ To understand other people, all we need is empathy. I find a strong connection to my characters’ emotions. If the audience also feels the same, it goes beyond geographical boundaries

Bhutiani, 25, is now ready with his debut feature film, Mukti Bhawan, a comedy-drama that explores issues like death and relationships. He gets goosebumps when he recalls the 10-minute standing ovation the film got at the 2016 Venice International Film Festival, but is not surprised by its universal appeal. “To understand other people, all we need is empathy. I find a strong connection to my characters’ emotions. If the audience also feels the same, it goes beyond geographical boundaries,” he says.

Mukti Bhawan releases in India this April, but has already impressed critics worldwide. Actor Adil Hussain, who stars in the film, describes Bhutiani as “a rare combination of humility, wisdom and intelligence”. That speaks a lot for the promise he holds.

Tweets by @forbesindia
30 Under 30: Masaba Gupta's instinct-driven designs belie her age
30 Under 30:Raghav Chandra and Varun Khaitan's UrbanClap solves your home needs in a clap