30 Under 30:Raghav Chandra and Varun Khaitan's UrbanClap solves your home needs in a clap 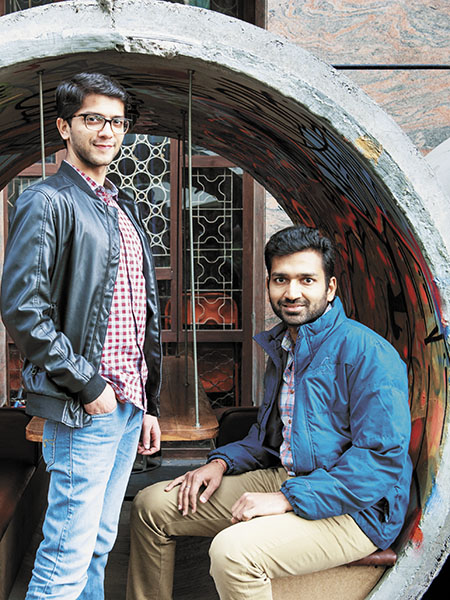 Varun Khaitan and Abhiraj Bhal, co-founders of UrbanClap—an online marketplace that connects customers to service professionals—met over a decade ago at IIT Kanpur. Post their graduation in electrical engineering in 2009, both migrated to the US to work. Khaitan had short stints at Qualcomm and the Boston Consulting Group, before returning to India in November 2013. Coincidentally, Bhal, who turned 30 last year, also returned around the same time.

In early 2014, the two founded Cinema Box, a service which helped travellers stream movies on their smartphones while on a train, bus or airplane through Wi-Fi.

It was around this time that their paths crossed with Raghav Chandra, who was introduced to them by a common friend. Chandra, a computer science and engineering graduate from the University of California, Berkeley, had a brief stint at the microblogging site Twitter, before returning to India in late 2013. Chandra’s first startup Buggi was focussed on the carpooling and ride sharing space. (Both Buggi and Cinema Box have since shut shop.)

United by the desire to start an online hyperlocal marketplace, their friendship grew naturally.

In August-September of 2014, the three launched UrbanClap to connect users with professionals—be it a plumber, an electrician, a wedding photographer, a math teacher, a yoga instructor, a lawyer or a chartered accountant. Currently, the company provides services in eight Indian cities with over 60,000 professionals on its platform, fulfilling the requests of approximately 5,500 customers daily.

The startup charges a fee from only the service professionals—its share for getting them more business. “We have helped at least half of them [the professionals on its platform] clock a very large and meaningful growth in their respective businesses,” says Khaitan.

Kunal Bahl sums up why a galaxy of investors has bet its money on the company: “UrbanClap is a terrific company run by one of the best entrepreneurial teams in the country. They are data-oriented, consumer-focussed and believe in rapid execution, all hallmarks of a great company in the making.”

Tweets by @forbesindia
30 Under 30: Filmmaker Shubhashish Bhutiani is a master of empathy
Tata Sons removes Mistry as director